On Monday afternoon, Chief Thomas Nestel of the SEPTA Transit Police tweeted the announcement that his department would begin a trial of body-worn cameras by 3 on-duty officers, starting this Wednesday. He also held a press conference yesterday. 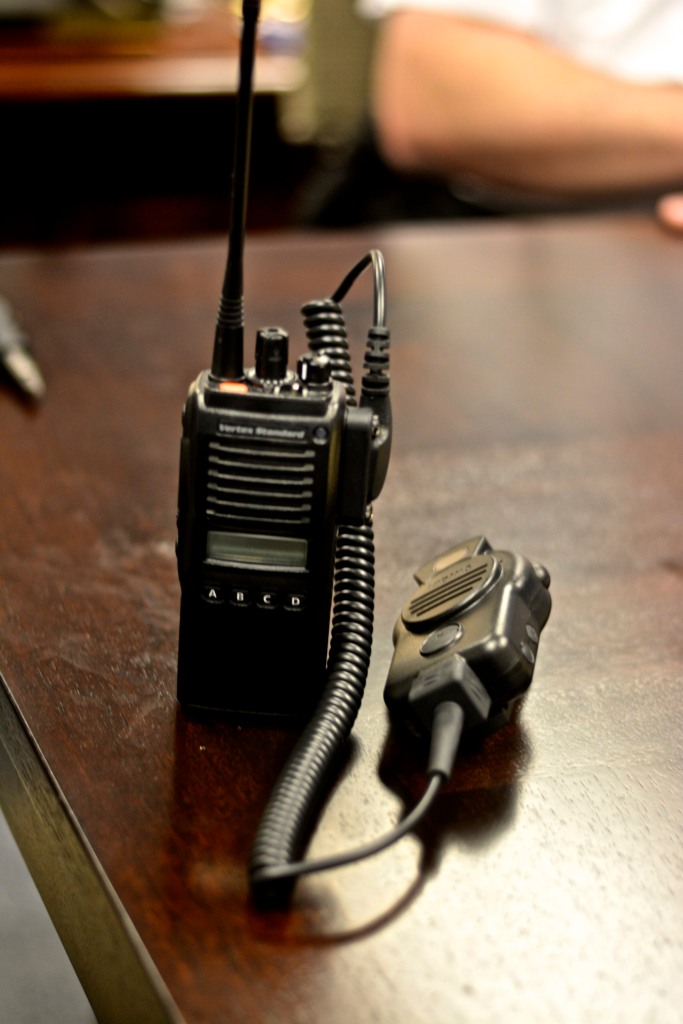 Chief Nestel, who recently attended a public forum on a federal review of Philadelphia Police officer-involved shootings hosted by the Police Advisory Commission  (PAC) and the Department of Justice Community Oriented Police Services (COPS),  says the pilot program has been months in the works. He says hearing the deep mistrust and frustration expressed at the forum reinforced the need for a better objective record of community-police interactions. “It’s a winning proposition for everyone,” Chief Nestel told The Declaration‘s Joshua Albert, in an interview Wednesday afternoon at SEPTA Police headquarters at 1234 Market Street.

Chief Nestel’s Twitter announcement was met with a litany of 140 character protestations from another account, @FOPLodge109, which teased the Chief for his online popularity (the Chief is well-known for his hashtag  #cheesesandwich, for the meal that awaits the just-arrested), referring to him as a “super star” and volunteering him for first duty as patrolling cameraman.  The account, which The Declaration has been unable to confirm has any connection to a law enforcement agency or employee organization, also cited potential safety issues, such as already cumbersome equipment having yet more weight added.

Chief Nestel invited our reporter to the SEPTA police headquarters for more details on the program and to photograph the new equipment. 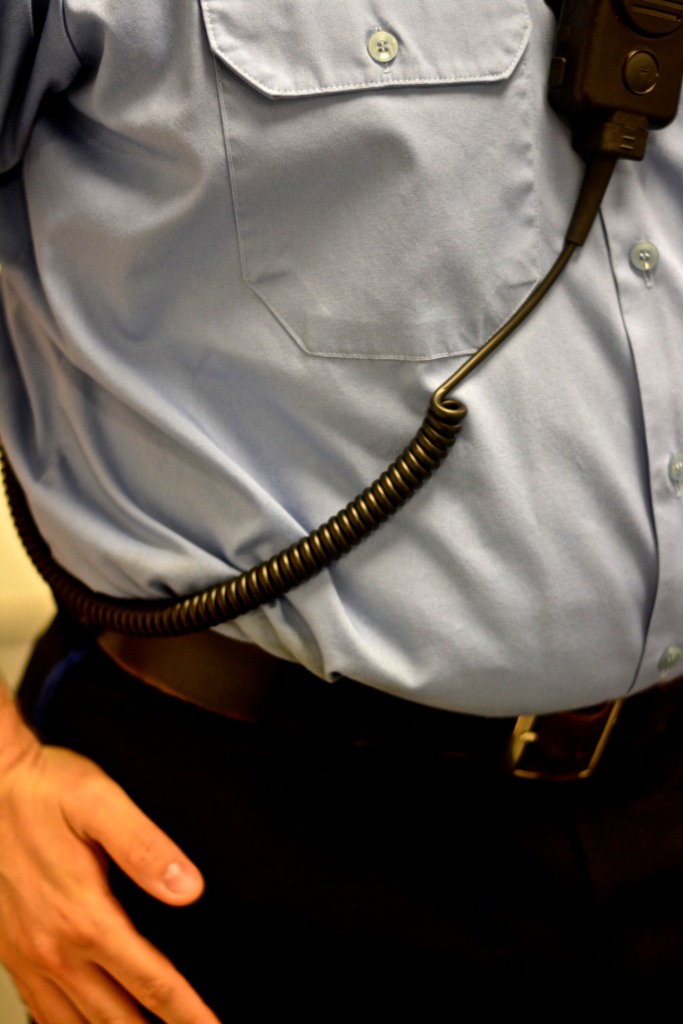 The new equipment on an officer, for scale. Photo by Joshua Albert

The new devices are a gear swap more than a gear addition; they replace the current police radios with radios whose detached microphones include a camera, made by Safety Innovations. Two devices went into service on volunteer officers in high-traffic areas today. One unit malfunctioned (and was thus available for our reporter to photograph).
Current research on officer-civilian interaction involving use of body-worn cameras indicates favorable results for both groups. Most law enforcement officers say they felt safer from litigation and false complaints, and in jurisdictions where the technology has been widely implemented, studies have found remarkable reduction in both complaints against officers and incidents of the use of force. Chief Nestel stressed that the move was in the best interest of all parties. Asked about the Twitter account’s lambasting of the step, he observed that people are often resistant to new technology until they have personal experience with how it affects their lives. He acknowledged that there has been some push back against the move from the transit police union, but added that they “are doing their job” by defending the sensibilities of the members they represent.
The cameras do not run non-stop during the officers’ shift – they are turned on when they are responding to a call and not allowed to be turned off until that call has been cleared and they are no longer working on that assignment.  Chief Nestel told our reporter:

“If you’re stupid enough to do something you shouldn’t be doing while wearing a camera, we don’t need you here,” Nestel told us.  “This is going to be a tool to figure out the truth,” added the Chief.