The Declaration editors decided to walk around the Made in America grounds to see what kind of surveillance and emergency operations infrastructure they have in place just for the festival.

While we both agreed that the security theater was not terribly over-the-top when it came to electronic scenery, some technology in use at the concert merits the public’s awareness.

And: along with the expected SWAT and Major Incident Response Vehicles (and some pretty rad Bomb Disposal Unit motorcycles), something rather large and conspicuous has earned a mention: a tractor-trailer for the Pennsylvania FEMA National Urban Search and Rescue Task Force.

A truck parked beneath the Art Museum Saturday afternoon. Well, its door. Photo by Kenneth Lipp

We generally thought this was strange. We shot a quick video so you could see.  We also felt it was unwise for the operator of the official SUV parked behind the trailer to leave the Tactical Operations Plan for the event on both his back seat and in his cup-holder, in plain view. We won’t post the pictures but trust us.

Some other surveillance tech in use and worth note: portable IP cameras mounted to light posts and connected via a wireless mesh network; the ELSAG Mobile Plate Hunter 900, an Automatic License Plate Reader (parked at Kelly Drive, scanning all vehicles that passed). 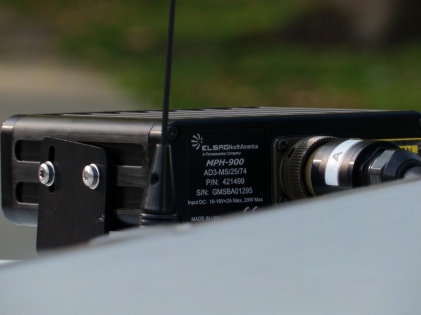 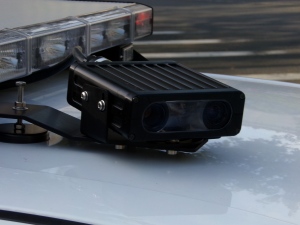 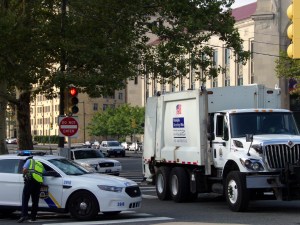 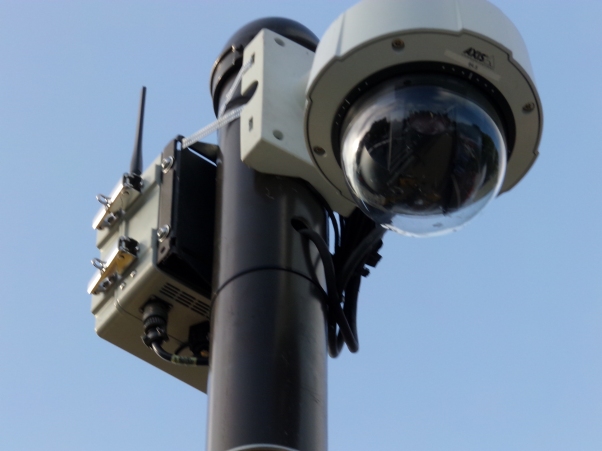 Wireless IP cameras like these allow police to set up ad-hoc surveillance networks without a need for any existing infrastructure. You can see the cameras and routers are recently attached with pipe strap. Photos by Kenneth Lipp. 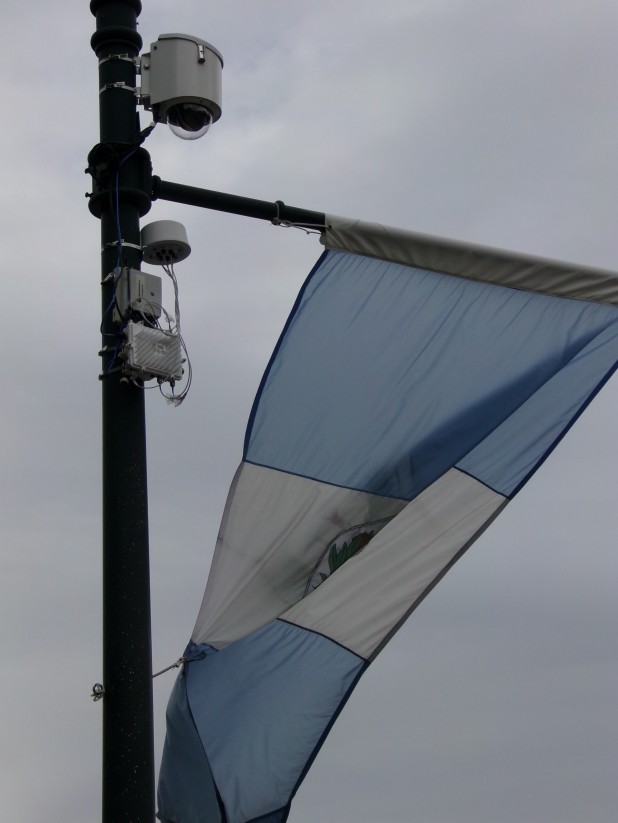 There’s also this Homeland Security Unit that includes a tower with a helicopter up-link, it has a mobile version with a tablet-like interface (an officer was nice enough to show us). 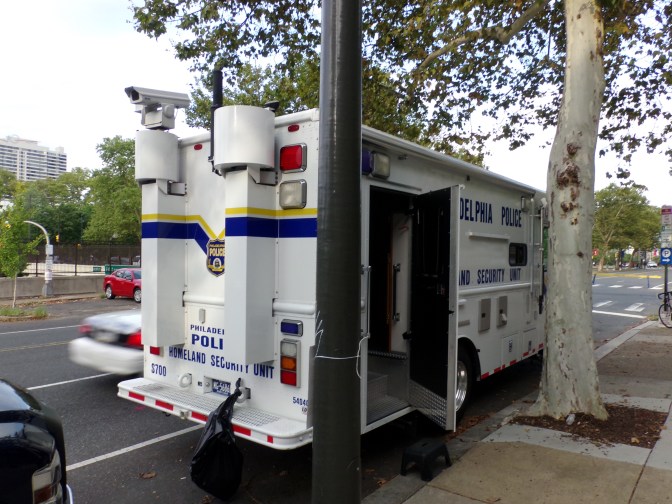 The tower on the right houses an up-link device that allows this mobile command center to coordinate ground operations with a helicopter overhead. Photo by Kenneth Lipp.

You have to admit these bikes are sick. 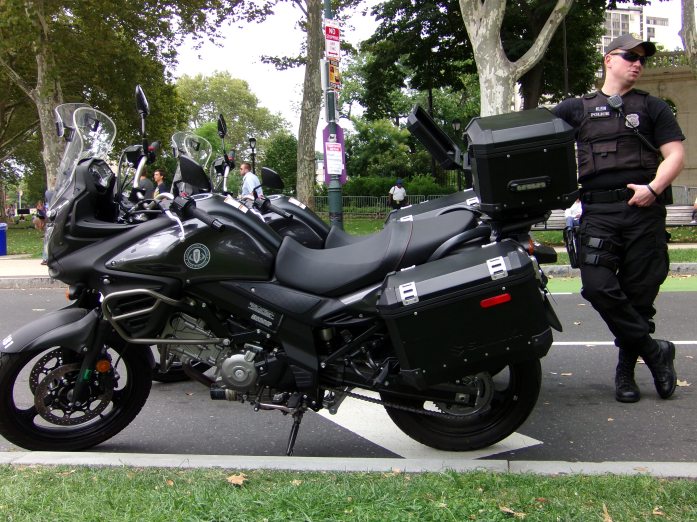 Bomb squads need Bat-Bikes in case a defusing goes awry and they have something they need to GTFO. Photo by Kenneth Lipp 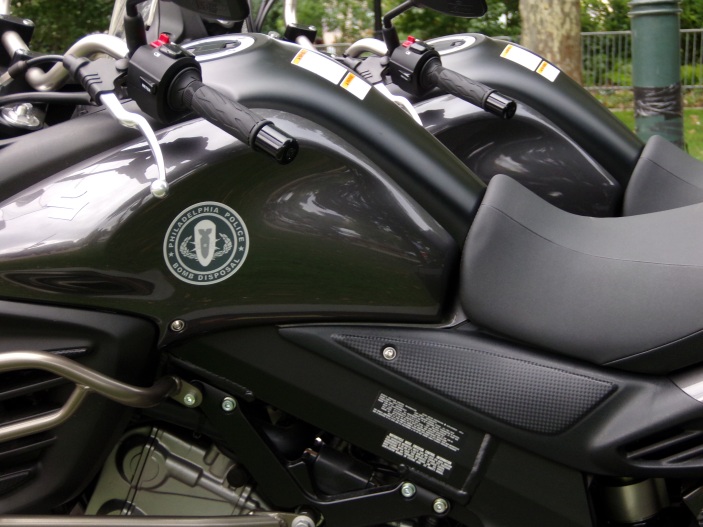