Protesters hit the streets of Center City yesterday to call out Wells Fargo Bank’s involvement in issues ranging from the Dakota Access Pipeline to debt service of struggling local schools (the bank draws 10% of the Philadelphia School District’s budget).

On the eve of President-elect Donald Trump’s inauguration, demonstrators also sought to draw attention to over $282 million in securitized loans made by the bank to the incoming president, just one of many potential conflicts of interest that troubles Constitutional observers. 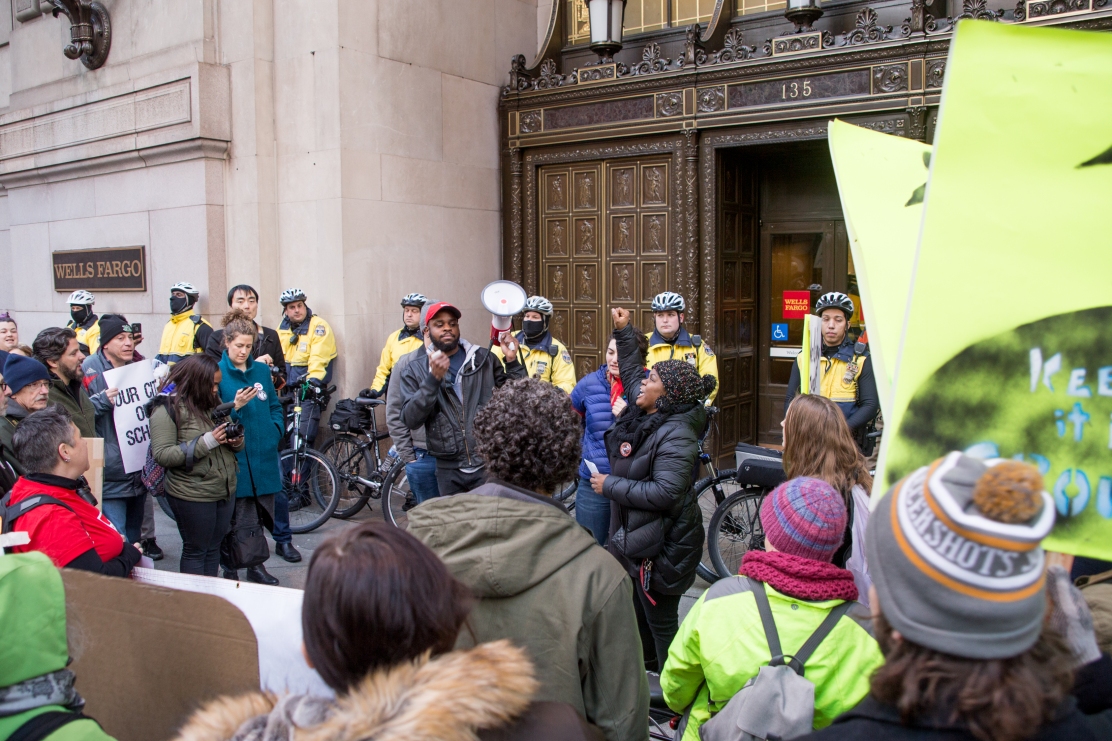 Dustin Slaughter contributed to this report.