Hundreds gathered for a rally this morning outside of the old U.S. Customs House, where Customs and Border Protection now has an office, in a rally to support the Deferred Action for Childhood Arrivals program. Elected officials and DACA recipients spoke about how the program benefited the city of Philadelphia as well as families and communities.

A demonstrator prepares a sign before the rally begins.

Olivia Vazquez, a community organizer from Juntos and a DACA recipient. 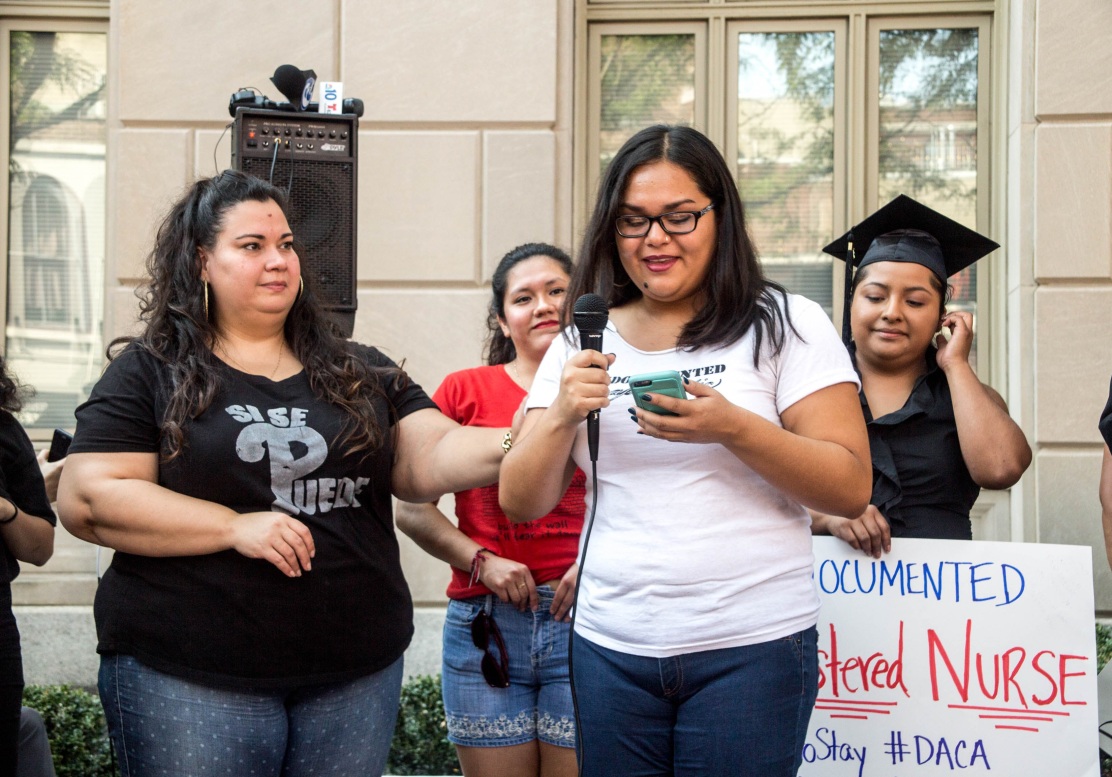 A DACA recipient and registered nurse. 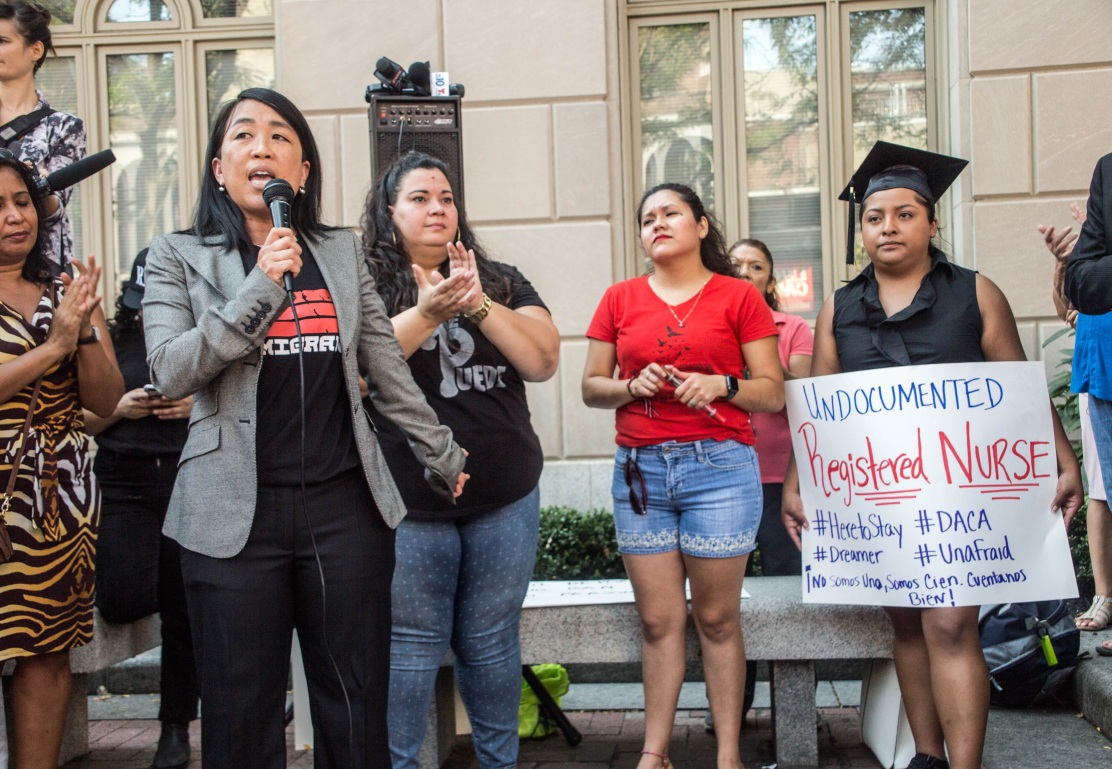 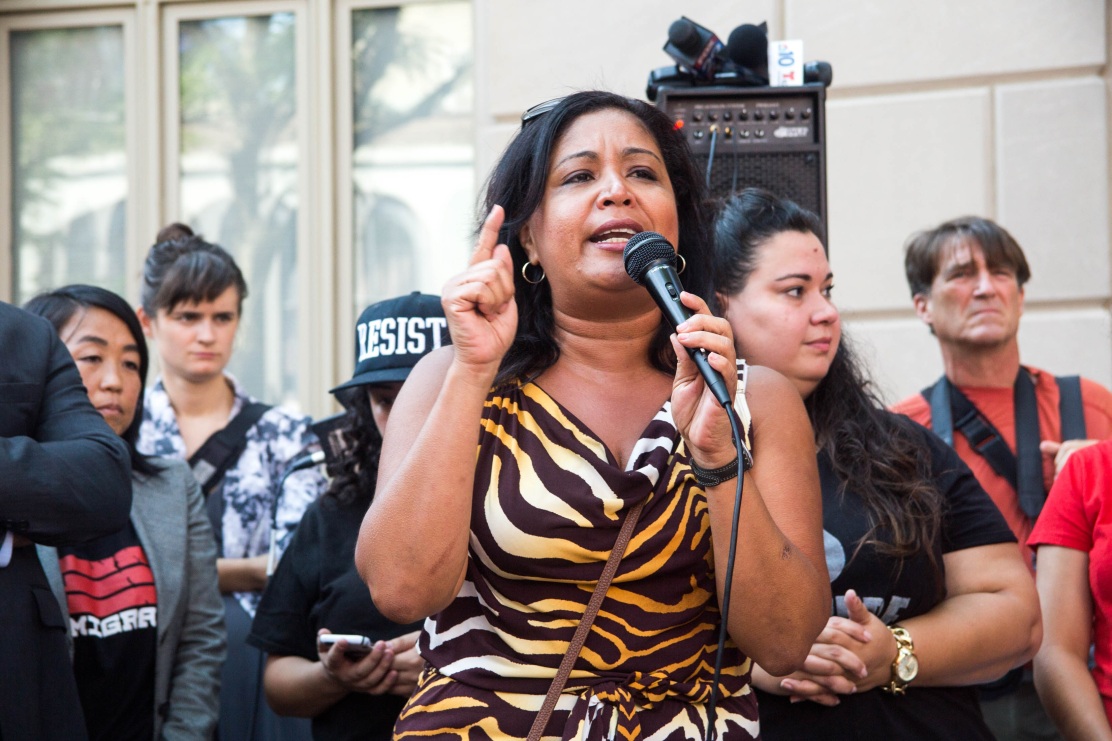 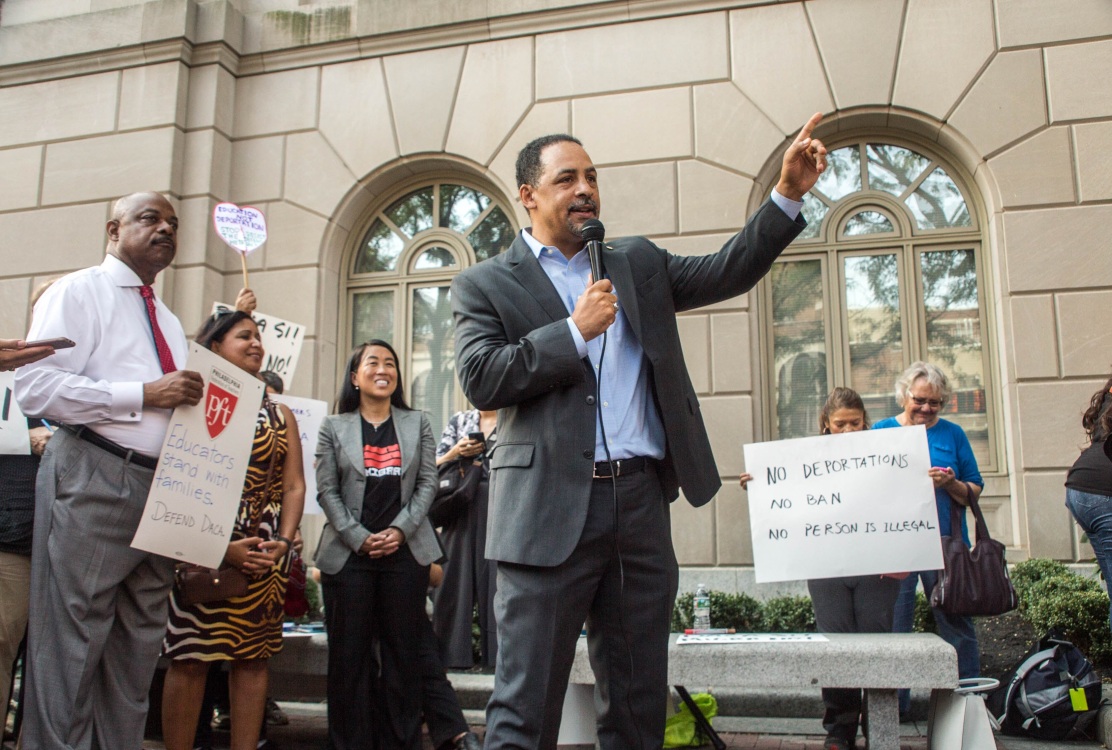 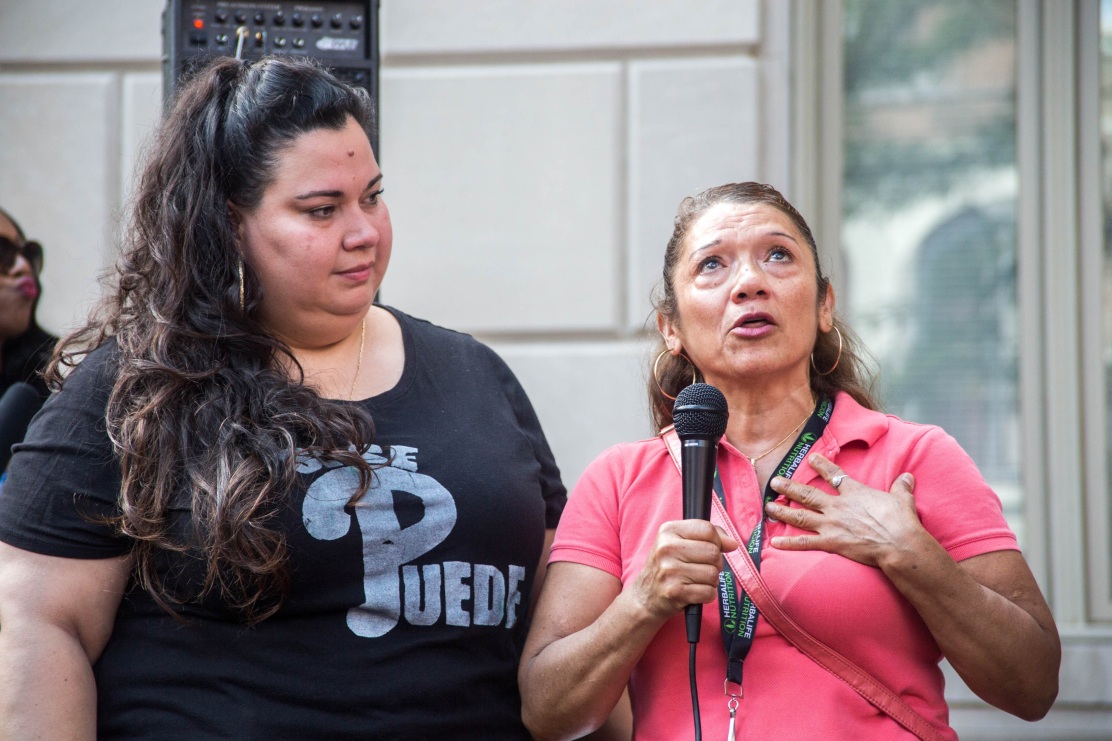 Rally participants then marched from Second and Chestnut Streets to the Federal Detention Center at Seventh and Arch Streets. 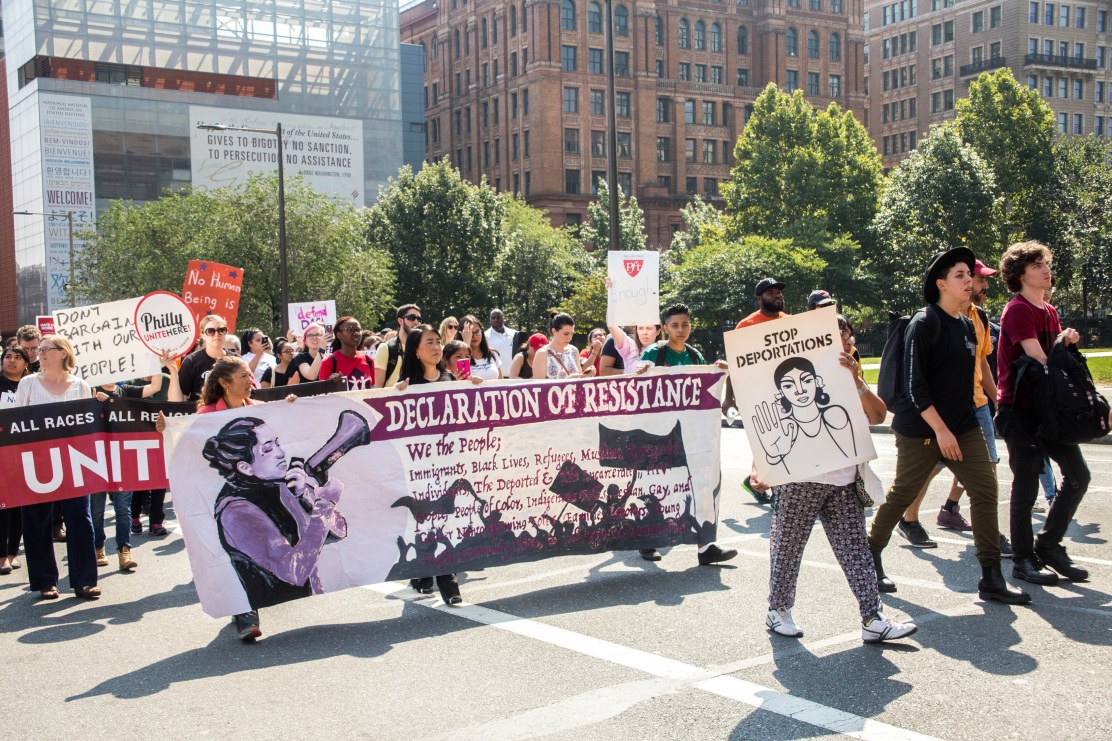 The march ended at the Federal Detention Center. Demonstrators rallied outside singing and shouting to people in the building. Prisoners in the cells of the Detention Center could be heard tapping on the glass in response. 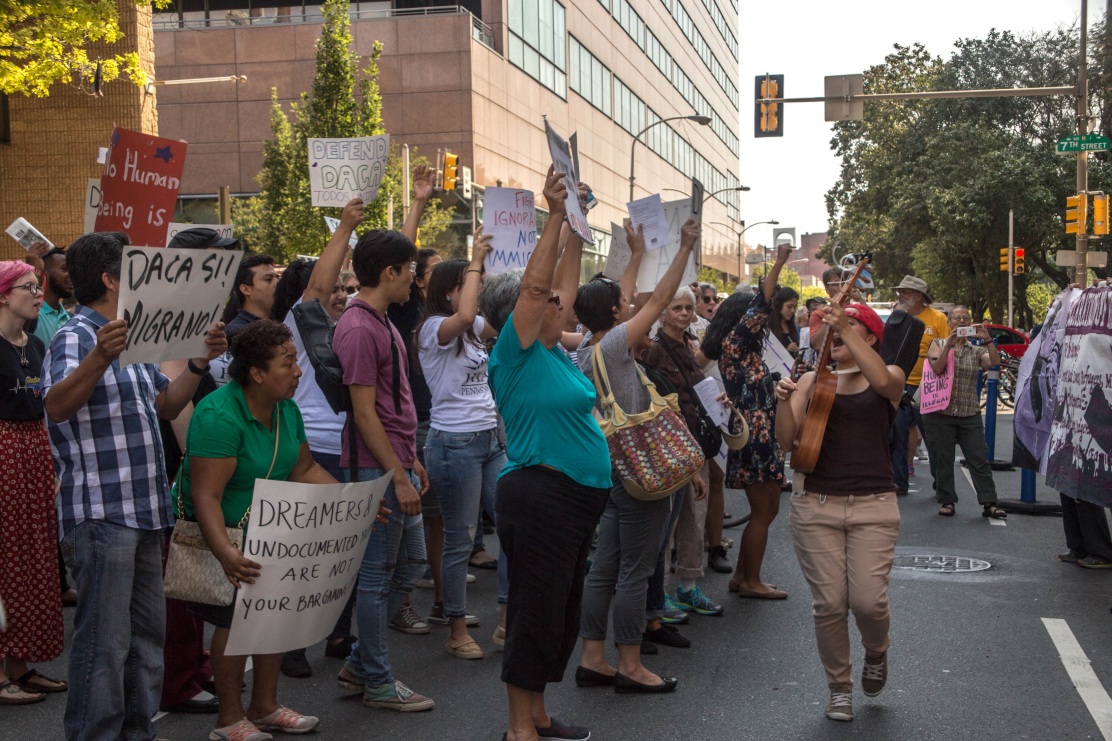 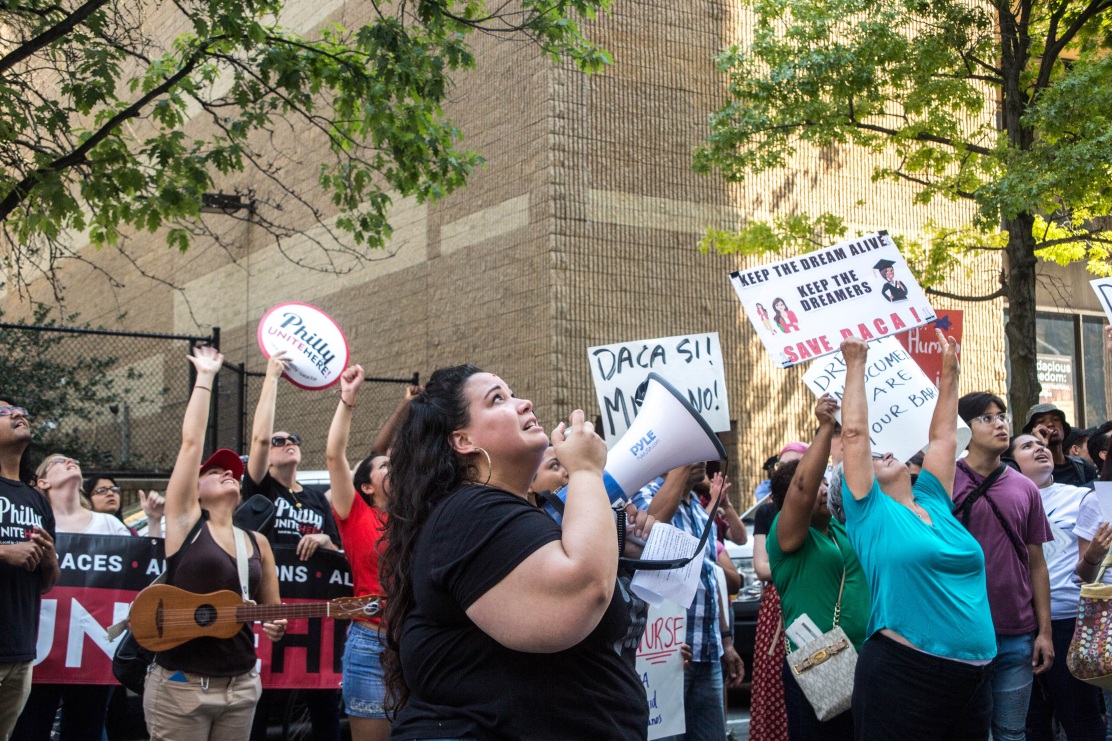