It is a crisp Saturday morning in late November, and the University of Pennsylvania’s campus is just barely stirring, as I walk into the Silverman building and head towards Room 147, excited about this morning’s roundtable discussion: Spying and the Judiciary: FISA and Other Special Courts.

The event is one of seven moderated discussions included in the university’s Center for Ethics and the Rule of Law (CERL) conference, On the Very Idea of Secret Laws: Transparency and Publicity in Deliberative Democracy.

I’m not the only geek fired-up either: a portly man in a suit and tie walks up next to me as we briskly move towards the meeting room.

“We’re in for a treat this morning!” he says, his mouth cracked with a grin and his eyes alight. Only one of us would end up attending, however – and it had nothing to do with my lacking a tie.

After taking a seat (and catching out of the corner of my eye NSA’s deputy director John “Chris” Inglis drift into the room, among others), a wiry CERL staffer named Ilya Rudyak walks over and asks for my name. I introduce myself and offer my press badge.

“You’re going to have to leave,” he says with a nervous smile.

After escorting me out into the hallway, another CERL representative, Claire Finkelstein, says I can stop back in towards the end of the lunch break to ask her some questions.

In other words, this morning’s moderated discussion on secret courts, secret laws, and a rampaging surveillance apparatus is strangely, well, secret.

In fact, every event during this two day conference – with the exception of Chris Inglis’ keynote speech inside a packed auditorium the night before – is listed on the university’s law department website, yet completely shielded from press and public scrutiny. Furthermore, none of the event listings even have a full roster of attendees.

I find a 14-page list of participant bios outside the room. The packet is chock full of representatives from the defense industry, intelligence community, academia, and think tanks such as the Cato Institute.

Courtesy for the Powerful, Not the Public

I return near the end of the attendees’ lunch break and quickly find CERL’s head staff member, Claire Finkelstein. She seems dismayed that I’m actually taking up her earlier invitation.

“Is there classified information being discussed here?” I ask Finkelstein.

“No, no classified information, but sensitive topics.”

“So if there’s no classified information being disclosed here, why is it closed to the public?”

She soon randomly passes me off to another attendee: the ACLU’s Alex Abdo.

“There’s a non-attribution agreement that applies, a ‘Chatham House Rule’ that people here are talking about,” Alex Abdo tells me.

Abdo is an ACLU staff attorney and participant in that organization’s National Security Project. He arrived here this morning after doing battle with the National Security Agency in U.S. District Court in Lower Manhattan the day before.

Abdo is also a conference participant. At moments during our conversation, he seems embarrassed when I press him on the absurdly-ironic secrecy cloaking a conference whose very theme ostensibly seeks to take a critical look at Intelligence Community obfuscation.

Hell, even several participants (including Dr. Hans Blix) during a 2006 UK conference on freedom of information and the Iraq War scoffed at invoking the Chatham House rule.

“It’s a really fascinating discussion about how we should think about privacy in an era where so much private information can be collected so easily. That’s my understanding about what’s happened today so far.”

Thanks for the boilerplate, Mr. Abdo, but I’m still trying to wrap my head around why the public should be barred from participating in – or even observing – this “fascinating discussion” on how our “private information can be collected so easily.”

I’ve been to a couple of these meetings before,” Abdo begins. “Usually, the thought is that if you get a bunch of people who are really thinking and working on these issues together in a room, and you promise not to use what they say against them later on, you’ll foster a thoughtful and uninhibited conversation.

If no one’s surveilling you, you can have an uninhibited conversation.

Julian Sanchez, a CATO Institute research fellow who attended the conference in its entirety, more-explicitly characterized this rule’s real purpose in a series of emails to me:

I can promise you none of those people ever wants to be quoted in a newspaper making what comes off as a harsh personal criticism of a federal judge [who is assigned to the Foreign Intelligence Surveillance Court]—or even seeming like they partially agree with someone else’s criticism,” he continues. “In certain circles, that’s at least going to be a huge PR headache, and very likely career kryptonite. Maybe I can just come right out and say ‘that opinion was a total disaster,’ but I’m never going to have to argue a case before that judge, or be applying for a job at DOJ, and I’m certainly not important enough to make headlines with an offhand remark. So the only way you really get a free-flowing, honest discussion is if everyone can just talk without thinking about whether they’re going to make a Huffington Post headline if they phrase something the wrong way.

Whether or not Sanchez was aware, there weren’t just “a bunch of [government] lawyers” in attendance, however. In addition to top-ranking officials within the Intelligence Community, individuals with long-standing corporate ties to the defense and intelligence industries participated too. To shed some light on a frustratingly non-transparent gathering, here’s a small sampling of attendees from the conference roster:

So while influential members of government and private industry discuss issues (behind closed doors and shielded from any attribution to “career-damaging” statements) that clearly belong in the realm of public debate – and have been since the beginning of the Snowden-spurred surveillance scandal in April – you and I are shut out from these discussions because these officials are concerned that their statements might be recorded, publicized, and prove damaging to their reputations, careers, and profit margins.

And while this particular conference may not directly produce public policy, as Julian Sanchez also assured me, academic papers may be written about what was discussed. These papers may then become white papers that form the basis for later policy by unelected officials, and often outside the public eye.

Scrutinizing the Center for Ethics and the Rule of Law

What’s no secret, unlike the conversations throughout this two day CERL conference on surveillance and secret law, is how deeply entrenched this – and so many other non-state funded schools like Penn – are with the defense industry.

Including up to the third quarter of FY 2012 (the most recently available data), the University of Pennsylvania raked in over $17 million in government research work. FY 2011 saw a very lucrative $32 million in such contract work for Penn.

It’s worth taking a closer look at CERL too. Its advisory board contains not only law professors from a variety of universities, but defense contractors like William Craven, currently the CEO of Overwatch Systems and the former head of Paravant. Both companies have deep roots within the defense and intelligence communities.

As stated earlier, Craven also participated in this Penn conference. 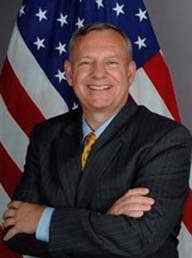 In a Penn Law Journal article published this past summer titled The Perils of Push Button War, CERL’s head and perhaps its most publicly-visible member, Claire Finkelstein, is paraphrased regarding drone warfare:

Finkelstein points out, however, that as a weapons system, there’s a lot to like about drones. They are more precise than traditional aerial bombs, better able to pinpoint targets, and therefore have the potential to dramatically reduce civilian casualties.

Two law professors and current CERL board members, Jens Ohlin and Kevin Govern, are cited in the same article as supporting the targeted assassination of U.S. citizens abroad, as in the case of Anwar al-Awlaki:

‘Jens Ohlin, a law professor at Cornell, and a member of CERL’s advisory board, said that the presence of an al-Qaeda branch in Yemen with an avowed intent of engaging Americans more than justified the invocation of war powers there. He said it has never been the case that American citizens taking up arms against the U.S. get special treatment on the battlefield.’

‘Another board member, Kevin Govern, law professor at Ave Maria Law School, and a former Army Judge Advocate, said that al-Awlaki might be compared to Nazi propaganda chief Joseph Goebbels.’

What, then, do we make of Penn’s “secret” conference participants, their relationships to the U.S. defense and intelligence apparatuses, and the pervasive secrecy by which they are surrounded?

Can we trust that whatever academic treatises, white papers, and possible policy decisions that may come from “On the Very Idea of Secret Laws” will represent not just the national security state’s desires, but those of the public’s too?