Over 100 peaceful activists blockaded three entrances on the east side of the Federal building at 6th and Market Streets today as part of a nationwide effort to pressure President Obama to block the last leg of Keystone Pipeline construction. The event comprised a coalition of environmental groups including Earth Quaker Action Team, Rising Tide Philadelphia, 350 Philadelphia, and Be the Change. Today’s action resulted in 24 arrests, although 23 were cited and released on obstruction charges. One man is expected to be charged federally for allegedly assaulting a federal officer.

The protest grew tense for a brief moment after two federal officers grabbed a woman by her hair and threw her to the ground during the blockade. The male facing assault charges, aged 70, grew upset and, according to witnesses, threw a sandwich at the officers.

A man sits down to await arrest after climbing a barricade. Photo: Kenneth Lipp

Protesters detained by officers were quickly replaced by a new group of blockaders, which prompted police to then set up barricades to prevent more from standing in front of the entrances. Activists climbed over barricades to continue the protest, however. Law enforcement eventually “threw their hands up” and left the scene, according to a legal observer, after a rabbi identified as Arthur Wasskow slipped under the barricades towards the end of the action. 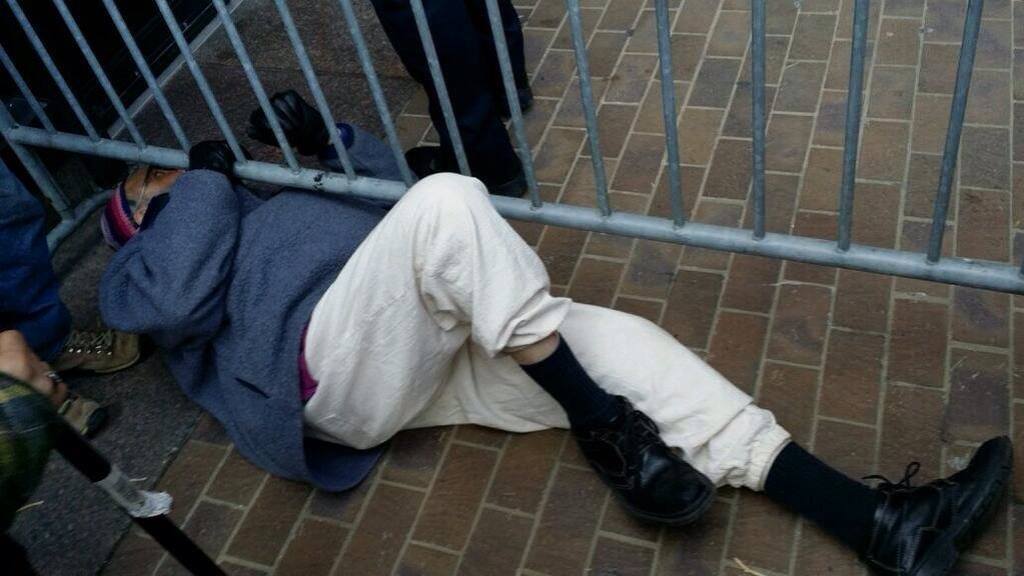 The building houses a State Department satellite office, an agency that has drawn strong criticism for its ties to pipeline company TransCanada. Last month, the State Department released an environmental assessment stating that the pipeline would not have a “significant” impact on greenhouse gas emissions – despite the fact that a TransCanada contractor was intimately involved in crafting the report. 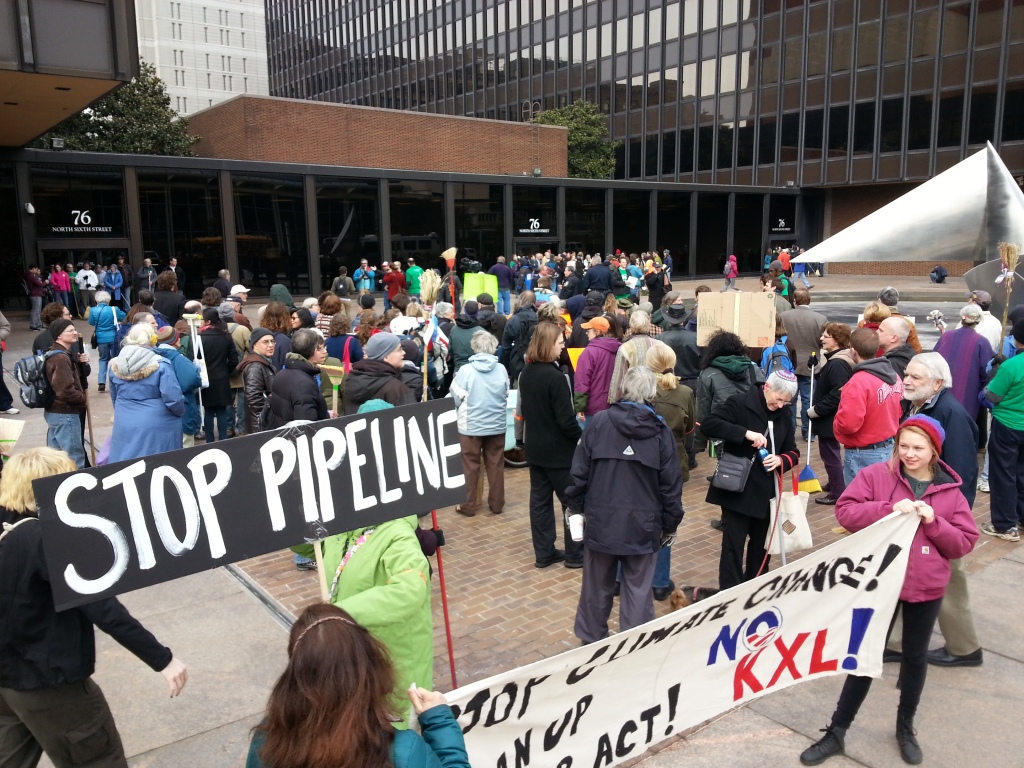 The proposed Keystone Pipeline, if completed, would pump over 830,000 gallons of heavy crude from Alberta, Canada to Texas refineries on the Gulf Coast per day. Activists here and across the country clearly feel a sense of urgency, particularly in light of serious incidents like the Exxon crude spill in Arkansas, an event the EPA described as “major”. Other spills have occurred in Utah – three every year since 2010, thanks to Chevron – in addition to a 2011 Montana spill which dumped 63,000 gallons of crude into the Yellowstone River.

As these spills continue to occur – and undoubtedly will again if TransCanada’s pipeline receives the green light from President Obama – the Pipeline and Hazardous Materials Safety Agency has come under increased scrutiny from activists and watchdog organizations, who charge that PHMSA lacks the necessary number of inspectors, and doesn’t have the resources to hire more. This largely leaves inspections in the hands of companies themselves.

President Obama must make a decision on whether pipeline construction will continue in less than 90 days.