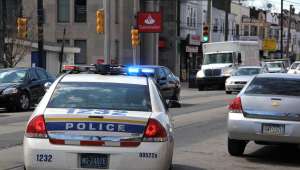 For a long time, the Philadelphia Police Department rarely had good news to share.

From 2012 to 2013, the number of homicides in the city dropped by 25 percent, and violent crime also fell across the board.

In the first three months this year, the positive trend mostly continued. While the number of homicides increased compared with the same period in 2013, from 55 to 62 slayings, violent crime as a whole plummeted 11 percent.

Upon closer inspection, though, the story is more nuanced than the one that has been told at news conferences.

Some city neighborhoods have seen crime fall dramatically, while others have actually seen it go up.

Read the rest of the story at Newsworks.