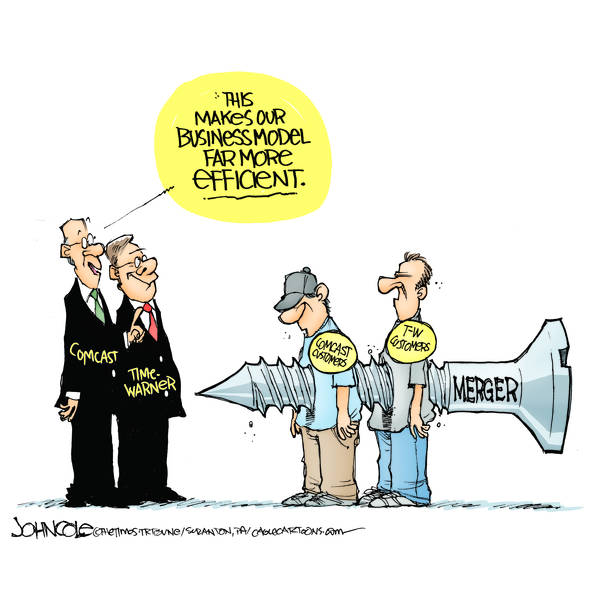 The New York Times Editorial Board

There are good reasons the Justice Department and the Federal Communications Commission should block Comcast’s $45 billion acquisition of Time Warner Cable. The merger will concentrate too much market power in the hands of one company, creating a telecommunications colossus the likes of which the country has not seen since 1984 when the government forced the breakup of the original AT&T telephone monopoly.