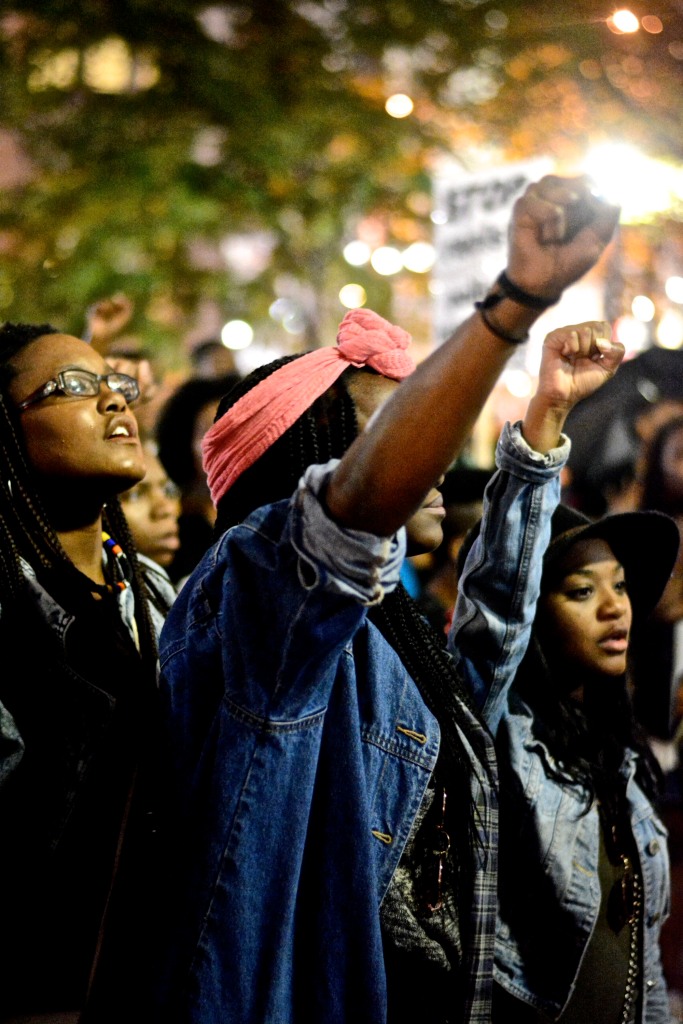 You may recall that President George W. Bush was profoundly offended when, in the wake of death and destruction in New Orleans after Hurricane Katrina, Kanye West went on national television and said: “George Bush doesn’t care about black people.” Five years later, Bush was still smarting from that accusation; he called it “one of the most disgusting moments of my presidency.” The president was sincerely pissed, and, you know, it’s easy to see why. Because here’s the thing: George Bush arguably cared about black people exactly as much as most white people do.

Which is to say: a little.

Based upon reports coming out of Ferguson, Missouri, police and white American society together continue to brutalize, dehumanize and marginalize people of color. Whether it is callous indifference to the obscenity of George Zimmerman’s acquittal or outright racist victim-blaming for police brutality in Missouri, it’s obvious that white Americans aren’t really interested in understanding anything more than they already think they do about the lives of people of color.

We see this malignancy continuing to grow in our feverish body politic, most notably with the way white people are talking about the goings-on in Ferguson. Despite the protests being completely justified, and despite police repeatedly violating constitutional rights of civilians, protestors and journalists, some white Americans simply do not care. For instance, bullshit talk about “looting” a McDonald’s (for what, ketchup packets and plastic forks?) has threatened to supplant the real story: Black protestors were finding shelter from tear gas and rubber bullets.