The larger beat has been patrolled as a pilot since August, and is now being adopted permanently with the beginning of the Fall semester. 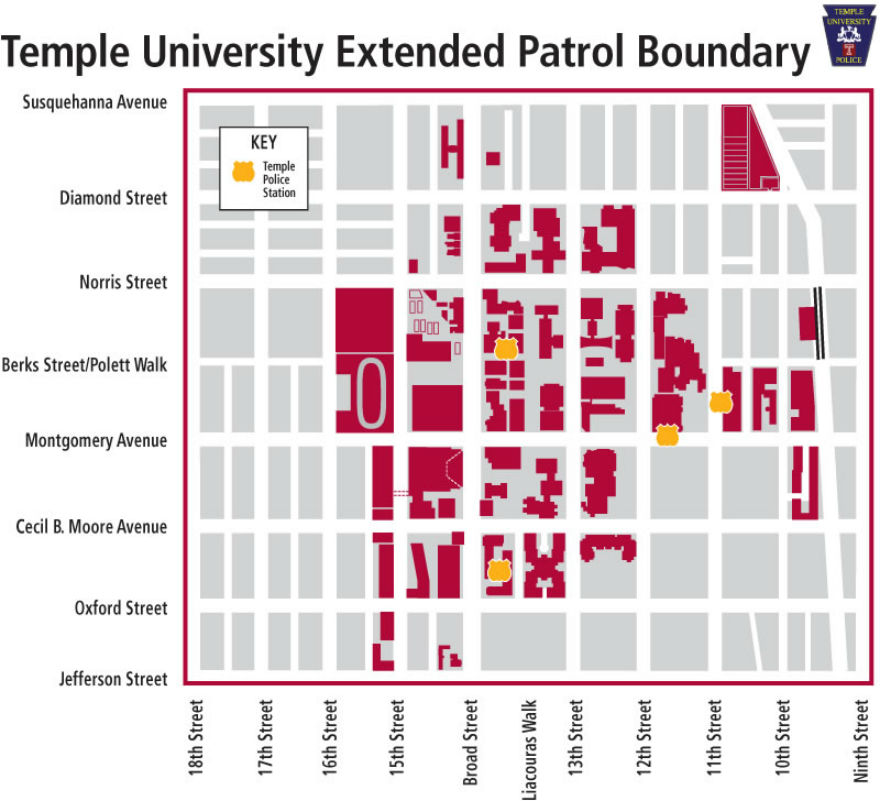 Temple’s public-safety team includes 215 full-time employees, both sworn police officers and staff, as well as 250 full-time-equivalent security personnel through AlliedBarton Security Services. Leone said that Temple Police and AlliedBarton bicycle patrols will be deployed to cover the larger area. Resources that have funded supplemental patrols by the Philadelphia Police Department will be used to help offset the additional time and patrol costs.

Temple Police may already assist with investigations of any off-campus crime that involves a student (“in cooperation with local, state, and federal law enforcement”). The 22nd Philadelphia Police District, the most violent precinct in the city according to department stats (and tied for most logged complaints against police officers to the Police Advisory Commission), abuts the campus on all sides.