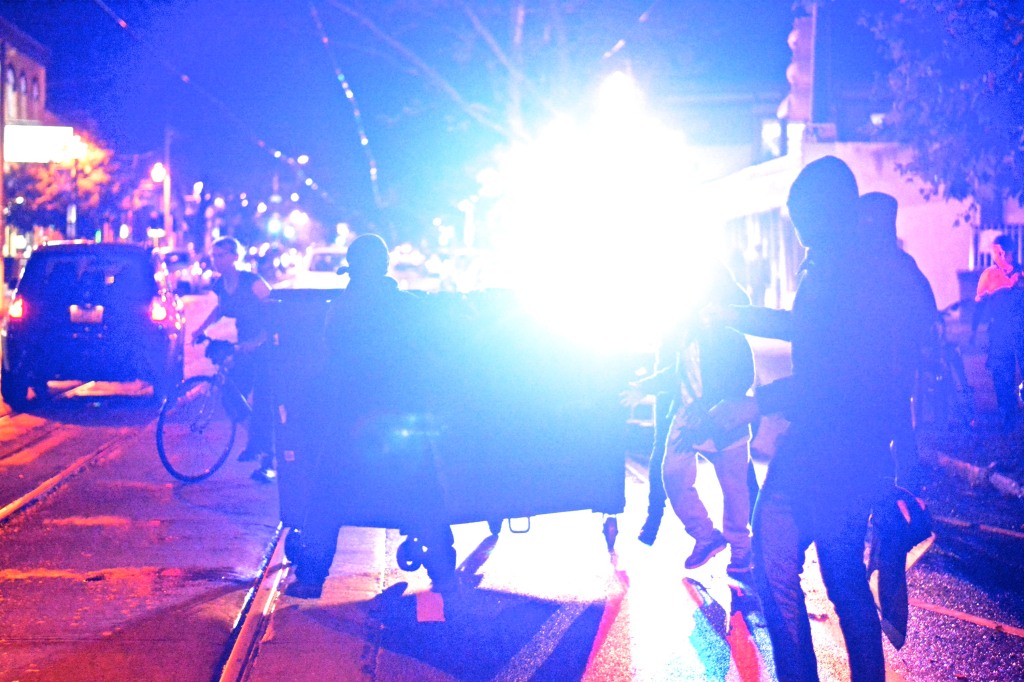 The two individuals arrested in last August’s ‘FTP’ (Fuck the Police) march in West Philly, Jordan Davis and Andy Weaver, have entered Philadelphia’s Accelerated Rehabilitative Disposition (ARD) program, which is a probation option for individuals accused of minor first-time offenses. They have not been found guilty, and if they fail to complete the program, they could still be tried and convicted. Conversely, if they complete the program successfully, even the record of their arrests can be expunged.

This marks a quiet end to what an anarchist flier about the march called “some exciting things.” While events in Ferguson, MO were at their peak, a group of around sixty protesters took to the streets in a night-time march in West Philadelphia, many wearing “blac bloc” garb. Police arrested two members of the group after individuals in the crowd threw paint bombs at police cars. The two individuals arrested, Davis and Weaver, were later charged with six different misdemeanors, and more serious charges were considered though not pursued.

While Davis has not apparently been public about the personal consequences of his arrest, Weaver has. In a posting on an an anarchist site, Weaver claims he was held for over 24 hours with inadequate medical care and little food or water, threatened with more serious charges or a federal investigation and now has medical bills and restitution to pay. Court records confirm that Weaver was detained for over a day (he was arrested on the night of August 23rd and not released until at least the morning of August 25th), that police considered one felony charge (riot) and that he now has to pay $1,500 in restitution. The Philadelphia Police Department did not respond to a request for comment on the allegations.

Weaver was also given a stay-away order by arraignment court magistrate Jane Rice, which likely ordered him to stay away from his arresting officer, Tamika Allen, though this order is temporary.

A note on names and privacy: Readers may have noticed that Weaver’s first name is different here than in the previous story I wrote on this case. Weaver prefers masculine pronouns and uses the first name Andy, though he has a different legal name. I used his legal name in the past because it was the name reflected in public court records, and because, despite using multiple avenues to attempt to contact him, I was not able to speak to Weaver.

While both my editors and I received requests that we excise the names of the arrested individuals, I was at no point informed that any issue existed for Weaver beyond the general dislike anyone has of being associated with a criminal case, until I saw a public posting, linked to above, which was posted on October 30th. I also wish to note that I redacted the addresses of the accused individuals, despite the fact that this is also public information. It is not the job of reporters to report only on subjects which everyone wants them to cover, and my deletion of the defendants’ addresses shows The Declaration’s commitment to maintaining individual privacy while also covering important stories.