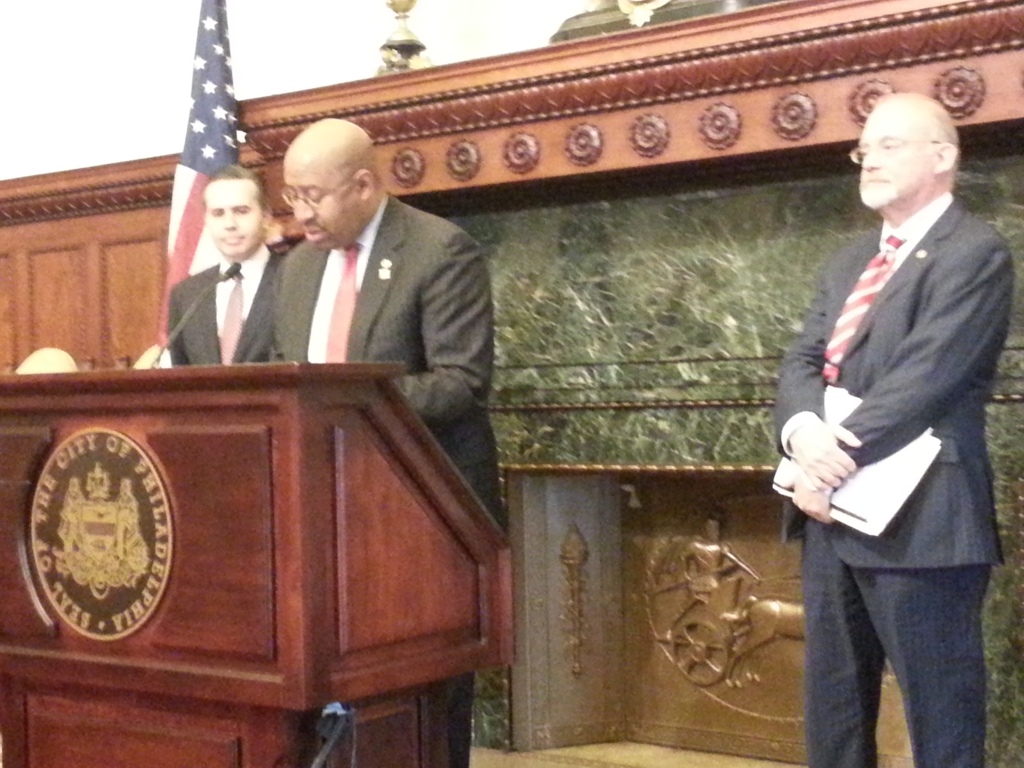 If utilized in future legislation, approximately 120,000 employees out of an estimated 200,000 could expect paid sick leave, according to the report. There are currently 35% of workers without this benefit, according to Census and Bureau of Labor Statistics data.

“The time to re-examine the issue of paid sick leave is now,” the report’s authors urged.

City Council passed legislation on two different occasions – once in 2011 and another in 2013 – of which Nutter vetoed, citing concerns about the impact such a law would have on job creation and businesses.

Critics of Nutters’ opposition to the legislation claim that corporate interests – including Comcast, a major campaign contributor to the mayor – played a much more significant role in influencing his decision.

Health Federation of Philly’s Natalie Levkovich, a task force co-chair, said during this morning’s press conference, however, that there was “no material evidence” to support claims from Nutter and some of the city’s business class that paid sick leave would have a detrimental effect on the local economy.

Teofilo Reyes, National Research Director for Restaurant Opportunities Center United, and task force member, was not immediately available for comment regarding perceived strengths and downsides to today’s report. ROC United organized and lobbied strongly in favor of past legislation, and was a vocal critic of Nutter and other opponents in 2011 and 2013.

The report asserts that the gains future legislation would provide to local employees include benefits to public health and low wage workers – particularly women and minorities – as well as the impact sick workers routinely have on workplace productivity.

One notable difference between today’s recommendations compared to previously-passed legislation pertains to what is called the “employer threshold.”

Exempt employees include federal and state employees, those involved in collective bargaining, temporary workers (less than 90 days), adjunct faculty academics, and independent contractors, among others.

The report suggests that any future paid sick leave law enforcement should be “complaint driven”, and that “education and awareness campaigns will be key to compliance efforts”. The task force also urges reviews of employer compliance “every two years for the first four years following enactment.”

At today’s press conference, Councilman Bill Greenlee, the leading city proponent of paid sick leave in Philadelphia, expects a bill will be presented for Nutter’s signature early next year. He also stated that more negotiations lay ahead as the bill moves through Council.