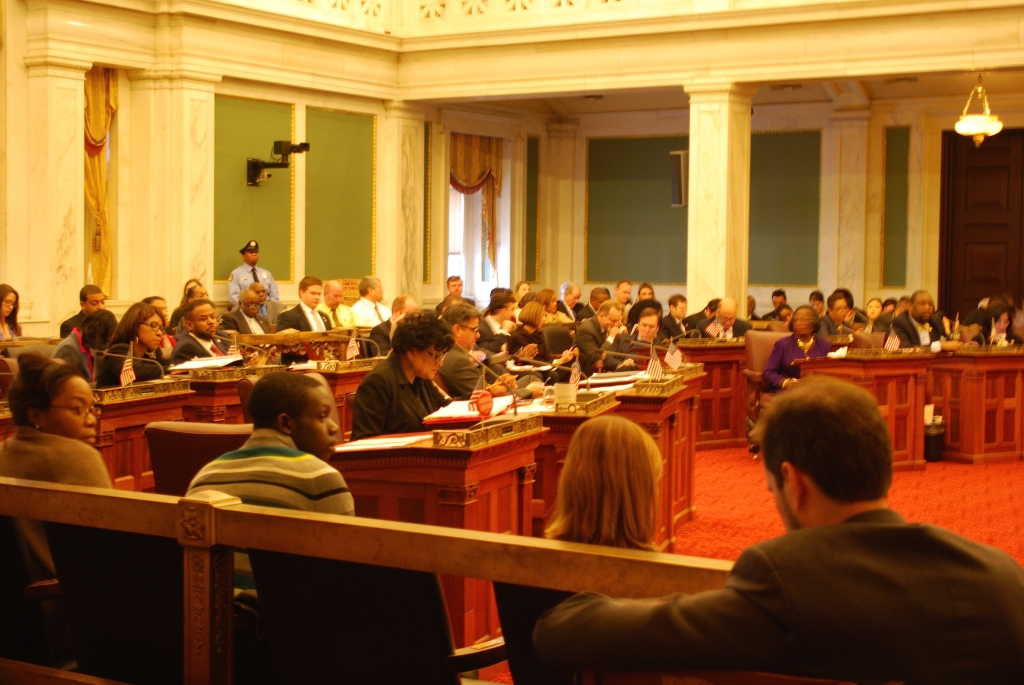 Philadelphia City Council last week unanimously voted to enact a new measure that makes the process by which the Mayor’s Office funds the legal defense of low-income people more transparent.

Passing Bill 150001, Council made its consent necessary for conflict counsel contracts the City awards to three major non-profit firms and others worth more than $100,000. The Bill also requires that the City make the terms of those contracts publicly available.

Before 2014, the Mayor’s Office negotiated these contracts in-house with little or no input or oversight by either Council or the public. Legislation passed last February imposed new financial reporting requirements on these contracts, but it contained some caveats. 150001 squashed those caveats.

When the District Attorney prosecutes people who can’t afford legal representation, the City most often appoints attorneys from a roster at one of the three firms mentioned above, which comprise Philadelphia’s unique and idiosyncratic brand of a public defender’s office.

This happens to between 23,000 and 27,000 cases a year, according to a document pulled from the e-Contract Philly website.

Councilman Dennis O’Brien, who co-sponsored all three bills discussed above, in testimony last week explained that 150001 revokes the exemption of reviewing contracts entered into with the City with the three aforementioned organizations only to the extent that those contracts, in whole or in part, are related to legal representation of individuals in matters requiring the use of conflict counsel.

Philadelphia Director of Public Safety Michael Resnick last week opposed 150001. If things stand as they do now, he argued, and the City trusts the work these three non-profits do,

“…without coming to Council and having those contracts reviewed, because these are impeccable organizations and they provide top quality representation, very ethical, then why should we do it for a very small portion of the work that none of them have even done yet?”

Conflict counsel cases represent only a fraction of all cases disposed in Philadelphia Municipal Court. So why then is O’Brien driving Council and the Mayor’s Office so hard on this issue?

O’Brien and others see this lack of disclosure is part of a larger, systemic problem with the way Philadelphia handles public defense. These deficiencies hurt both the attorneys who provide indigent defense and their clients alike.

First of all, the “compensation for contract and conflict counsel in Philadelphia is lower than in the other [Pennsylvania] counties, and thus utterly inadequate,” a 2011 report to the Pennsylvania General Assembly found. The Pennsylvania Supreme Court that same year conducted a state-level assessment and found that the low fees these appointed lawyers receive discourages:

…the effective preparation of a case. Many poor people are represented by inexperienced lawyers setting out to build a practice or by lawyers who turn to [these] court cases as a last resort. Due to low compensation rates, both public defenders and assigned counsel have little incentive to develop an expertise in the defense of criminal cases.

The City pays conflict counsel attorneys a flat rate per-case rather than allowing them to bill by the hour. In effect, this means attorneys make more money the less time they spend defending indigent people.

The Sixth Amendment Center (6AC) Executive Director David Carroll provided preliminary results for this story from another study of indigent defense in Philadelphia by his organization.

According to 6AC’s study, which was funded by the Department of Justice, the City pays private appointed counsel about $50 an hour to defend indigent people. Compare that figure to the $80 an hour an attorney would make for this type of work in Kansas, the $75 an hour attorney in North Dakota would, the $84 an hour they would make in South Dakota, etc.

Damien Sammons takes conflict counsel appointments in Philadelphia and spoke today at City Hall alongside five of his colleagues in favor of 150001. Sammons told the story of one case he took, which lasted two years. “I got a little over $2,000 from the court appointment system for a case that most attorneys would value at $20,000,” he said.

6AC also raises an issue with the checks-and-balances of public defense in this city. “Fearing the loss of income by not pleasing the judge overseeing their compensation,” the report argues that defenders in Philadelphia and elsewhere:

…often take on more cases than they can ethically handle…  In Philadelphia, judges qualify attorneys to cases, oversee how much the attorneys are paid and determine if a request for an expert witness or an investigator has merit and will be funded.

Furthermore, the quality of legal representation these defendants receive is to a large extent contingent on luck. 19 in 20 Philadelphians who face murder charges cannot afford to provide their own legal defense, and one in five low-income Philadelphians are chosen randomly to receive counsel from the Philadelphia Defender’s Association. The other four receive private indigent defense counsel.

The outcome of that draw can mean the difference between conviction and exoneration. It can also mean the difference between 10 years and a life sentence. Economists analyzed 3,173 capital cases tried in Philadelphia between 1994 and 2005. “Compared to private appointed counsel,” the study found, “public defenders reduce the murder conviction rate by 19%. They reduce the probability that their clients receive a life sentence by 24%.”

Rather than try to convince Harrisburg or Washington that Philadelphia needs money to provide proper legal counsel for low-income people, the Mayor’s Office has elected to fix this problem by creating a single firm and pay it even less than what the three non-profit organizations make now to handle all indigent defense appointments.

Two local attorneys almost took a $9.5 million contract from the City to set up that firm last year, but negotiations broke down. The Mayor’s Office issued a second request-for-proposals this past Thanksgiving.

“We can be celebrated as the one city that got it right,” he said.

Jack Grauer is a Philadelphia-based journalist. Follow him on Twitter at @Jack_Grauer. This article first appeared at JackGrauer.com.