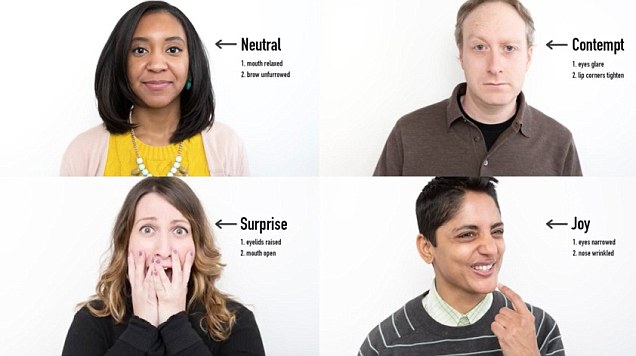 As the first of two major National Special Security Events approaches – Pope Francis’ World Meeting of Families visit later this year, followed by the Democratic National Convention in 2016 – The Declaration has learned that law enforcement officials in Philadelphia are utilizing a controversial counter-terrorism program called the Site Protection Through Observational Techniques, or SPOT program.

Police will no doubt be using SPOT at checkpoints and in other sensitive areas throughout Philadelphia during these heightened security periods.

A National Domestic Preparedness Consortium (NDPC) newsletter published in March (and embedded below) reveals that a Philadelphia Police Department detective named Joseph Rovnan has been tasked with SPOT-training local law enforcement in the lead-up to the two high-profile events. Detective Rovnan has so far trained nearly 1,000 officers between 2014-2015, according to the newsletter, and along with the Philadelphia Police Department’s Counter-Terrorism Unit, took the lead role in security preparations for last year’s Super Bowl at the Met Life Stadium in New Jersey. The document indicates that SPOT courses allow “instructors or trainers in academies, agencies or departments to train participants after successfully completing select train-the-trainer” seminars created by the National Center for Biomedical Research Training (NCBRT).

“In taking these courses and now instructing them gives me the ability to prepare that someone who just might be the person who thwarts the next attack,” Rovnan told the newsletter.

“SPOT gives us the ability to take that patrol mentality out of the officer and post him or her up at a special event/site, and they are taught to look at things with a different eye to point out the possibilities and how terrorists operate, to look at the surroundings, observe the out of the ordinary, and focus their efforts on the out of the norm.”

SPOT has its critics, however. They range from current and former Transportation Security Administration (TSA) employees, to the Department of Homeland Security’s Inspector General and Government Accountability Office, as well as legal advocacy organizations such as the ACLU, which sued the TSA in March for failing to release documents that would justify SPOT’s usefulness and counter claims of profiling.

Since the TSA began using a similar version called ‘Screening of Passengers by Observation Techniques’ in 2007, detractors have blasted the program for evidenced racial and religious profiling. Critics also question SPOT’s efficacy, largely due to the fact that it is based on spotting “suspicious” behavior through observing body language as a key method to identify potential terrorists – “behavior one exhibits in response to the fear of being discovered,” according to a TSA blog post in 2010.

Firebrand journalist and author James Brevard, whose writing was directly attacked by the TSA as “unfairly disparaging,” described how the agency, since its inception, has lost credibility through an ongoing pattern of malfeasance and mismanagement and in which the failure of SPOT is just the latest punctuation. From Brevard’s June 5th USA Today column, ‘TSA has no excuse to keep groping’:

“Shortly after TSA was created in late 2001, one of its early mottoes was “Dominate. Intimidate. Control.” From the start, the TSA put more focus on browbeating hapless travelers than intelligently focusing on actual aviation hazards.

Agents continue roaming airports as part of the Screening of Passengers by Observation Techniques (SPOT) program, conducting “chat-downs” and ferreting out “micro-expressions” that signal trouble.”

A 2010 Government Accountability Office (GAO) study found the SPOT program to be scientifically unsound. It determined that the program “called into question the use of behavior observation techniques…as a means for reliably detecting deception,” and that “the ability of human observers to accurately identify deceptive behavior based on behavioral cues or indicators is the same as or slightly better than chance (54 percent)” – about as accurate as flipping a coin, in other words. The GAO’s conclusions were based on a synthesis of 400 previous studies conducted by academics and other professionals over the last 60 years.

A 2013 follow-up report called for de-funding the observed-behavior security program.

A Department of Homeland Security Inspector General audit was not any kinder. In 2013, the IG concluded that the program could not be used to screen members of the public “objectively, show that the program is cost-effective, or reasonably justify the program’s expansion.”

The TSA’s version of SPOT utilizes what are known as Behavior Detection Officers, or BDOs. These officers do not have the authority to arrest a “suspicious” individual, but instead are required to notify law enforcement of strange behavior. The Philly police department’s version of SPOT presumably removes BDOs from the equation, and instead empowers officers to stop and detain persons. Such power almost “inevitably devolves into crude racial profiling,” ACLU senior policy advisor Jay Stanley wrote of the TSA program in 2011.

One BDO, who spoke to Intercept journalists Jana Winter and Cora Currier on condition of anonymity for an exclusive published in March, says that SPOT behavior indicators (included in a 92-point checklist leaked to the publication) “are ridiculous” and are “just ‘catch all’ behaviors [used] to justify BDO interaction with a passenger. A license to harass.”

A senior police department official was not immediately available for comment over the weekend. The Declaration will update this story accordingly.