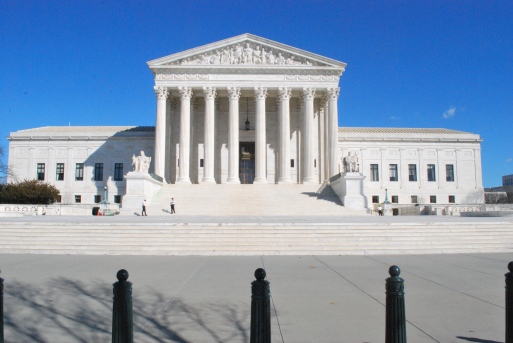 Yesterday, the US Supreme Court heard oral argument about whether judges should abstain from ruling when a potential for bias exists. Currently, Pennsylvania law almost always allows the sitting judge to decide whether or not to recuse themselves under such circumstances.

Terrance Williams of Williams v. Pennsylvania, the case discussed yesterday, and Marc Draper in 1984 killed Amos Norwood. A 1987 jury ruled that Williams should face execution for this crime.

Initially, Draper in his testimony characterized the murder as incidental and said he and Williams intended only to rob Norwood. Williams initially testified he’d never met Norwood, let alone murdered him.

A post-conviction court later held that prosecutors knew Norwood and Williams had a relationship prior to the murder, that Norwood had sexually assaulted Williams on multiple occasions and that he had molested at least one other person. Prosecutors withheld evidence of these circumstances from Williams’ defense attorneys at the time they advised him to testify as he did.

As a result, the jury that sentenced Williams to death did so with no knowledge of his prior relationship with Norwood.

Draper in a 2012 affidavit also said prosecutors coerced him to lie in court about the murder. Should Draper have refused testify in the manner prosecutors suggested, they threatened to charge him with an additional, unrelated murder. As a result, the post-conviction court vacated Williams’ death sentence, but not his conviction.

From where does the judicial ethics issue arise? The District Attorney appealed this new ruling to the PA Supreme Court, which reversed on the grounds that Williams could have raised other evidence about sexual abuse at the original trial but chose to lie instead.

Prosecutors sought the death sentence for Williams under authority of Philadelphia District Attorney Ronald Castille. Castille stepped down as District Attorney in 1991. He served as a Pennsylvania Supreme Court Justice from 1993 until 2014.

Castille as a justice disregarded demands that he refrain from ruling in the District Attorney’s appeal. Debate in Williams v. Pennsylvania persists over whether he acted properly when he did so.

During yesterday’s hearing, Justice Alito acknowledged the dispute cuts “deeply into the issue of a constitutional recusal policy for judges. It’s really not enough to just say what happened here was bad.”

Most of the ensuing debate centered around how a mandatory recusal rule would ideally work.

Attorney for the petitioner Stuart Lev said such a law should prevent a prosecutor-turned-judge like Castille from ruling when that “prosecutor has direct personal involvement in a substantial decision in the case, and the issue before the court reflects upon that decision.”

does not allow a District Attorney to make the decision to seek the death penalty against the defendant, and then in the same case become a judge of the conduct of the prosecutor who carried out that decision and obtained that result.

Ronald Eisenberg of the Philadelphia District Attorney’s Office represented the Commonwealth of Pennsylvania during the hearing. Eisenberg raised concern that such a law would mean “only people who can become judges and sit on cases are people with no prior experience” as prosecutors.

Eisenberg also asked why this particular case and not any others should catalyze such a large-scale change in how judicial recusal works. He cited prior occasions in which individuals

have been far more involved in an issue that came before the court once they became a judge or justice later on than Justice Castille was in this case… There are many instances where judges or justices worked on an issue, spearheaded an issue, fought for legislation, for example, for years and years and years, even may have had it named after them, and then sat in judgment on the constitutionality or scope of that legislation.

Pennsylvania Governor Tom Wolf has imposed a moratorium on executions in this state. He described the Commonwealth’s capital sentencing system as “riddled with flaws, making it error prone, expensive and anything but infallible” in a memo on this decision. Wolf in that memo took Williams v. Pennsylvania as the first piece of evidence that such problems exist.

Williams was scheduled for execution last year before Governor Wolf signed the moratorium.

To view the official transcript of the oral argument in this case, click here.

Documents filed with the Supreme Court in this case are available for free here.

If you enjoyed this story, please donate to the Declaration to support more investigative journalism like this.