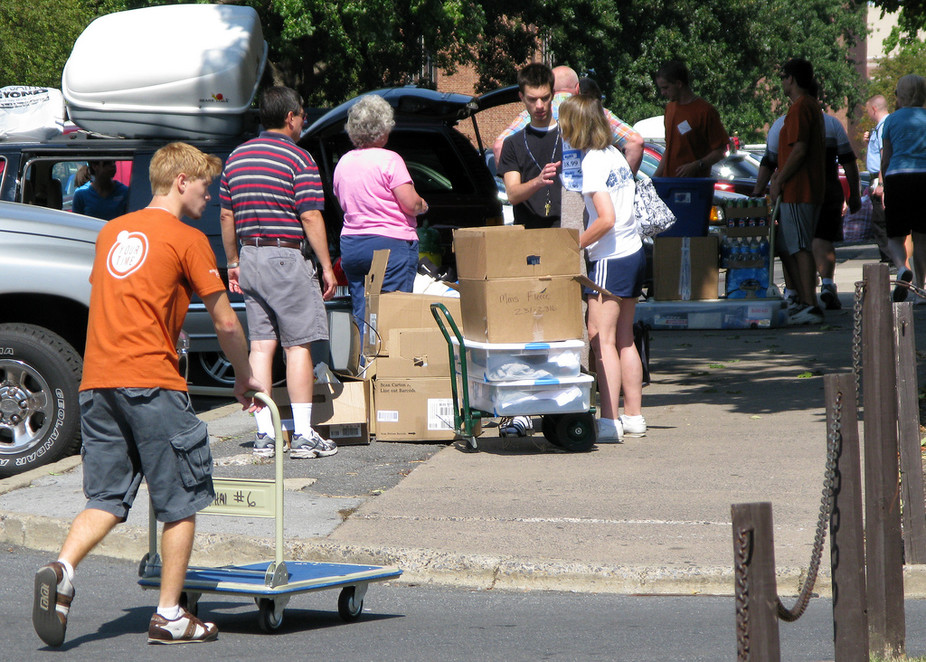 Throughout the summer before my daughter left for college, I repeatedly warned her: never put a glass down at a party; use the buddy system when going to parties; and never go upstairs at a fraternity party.

In the past couple of years, much has been written about the high rate of sexual assaults on college campuses. What no one seems to be talking about is that most assaults occur in the dorms.

A 2015 study found over 20 percent of all women surveyed experienced unwanted sexual contact while attending college. This confirmed earlier findings from a survey conducted between 2005 to 2007, in which one in five women reported being sexually assaulted since entering college.

The most vulnerable time is the first two months of the freshman year. In fact, to symbolize the danger, the first few months of the fall freshman semester are now commonly called the sexual assault “red zone.”

Most likely an attacker will be a friend or acquaintance. A study conducted by the National Institute of Justice, the research wing of the U.S. Department of Justice, found that 90 percent of college sexual assault victims knew their assailant.

The majority of assaults happen when one or both parties have consumed alcohol. Parents and students usually associate alcohol use with parties, and particularly fraternity parties. Rarely is the connection made about what happens when a student returns to the dorm after those parties.

Colleges and universities that receive federal funding (which is virtually all schools) are required under the Clery Act to compile and publish an annual report on the nature, date, time and place of crimes occurring on and off campus. On-campus crime reports must indicate whether the crime occurred in on-campus residential housing.

Rapes and “fondlings” are among the crimes that must be reported. Fondlings are defined as forcible and/or nonconsensual touching for sexual gratification. Nonconsensual situations include those in which the victim is incapacitated and thus unable to consent.

It is quite likely that the Clery Act reports significantly underrepresent the number of campus sexual assaults. As the table below shows, in 2014, the combined total Clery Act reports from all U.S. colleges and universities was 4,971 reported rapes and 2,521 reported fondlings.

Even if the data underreport the total number of sexual assaults, what they do show is where assaults happen.

These data are consistent with Clery Act reports from earlier years, which also show the majority of sexual assaults occurring in campus residential housing.

On-campus residential housing includes dorms, other student residences and fraternity and sorority houses owned or controlled by the university or located on university property. Under the Clery Act, schools do not need to distinguish between fraternity houses and dorms when reporting where sexual assaults happened.

Why does knowing where assaults occur matter?

As my scholarship suggests, part of the sexual assault education process involves debunking myths and stereotypes.

Exposing the myth that most sexual assaults happen in fraternity housing, as well as educating students about the dangers of dorm-based assaults, raises awareness and allows students to take appropriate precautions.

Paying attention to the fact that most assaults occur in the dorms also allows targeted prevention measures. At the very minimum, given how many assaults occur early in the fall semester, parent and student summer orientation programs should include education about dorm-based assaults and appropriate preventative measures.

Schools may be reluctant to acknowledge and discuss where assaults are happening because they don’t want to frighten either parents or students. But the “see no evil” approach comes with significant risk of potentially preventable harm and liability.

Recently, parents of a young woman allegedly assaulted in her dorm filed a class action lawsuit against the University of Kansas (KU).

The suit alleges KU violated the Kansas Consumer Protection Act when it solicited students through representations of its residence halls as “safe and secure” despite its knowledge that numerous students had sexually assaulted other students in its dorms.

The student herself filed a Title IX lawsuit against KU. Title IX protects against gender based discrimination with regard to educational opportunities. Her lawsuit rests mainly upon allegations about KU’s conduct after the assault report. However, it also alleges KU is liable for its failure to take reasonable steps to make the dorm safer in light of the data it had about dorm-based assaults.

Other lawsuits have been filed against colleges, alleging failure to warn of and protect students from the reasonably foreseeable danger of sexual assaults occurring in college dorm.

While colleges likely will refute allegations of wrongdoing, as KU has done in the suits against it, these suits lead to undesirable publicity and expenditure of university resources on litigation defense.

When colleges fail to examine where assaults happen, they expose themselves to litigation. More importantly, they miss critical opportunities to explore solutions to the widespread campus sexual assault problem.

Schools should look closely at their own sexual assault reports and consider targeted solutions if there are particular dorms with a high incidence of assaults.

Studies should be conducted at the national level to examine overall patterns. Those studies should examine questions such as whether sexual assaults are more likely to occur in certain types of dorms, such as athlete dorms or even coed dorms. Studies should also look at whether it makes a difference if dorms are coed by floor, by hall or by room.

Using and building upon campus sexual assault location data brings the issue of where campus assaults occur into the open. It also adds an important component to the education and prevention discussion.

This article was originally published on The Conversation and is republished here under CC BY-ND 4.0 license. Read the original article.