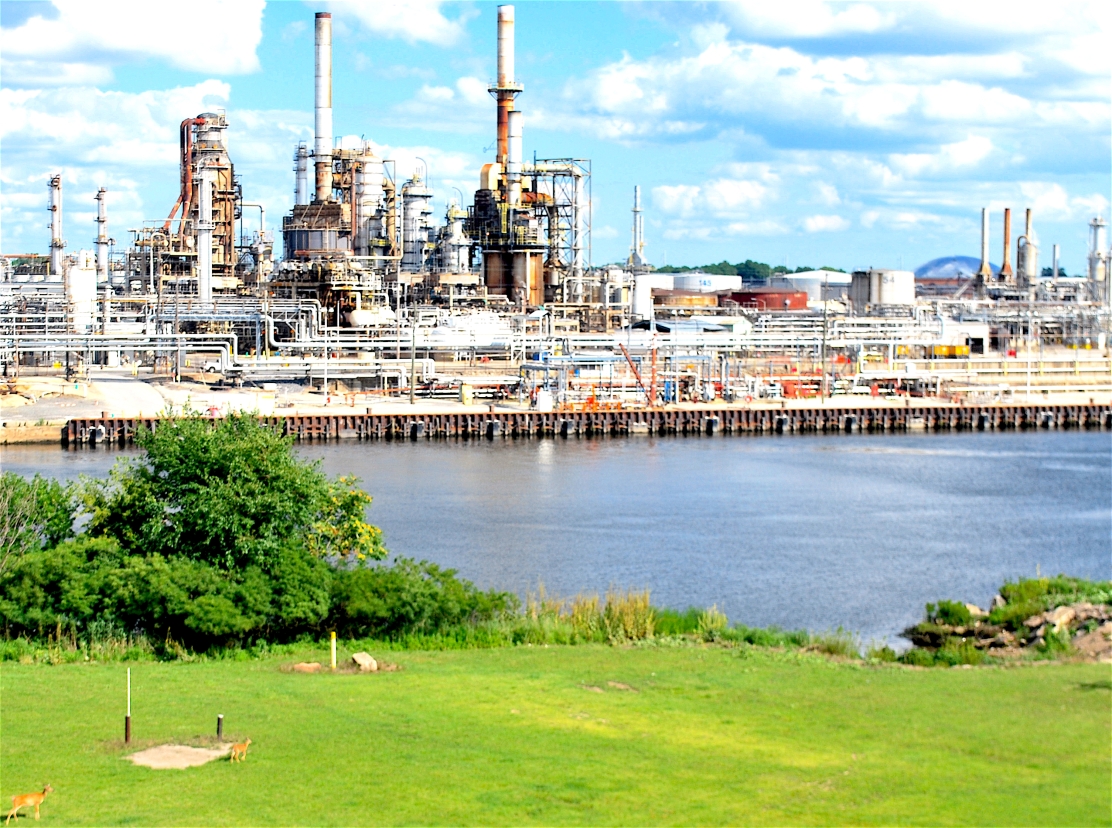 Job creation arguments, Pokeman and corn-based products: the three force-feedstocks on which America now runs. Like Pokeman, it doesn’t matter if the jobs exist. And like corn products, we don’t care if the jobs are any good.

Enter Southport Marine Terminal. It used to be a naval base. Now it’s an ugly, fenced off lot at the south end of Broad Street near Urban Outfitters’ main hideout.

The state government is trying to sell Southport to developers — again. Several past attempts washed out in court. But things will be different this time, according to Pennsylvania Governor Tom Wolf. Wolf guarantees transparency and 3,700 new jobs.

The Philadelphia Regional Port Authority has whittled a list of 600 interested developers to six. One of those six is Philadelphia Energy Solutions (PES), the operator of Philly’s largest oil refinery. 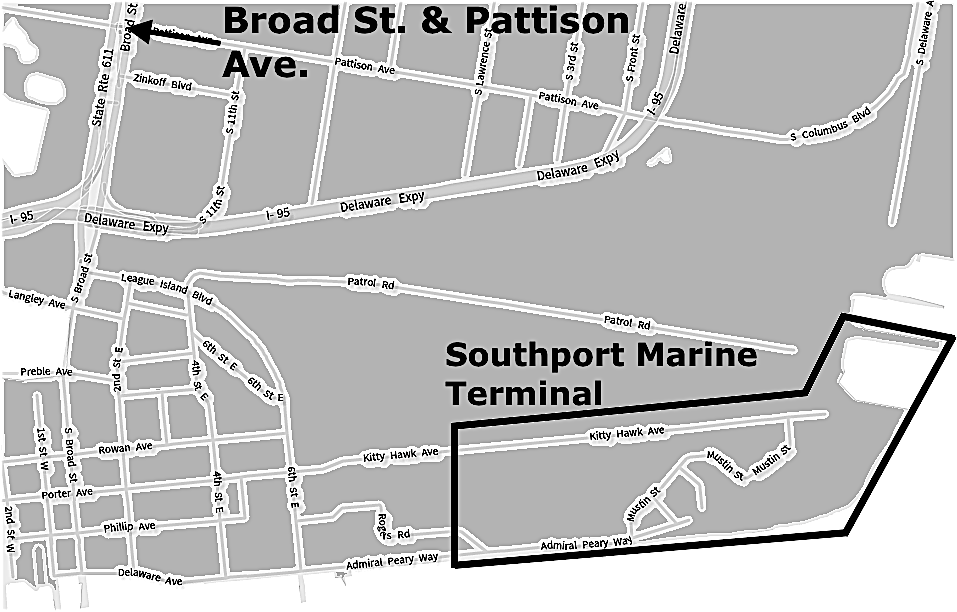 A map of the South Philadelphia Navy Yard.

The idea that the Port Authority shouldn’t award the Southport contract to PES has gained momentum. Why? Among other reasons, the refinery now puts out about 380 tons of toxic air stuff each year. This makes it the premier source for toxic emissions in Philly.

Like almost all industrial poison makers, PES justifies their operation on the basis that they make jobs. This is what makes the question of whether to expand the refining operation to Southport such an ugly one.

The Pennsylvania Health Department has repeatedly and recently shown that Philly leads the state in every relevant metric: asthma-related deaths, diagnoses, hospitalizations, etc.

32.4 percent of kids in the PES refinery’s ZIP Code have asthma, according to the 2015 Southeastern Pennsylvania Household Health Survey. That’s against an 18.4 percent average in this part of the state.

“we have increased the PES workforce to approximately 1,240 full time employees and we continue to employ about 300 contractors on a daily basis bringing our effective standing employment to over 1,500 people.”

Those figures were reported differently elsewhere. PES employed only 1,140 full-timers in 2015, according to forms they filed with the Securities Exchange Commission. The refiner stopped publicly releasing job data after they decided not to bring their company public last year. Public companies generally must release job data. Private companies generally don’t.

Another relevant question is whether PES can handle the Southport expansion on which they’ve bid. They’d need to triple their 2015 roster to meet Wolf’s 3,700 job quota. Yearly reports show PES’s operation lost revenue between 2012 and 2014, according to Standard & Poor’s. They quadrupled their debt during that period.

Yes. Refiners like PES “crack” crude oil into things like bike grease and jet fuel. The cheaper crude oil gets, and the more expensive things like bike grease and jet fuel get, the more profitable the refining process becomes. “Crack spread” is the price difference between crude and cracked oil products and for that reason serves as an indicator of profit refining can make at a given time.

But PES is a “public-private partnership.” By this logic, they’re entitled to government grants and tax exemptions. These perks ideally help them cope with capital’s fickle will.

The state gave PES $25 million when they first acquired the Philadelphia refineries. Financial records show the firm’s top five executives blew well more than that on two years’ worth of their own paychecks.

Local and state audits show that ritualized document shredding and digitization allergies make Keystone basically impossible to monitor. But advocacy group Action United obtained PES’s application to the program and related documents in response to Right to Know requests. They gave The Declaration those documents for this report.

The Philadelphia Office of Property Assessment valued PES’s land and refineries at $60.1 million this year. PES pays tax on $15.7 million of that total. We think PES claims a $621,000 annual property tax break. These exemptions expire in 2023. That’s a $6.2 million break over 10 years. 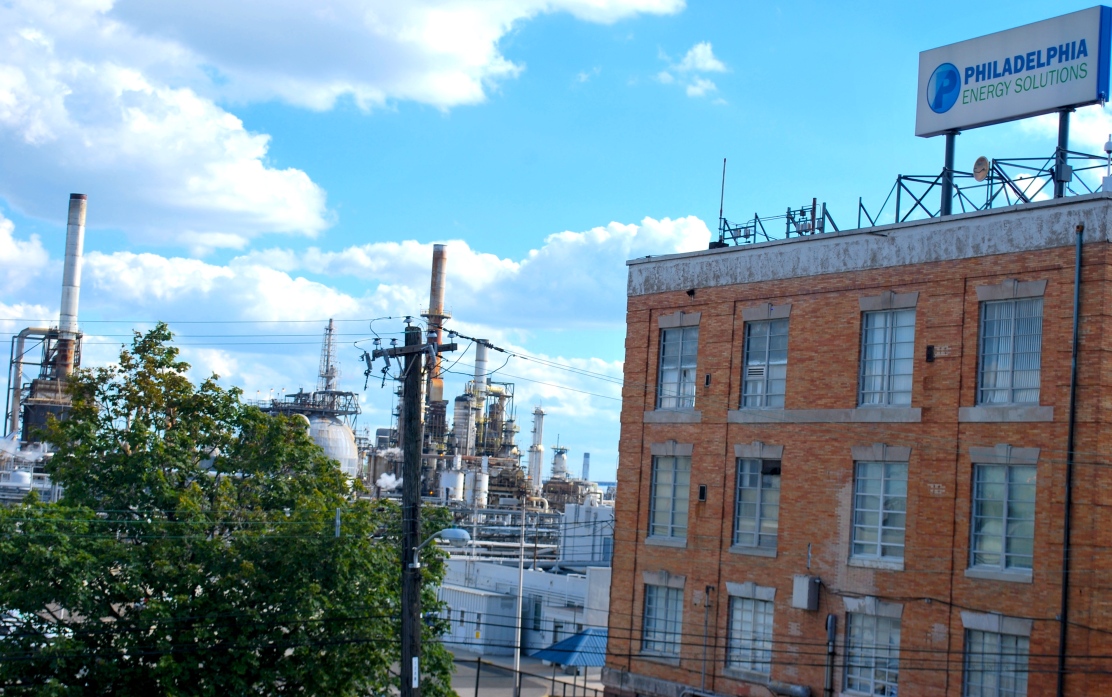 PES receives bigger exemptions from business income and receipts taxes. They saved $15.3 million on those taxes in 2015, according to financial filings. That’s $150.3 million in savings by 2023.

See here for a more detailed explanation of how we got these figures.

But the tax breaks aren’t enough. PES recently asked the state to reappraise the terms of their exemptions. They also cut production this month. According to media reports, they may soon sell the operation altogether.

PES didn’t respond to questions about what impact this potential sale would exert on their Southport bid.

The Port Authority’s board will make a final decision on who gets Southport later this year under the guidance of their new CEO, Jeff Theobald.

In a statement, the Authority described Theobald as a “seasoned maritime industry executive with a proven track record.” He stepped down as Ports America Outer Harbor’s CEO this past January. The California firm a month later filed Chapter 11 bankruptcy in a Delaware court.

Final bids on the two sites that collectively comprise Southport are due in late August, 2016.