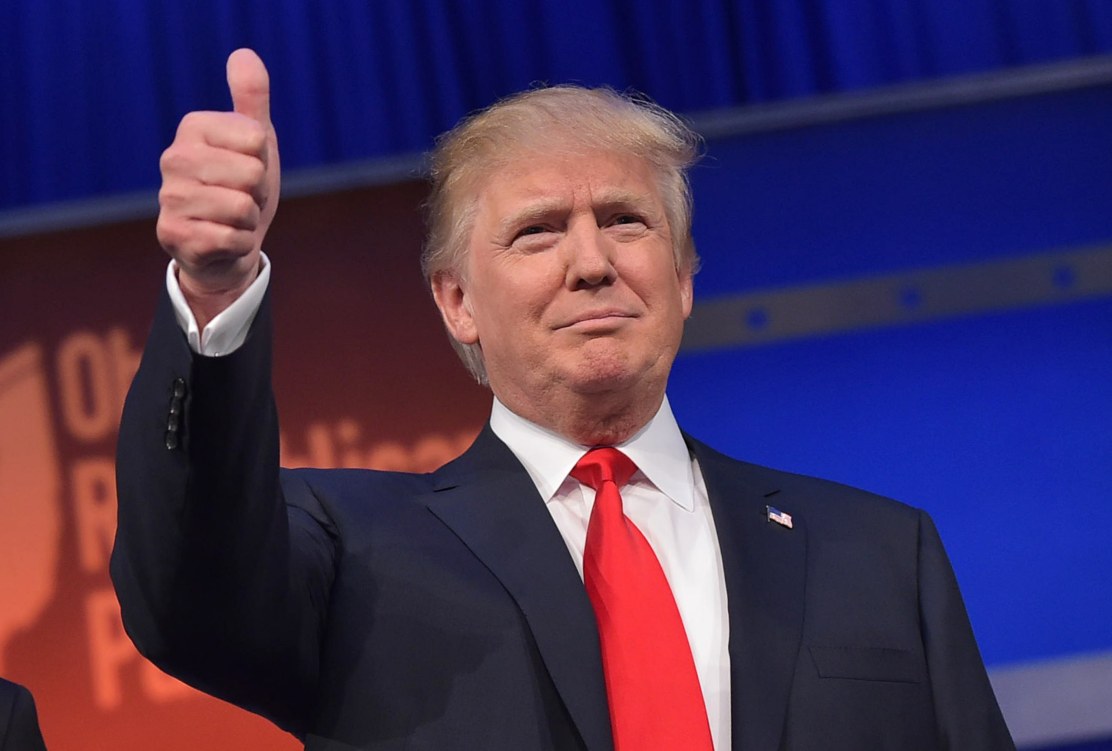 Four years after the grassroots Tea Party rose to power on a platform of severely limited government, a New York showman who once called for the legalization of all drugs put on a red ball cap, picked up a microphone and sold the anti-establishment right the Brooklyn Bridge of Big Government boondoggles.

In the midst of an historic national dialogue on the state of American law enforcement, President-Elect Donald Trump has promised to inaugurate the largest expansion of police power since the start of the war on drugs. This will not only reverse more than two years of progress on improving the way police engage the communities they serve, but will cost a small fortune in federal dollars and manpower.

The sheer scale of Trump’s enforcement ambitions — embodied in his resurrection of the discredited rhetoric of “law and order” — threatens to upend a popular bipartisan push to reform the criminal justice system.

Trump’s announcement on Friday that he plans to nominate Sen. Jeff Sessions — one of a handful of congressional opponents of a bipartisan move in the Senate to ease sentencing of drug offenders — as Attorney General demonstrates unequivocally that he is ready to put a nail in the coffin of criminal justice reform. Even worse, Trump’s signature initiatives will require an unprecedented assault on American civil liberties — the very principles a commander in chief is sworn by oath to protect.

On the campaign trail, candidate Trump promised to promote the increased use of stop-and-frisk, initiate the mass deportation of more than ten million undocumented immigrants, expand the use of the death penalty and strengthen federal involvement in local law enforcement to “ensure that we are all on the same page in dealing with those who dare violate the law.”

Trump says he supports the controversial policy of collecting metadata on U.S. citizens, and has sworn to undo all of President Obama’s executive orders — which include a number of important reforms on issues such as sentencing policy and solitary confinement.

However, the mechanisms for the most intrusive of his criminal justice initiatives are detailed on a list of signature measures he calls his “Contract with the American Voter.”

On immigration alone, Trump’s plan to begin mass deportations “on day-one” in office would require the installation of a domestic surveillance machine with tentacles reaching into homes and businesses across the country.

To identify targets, Trump’s enforcement agencies will need to employ a vast network of informants and investigators, impacting the privacy of all Americans. And he will need a small army of foot soldiers to do the heavy lifting.

The U.S. already has formidable machinery in place for conducting deportations through the Department of Homeland Security’s office of Immigration and Customs Enforcement (ICE). The agency employs nearly 20,000 people on a budget of more than $5 billion a year, and operates 24 Enforcement and Removal Offices across the U.S. It also has a Special Operations Division that conducts intelligence.

ICE already expels hundreds of thousands of undocumented immigrants a year. Many are caught at the border, but nearly a third are apprehended by non-uniformed Detention Officers in the U.S. interior or funneled through the criminal justice system. Others are picked up at random checkpoints operated by the U.S. Border Patrol near major cities in the Southwest — a surreal thing to experience if you’ve ever driven through one.

Some experts say President Trump would have to at least triple the number of ICE agents on the payroll just for apprehension and greatly expand the number of ICE detention facilities (current numbering around 165). Many are run by private prison firms – which not surprisingly contributed to Trump’s campaign.

As one commentator succinctly put it, a mass detention program on the scale Trump is proposing would involve “nothing less than the transformation of the United States into a dystopian police state, with the racial profiling, disregard for privacy rights, nighttime police raids and generalized paranoia to match.

Since winning the election, Trump has attempted to walk back some of his most extreme campaign positions (He now says he plans to round up only the estimated 2-3 million undocumented immigrants who have committed a crime, rather than the 11 million he initially said he would target).

This has caused some commentators to flirt with the notion that his signature bombast was merely campaign theatrics. But as Masha Gessen advises in the latest issue of the New York Review of Books, the first rule of surviving an autocracy is to dispense with the notion that cooler heads will ultimately prevail.

“Believe the autocrat,” Gessen implores. “He means what he says.”

On the subject of crime policy there is little ambiguity in what Trump says. During a rally in September in Pittsburgh, he delivered a speech on public safety that could have been pulled from the 1980s:

“There is no compassion in tolerating lawless conduct,” he said. “Crime and violence is an attack on the poor, and will never be accepted in a Trump Administration. The problem in our poorest communities is not that there are too many police, the problem is that there are not enough police.”

In calling for more police Trump is recycling the playbook of his political nemesis, Bill Clinton — who established the Office of Community Oriented Policing Services (COPS) in 1994 for the purpose of bolstering local law enforcement agencies. As I observed last year for The Declaration, the COPS program has produced mixed results; but its predominant legacy has been to offer empirical proof that when it comes to law enforcement, more does not equal better.

Despite spending $14 billion and adding more than 120,000 police officers to the streets over the past two decades, public trust in law enforcement is at historic lows. High-profile incidents of police misconduct have fractured communities and drawn battle lines between cops and their supporters on one side, and a vocal activist movement (which Trump has publicly labeled anti-police).

Under the Obama administration, public officials have been working proactively, and against seemingly insurmountable odds, to repair this rift. The Department of Justice has been instrumental over the past four years in targeting reform efforts at departments that violate civil liberties. Trump has indicated he will discontinue these efforts.

In a question and answer session with the International Association of Chiefs of Police, Trump suggested that his DOJ would take a hands-off approach to proactive policing reform, limiting the federal government’s involvement to jurisdictions that request aid.  The good news is, that means that the DOJ’s voluntary collaborative reform initiative might survive in some capacity following the change in leadership at the White House.

But with local law enforcement emboldened by new tough-on-crime messaging from Washington, pressure on police departments to confront the cultural and structural impediments to reform is guaranteed to dissipate since reform-minded police leaders will no longer have the weight of the federal government behind them.

Instead, law enforcement agencies will be encouraged, if not mandated, to take the gloves off to make good on Trump’s restrictive crime policies.

“We should be able to agree, as Americans, that the law should empower the most vulnerable — not oppress them,” Lynch said.

Taking the President Elect at his word, the next four years will see the definition of “empowerment” shift from We the People to a handful of autocrats who view oppression as a means to political ends rather than the enemy of freedom our founders labored to protect us against.

Guest contributor Christopher Moraff writes on criminal justice policy and civil liberties for a number of media outlets. He is a contributing writer for The Crime Report and The Daily Beast. Find more of his work here.