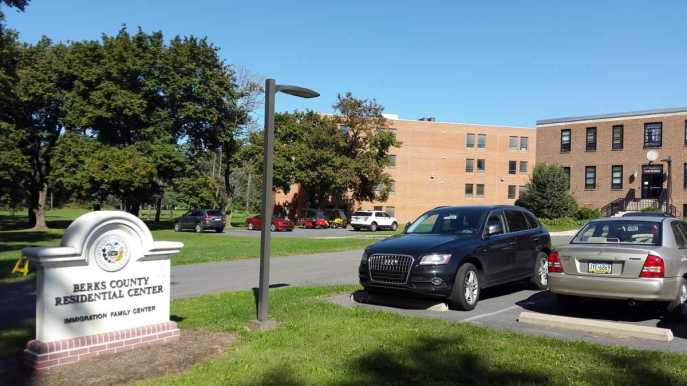 The Pennsylvania Department of Human Services acted illegally in revoking the license of the Berks County Residential Center, the appeals arm of the agency ruled last week. The decision of the DHS Bureau of Hearings and Appeals is another setback for advocates of the immigrant women and children detained in the facility by federal authorities.

The Residential Center has been run by Berks County as a detention center for immigrant families since 2001, when the County Commissioners signed a deal with immigration officials to house women and children there.

The current controversy began in the summer of 2014, when the numbers of women and children from Central America illegally crossing the southern border surged because of growing violence and social instability in those countries.

Immigration authorities responded by placing a number of these women and children in what are called “expedited removal” proceedings. In 1996, Congress passed the Illegal Immigration Reform and Immigrant Responsibility Act, one section of which allowed the government to deport immigrants without a hearing under certain conditions.

Currently, the government claims the authority to start expedited removal proceedings for any immigrant who is apprehended within 14 days of their illegal crossing and within 100 miles from a border. However, the government could expand expedited removal to include any immigrant in the country illegally for less than two years and the Trump administration is considering this step.

Immigrants placed in expedited removal are automatically detained and they are deported without a hearing. The only exception is for immigrants who claim asylum. In order to give asylum seekers their legal right to have their cases considered, government employees interview immigrants claiming asylum.

If an asylum officer finds that an immigrant has a “credible fear” of prosecution in their home country, the case is referred to normal immigration court and the asylum seeker may be released from detention. If the officer does not find a credible fear, the immigrant has only a limited appeal to an immigration judge and no further before deportation.

According to advocates for the families in Berks, all of the women and children detained were arrested shortly after crossing the border and placed into expedited removal. Government agents then found that none had a credible fear of prosecution. They are detained while they challenge those decisions, which they claim were the result of an unfair and faulty process.

Many of the families in Berks have been held since 2015 despite their expedited status. Some filed complaints with the Department of Homeland Security’s Office of Civil Rights and Civil Liberties alleging inadequate asylum procedures. Immigrations and Customs Enforcement may grant stays of deportation while these investigations are pending.

The courts have granted stays of deportation to the other families. One group of families filed a habeas corpus petition challenging their deportation without a hearing, but both the federal District Court and the Third Circuit Court of Appeals ruled against them. The Supreme Court recently declined to hear arguments in the lawsuit.

Four of those families, whose children are also seeking legal status through separate provisions for young immigrants, filed a new lawsuit after the last case was dismissed, and a judge last week granted them a temporary stay of deportation pending a hearing.

Advocates say they are also looking into legal options for other families who were plaintiffs in the dismissed lawsuit.

A spokesperson for ICE declined to provide information about the factors determining the length of detention at the facility.

Meanwhile, the continued confinement is taking a toll on the women and children in Berks. The Declaration spoke with several mothers currently held in the Center through one of their attorneys serving as a translator. The women used pseudonyms, but their identities have been verified by The Declaration using court records.

According to Teresa, who said she fled her country because of threats and fear of sexual assault, there is little for her and her three year old son to do in Berks. “My son is too little for school, and there’s not much to do,” she told The Declaration. “When the weather is good, they let us outside for a little while.”

Maribel and her sixteen year old son have been in Berks for over five hundred days. Maribel said that her son is having an especially difficult time because “he’s an adolescent, his personality has changed a lot while he’s here and he doesn’t have anyone his own age to talk to.”

Maribel emphasized that she and her son are still detained because they are contesting what they see as an unfair process. “We came here and we had just crossed and we were in shock. Practically the next day, they gave us an asylum interview, but we had no legal assistance and it wasn’t easy for us to express ourselves in that environment.”

Advocates have also pointed out the health challenges this long-term confinement poses, especially for juveniles. In a brief filed with Bureau of Hearings and Appeals, a group of twenty-two doctors, psychologists, nurses, and social workers alleged that detention in Berks poses a variety of threats to the mental health of children.

The brief also criticizes the level of care for the physical health of detainees. In one example that attracted international press, a Berks guard pled guilty to institutional sexual assault on a nineteen year old immigrant. The victim’s daughter was one of the witnesses.

Reacting to pressure over these issues from advocates, in 2016 the Department of Human Services revoked the license for Berks to operate as a residential facility. Last week’s ruling from the Bureau of Hearings and Appeals, however, found that the Department violated the law by revoking the license in response to outside campaigns.

The Bureau of Hearings and Appeals subsequently adopted Dudley’s recommendation, formally ordering the Department’s action cancelled. While this is a binding order, the Department can still ask Human Services Secretary Ted Dallas to reconsider. According to advocates, they are hopeful Dallas will reverse and rescind the license again.

If Dallas does so, however, Berks County may appeal to the courts. The County already appealed as high as the state Supreme Court alleging that Dallas’ involvement in the case made the process unfair. While the courts declined to intervene in the middle of the case, they may be willing to address the question now because a final order has been issued.

For now, with multiple agencies considering their future and immigration policies shifting under the Trump administration, the future of the women and children detained in Berks remains uncertain.