Philadelphia police are “absolutely” certain that union members are behind arson at the non-union construction site of a future Quaker Meeting House, WHYY’s Newsworks reports.

Gun Crisis News reports on a Saturday afternoon shooting in East Germantown. One male was pronounced dead after being rushed to Einstein Medical Center. 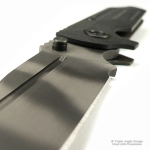 The Philadelphia Inquirer takes a look at city finances for 2013. Hint: no new tax hikes (except for a controversial property tax increase) but certainly more cuts are in store.