Documents obtained by photographer Ed Roper detail expenditures by the US Park Service at Independence Mall on April 20th, May 18th, and June 30th 2013 to provide law enforcement for “Smokedown Prohibition,” an ongoing demonstration against the criminalization of marijuana organized by The Panic Hour and PhillyNORML (about which the Declaration has reported at length).

The documents show the abrupt increase in spending between the three dates. A 400% increase in overtime costs were accounted after a video appeared online widely showing a fundamentalist minister heckling Park Rangers for their failure to “enforce the law” in response to Smokedown attendees smoking marijuana openly on the Mall.

An additional four-fold increase is seen after the first arrests, of N.a. Poe and Adam Kokesh at Smokedown 5 on May 18th.   (The full response from the NPS is embedded at the end of this post)

Roper describes the trend in his own report:

In April 2013, the last “Smokedown” event held without police interaction, the cost of overtime for National Park Service Police totaled $1,522.43. The very next month, when NPS Police decided to start making arrests, costs increased to $5,350.62 worth of overtime. Keep in mind these events last generally from 2 to 3 hours at most.

Roper goes on to describe a further escalation for the next Smokedown: “On June 30th, 2013 the Park Service decided for reasons unknown to dramatically up their presence and brought in even more police, some dressed in full riot gear.”

Those are Park Rangers in riot gear. Photo by Kenneth Lipp

On this date, the cost of overtime combined with travel expenses shot up to an astounding $21,563.64. Over twenty-thousand dollars were wasted to police a group of peaceful pot smokers, expressing their right to petition the government and engage in free speech.

In an email to Roper, Public Affairs Officer for Independence Mall Jane Cowley gave her own accounting of the increase in expenditures. She responds (as provided courtesy of Mr. Roper): “On April 20, Philadelphia Hip Hop Society, a pro marijuana organization, held a Public Assembly (First Amendment Event) on People’s Plaza at Independence NHP called the “Smoke Down Prohibition V” rally. This was this organization’s first permitted event in the park. On May 18, the organization held its second permitted event in the park. On May 18, Independence NHP Protection Rangers worked closely with the Philadelphia Police Department to monitor and respond to this event, as participants in the first event claimed to have participated in civil disobedience by smoking marijuana despite knowing the law prohibiting it.”

During the May 18 event, several people in attendance began smoking marijuana.  Law enforcement officers from the Park Service and Philadelphia Police and other agencies then took action to enforce the law against possession of controlled substances on federal property.  During this police action, two individuals were arrested and charged with resisting federal officers, in violation of Title 18, United States Code, Section 111.

“On June 30, a group gathered in the park without a previously approved permit. Because the group had announced publicly their intention of gathering in the park and violating federal law against possession of controlled substances on federal property, the park requested assistance from other law enforcement agencies and other parks to monitor this event. Despite the fact that the group did not have a previously approved permit, the park allowed for peaceful public assembly and free speech but intervened in instances where individuals openly violated federal law.”

The Park Service has in the past shown its willingness to expand its enforcement capabilities liberally when tasked with meeting organized demonstrations. In fact, as the Declaration reported earlier this year, at over $100,000 for the 2012 Occupy National Gathering, the Smokedown is being policed at a bargain. From  National Park Police Documents Reveal Flimsy Intelligence Gathering, Disregard for Civil Liberties, by Joanne Michele, Dustin Slaughter, and Kenneth Lipp (February 2013):

“On May 31, Independence National Historic Park requested and was granted an Emergency Law and Order (ELO) account to cover anticipated costs from June 30 to July 5, which they estimated in May to be at least $120,000 as well as assistance from other areas and the NER SET team (page 124). The NPS appears to have initially faced difficulty in obtaining the requested 10 additional park police from other locations. A June 19 email from Chief Ranger Patrick Suddath to USPP Captain G. William (Bill) Davis suggests Suddath may fail to understand the financial situation of this country. “I am also a little unclear why WASO (Washington Support Office) was so adverse to bringing in the Alaska SET Team. I’m guessing that the difference in travel between Alaska and NER SET (Northeast Region Special Event Team) may be about $1500 a person.”

As Smokedowns continue, with the next planned for this Saturday, September 21st (and titled “Smokedown 9: Mass Civil Disobedience), Mr. Roper has several FOIA requests in the works to further elucidate the financial lengths the Park Service is willing to go to enforce an increasingly unpopular criminal characterization and treatment of the use of marijuana. 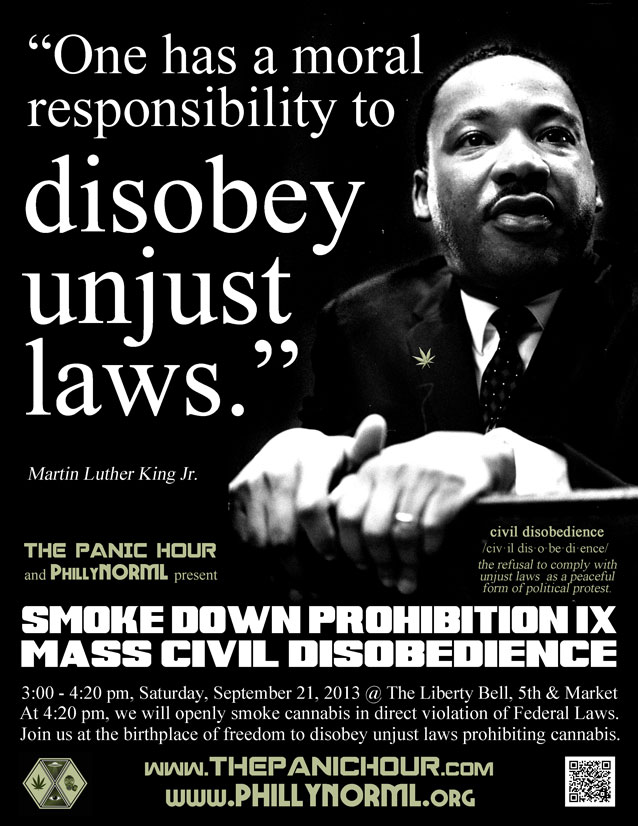