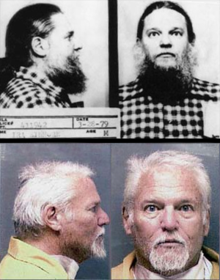 Okay, so maybe “started” is a strong word. And technically Ira Einhorn didn’t murder anyone until 1977, seven years after the above photo, taken during the first Earth Day celebration at Belmont Plateau, in Fairmount Park.

Nevertheless, the West Oak Lane native, more colorfully known as “The Unicorn Killer,” was a major fixture in radical West Philly counterculture movements in the 1970s and a force that helped organize the first Earth Day.