A coalition of activist organizations and political parties has announced its planned route for a protest march through Center City tomorrow. The May 1st Coalition is featuring several issues at choice locations along the march, from the Office of the Governor to the Immigration and Custom’s Enforcement office on Callowhill Street.

The release from the Coalition: 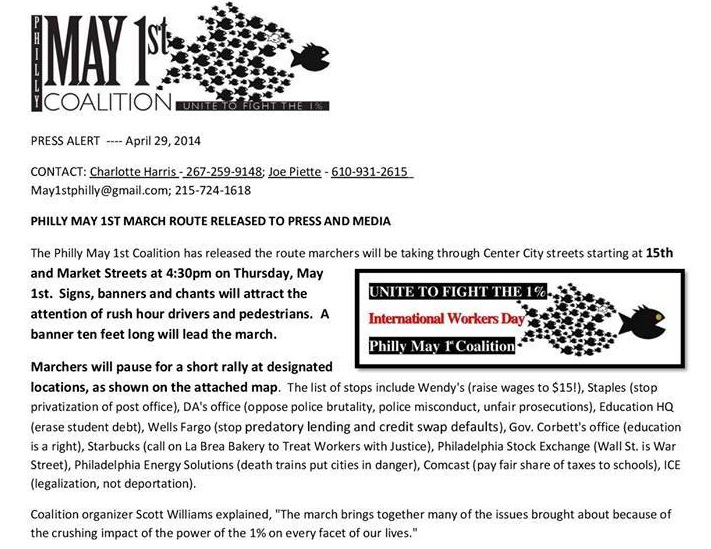 Tagged: May 1st Coalition May Day