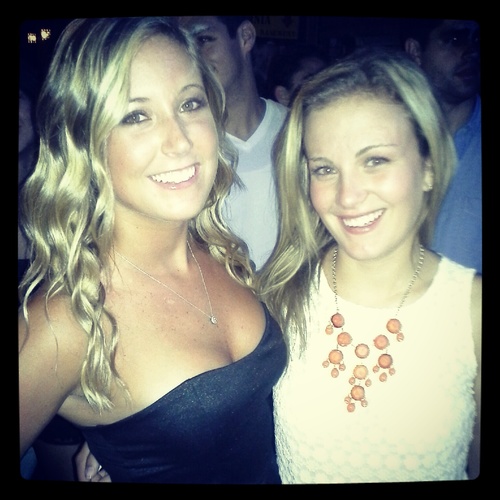 Kathryn Knott, via her twitter profile. Knott is accused of assaulting two gay men in Philadelphia on September 11th.

The daughter of a local police chief has turned herself in to Philadelphia authorities after a warrant was issued for her arrest, along with two others, in an alleged assault on two gay men on the evening of September 11.

Kathryn Knott, daughter of Chalfont Borough Police Chief Karl Knott, and her cohort were tracked down via social media after surveillance footage of the group reportedly responsible for the attack was released by the Philadelphia Police Department.

All three suspects -Philip Williams, 24; Kathryn Knott, 24; and Kevin Harrigan, 26 – all of Bucks County – will be charged with two counts each of aggravated assault, simple assault and related offenses.  Sexual-orientation as a motivation for assault is not a hate crime under Pennsylvania law. Councilman Jim Kenney has called for a federal investigation to facilitate such charges against the perpetrators of the September 11th, 2014 attack.