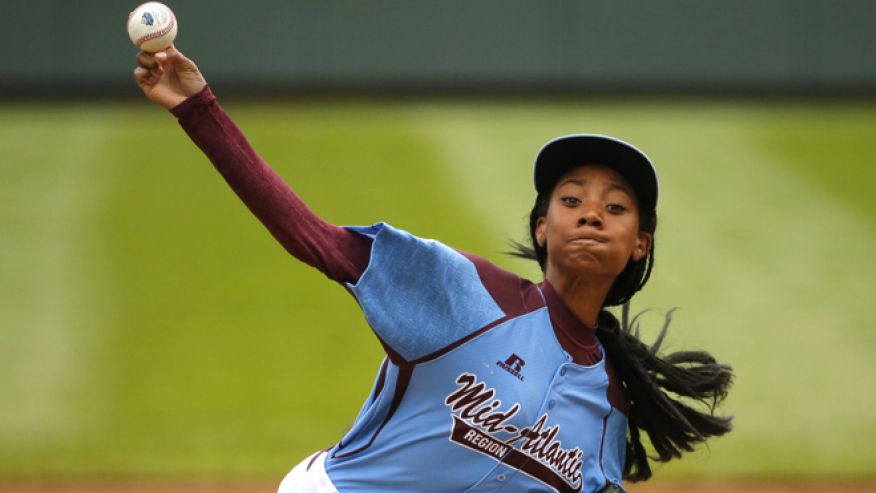 Little League World Series pitching phenomenon Mo’ne Davis can add another distinction to her career: Time’s “25 Most Influential Teens of 2014”.

It’s not every day that a black female athlete appears on the cover of Sports Illustrated—let alone one who’s 13. So Mo’ne Davis made quite a splash in August when she landed that spot (cover line: “Remember Her Name”) after pitching a shutout game in the Little League World Series. Her team, Philadelphia’s Taney Dragons, was eventually knocked out of the tournament, but not before Davis got accolades from Michelle Obama, Kevin Durant and Ellen DeGeneres, among others. Many hope she will be a role model for girls in sports, especially those that are typically male-dominated.