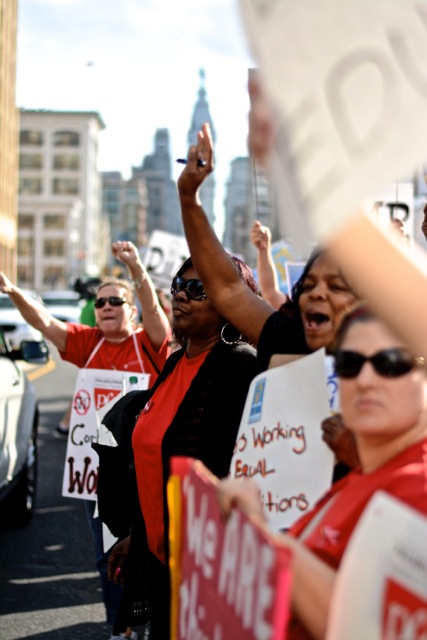 As many as 1,000 Philadelphia Federation of Teachers members, students, and supporters rallied outside 440 North Broad Street Thursday afternoon in advance of a scheduled School Reform Commission hearing.

Police conducted traffic at intersections as far away as 18th Street and Vine Avenue to contend with widespread congestion resulting from the closure of Broad Street at Spring Garden through the peak of rush hour.

Demonstrators spoke out against the SRC’s highly controversial decision to cancel its contract with the teachers union on October 8th, and to protest against an as-of-today launched anti-union effort by the free market think tank Commonwealth Foundation.

President of the Pennsylvania chapter of the AFL-CIO Richard W. Bloomingdale announced that “a city-wide strike was still on the table.”

“We have to take this moment and turn it into a movement,” Bloomingdale said. 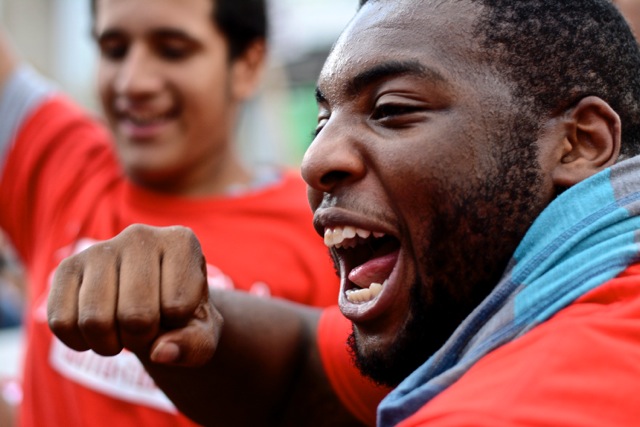 Bloomingdale was followed on the crowded dais by Patrick J. Eiding, the president of the Philadelphia Council of the AFL-CIO, who reiterated Bloomingdale’s sentiment. He also addressed an incident that occurred last night at a Comcast-sponsored film screening involving SRC Commissioner Sylvia Simms:

Regarding the SRC’s October 8th decision and subsequent lawsuit filed in Common Pleas court that same day, he said:

“If the courts don’t turn it around, we’ll turn this city upside down. We will shut this city down, and we won’t do it in the dark of night, we’ll do it out here on the streets in the heart of day.”

Daniel Symonds, a 7th grade teacher in Allegheny, said to The Declaration at the scene of the demonstration:

“Do we have a public school system that’s publicly accountable, or do we have a few corporate-backed big-money shot-callers who are going to tell us that we don’t need teachers, health care, libraries, and music?”

The Declaration learned late Tuesday that the Commonwealth Foundation was hiring counter-protesters for today’s event. 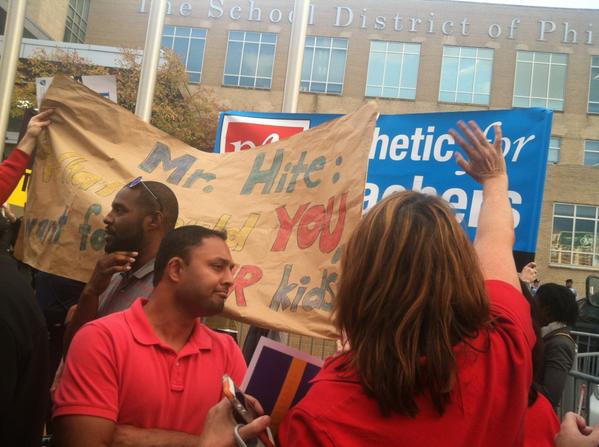 Regarding the presence of paid protesters, Symonds went on to say:

“There are a lot of monied interests who know that education represents health care for teachers…so some of those monied interests will hire actors so it looks like the people of Philadelphia don’t support our public schools.”