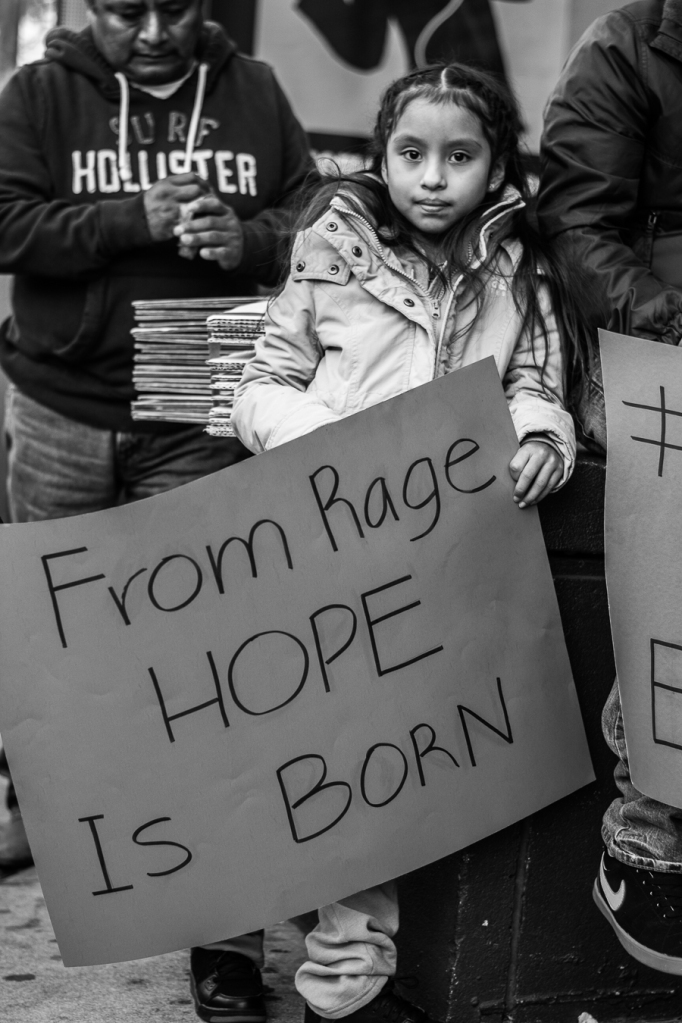 By Joshua Albert and Dustin Slaughter

Approximately 100 demonstrators carrying placards, cardboard crosses, and candles chanted and sang outside of the Bourse near Independence Mall Monday evening, joining counterparts in Mexico who have been protesting the government’s handling of an investigation into the disappearances of 43 students who were last seen over 40 days ago being placed into police vehicles during a rally in Iguala, Guerrero.

Today, demonstrators in Mexico marched to Acapulco’s airport and effectively shut operations down for several hours.

“We protest here, because it helps, and has impact. In Mexico attending a protest could be a death sentence,” a man named Ramos from the city of Puebla tells The Declaration.

Ramos believes the number of missing students is but a fraction of the total who have been kidnapped through government and gang collusion.

“It’s been more than this, 1000s of people are murdered,” he says. “In Mexico if you try to speak out against what is going on, it could be your last time speaking, and no one is doing anything about it.”

Demonstrators at the Bourse passed around a petition demanding Mexico’s President Enrique Pena Nieto’s resignation, and were permitted by officials to deliver to Consul Carlos I. Giralt Cabrales a letter demanding pressure be brought to bear on Nieto to step down.

Another man named Diego calls what is happening in his home country a humanitarian crisis.

“We need to do everything we can here to help.”