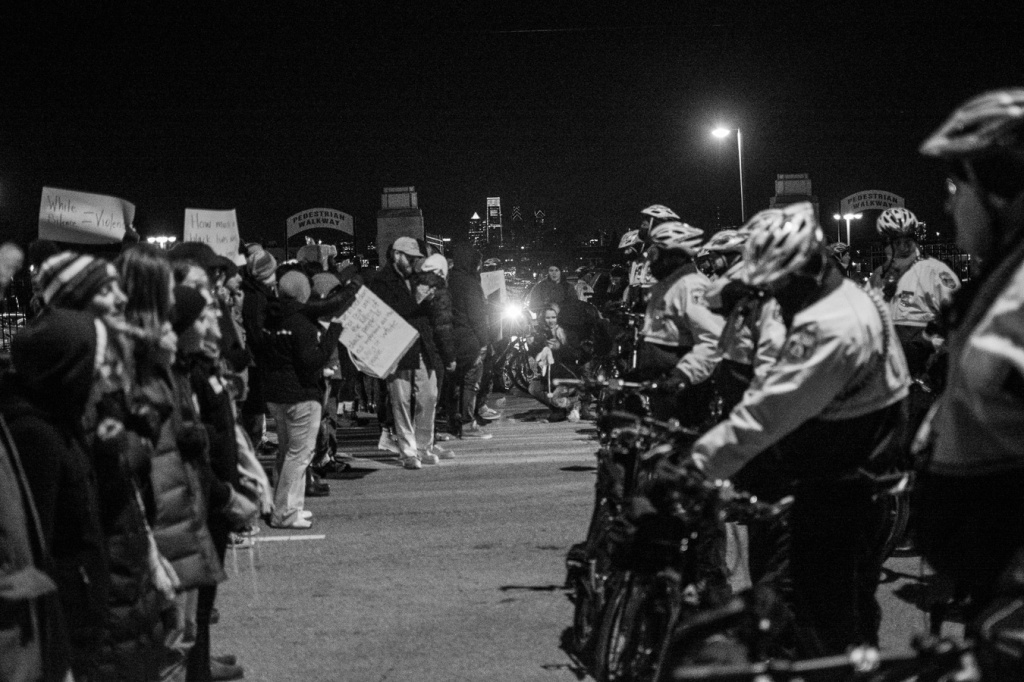 Fans leaving the Eagles vs. Seahawks game last night at Lincoln Financial Center in South Philly were prepared in advance to encounter a group of demonstrators, led by Philadelphians Organized to Witness Empower and Rebuild (POWER),  holding a four-and-a-half minute “Die-in” protest at the stadium’s main access road on Broad Street at Pattison. Eagles fans took to social media prior to kickoff to express their disgust – some even threatening physical violence towards demonstrators – at the possibility that their trips home (or to work?) would be delayed. Exiting the 10-point loss to Seattle and finding the Broad and Pattison intersection blocked and the surrounding streets lined with hundreds of cops and police vehicles, Philadelphia Eagles fans taunted protesters, chanting in large groups “assholes”, with some even shouting “Shoot ’em all!”, as they crossed the intersection behind a line of Philly PD task force officers with bicycles, and yelled at protesters to “get a job,” staggering back to their cars with open containers of cheap beer in hand for a likely Sunday night DUI. 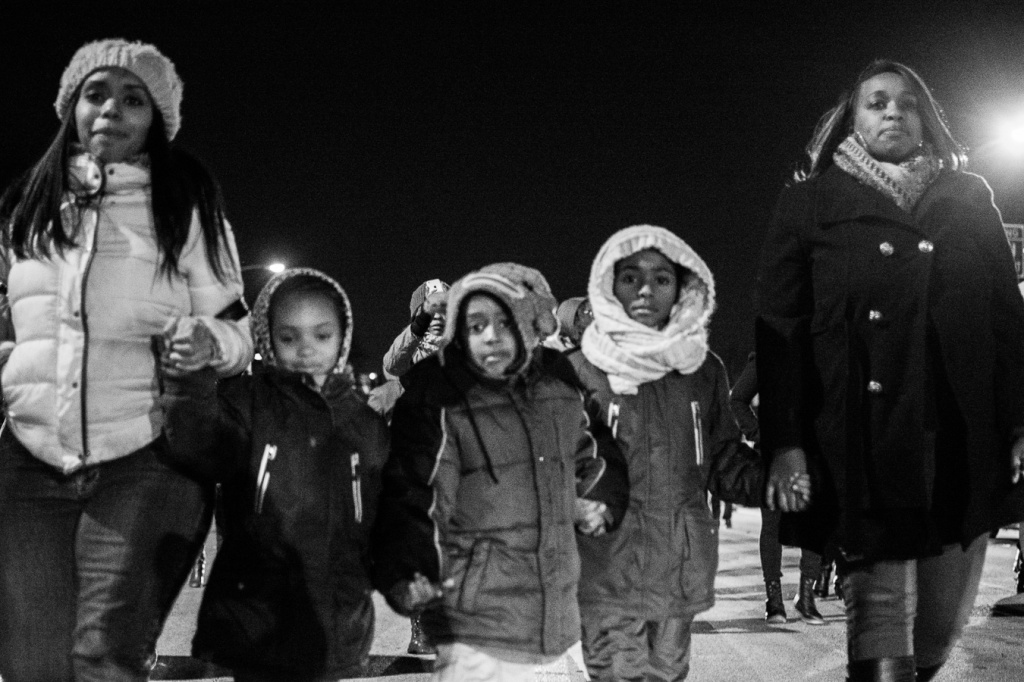 POWER called for the four-and-a-half minute action, representing the four-and-a-half hours the body of Michael Brown, the Missouri teen killed last August by a Ferguson, MO police officer, stayed in the street after his shooting. It was the latest of hundreds of such actions nationwide, and dozens locally, following a several hour march through the city Saturday that included “die-in” demonstrations at Suburban Station and the Philly PD substation on South Street. Hundreds participated in similar actions last week at 30th Street Station and on the campus of the The University of Pennsylvania.

Demonstrators gathered for introduction and prayer at 7 PM outside of the subway entrance on the north side of Pattison Avenue before marching into the middle of the street the moment the football game was over, laying down on cue, and enduring in silence the jeers of dozens of passing fans of the losing team. At the end of the 4-1/2 minute countdown, the group returned to its meeting spot, but not without conflicts in the crowd – a legal observer had his camera slapped from his hand by someone angry and clad in green-and-white, and police were compelled to maintain a wide berth for the demonstrators from multiple determined hecklers. 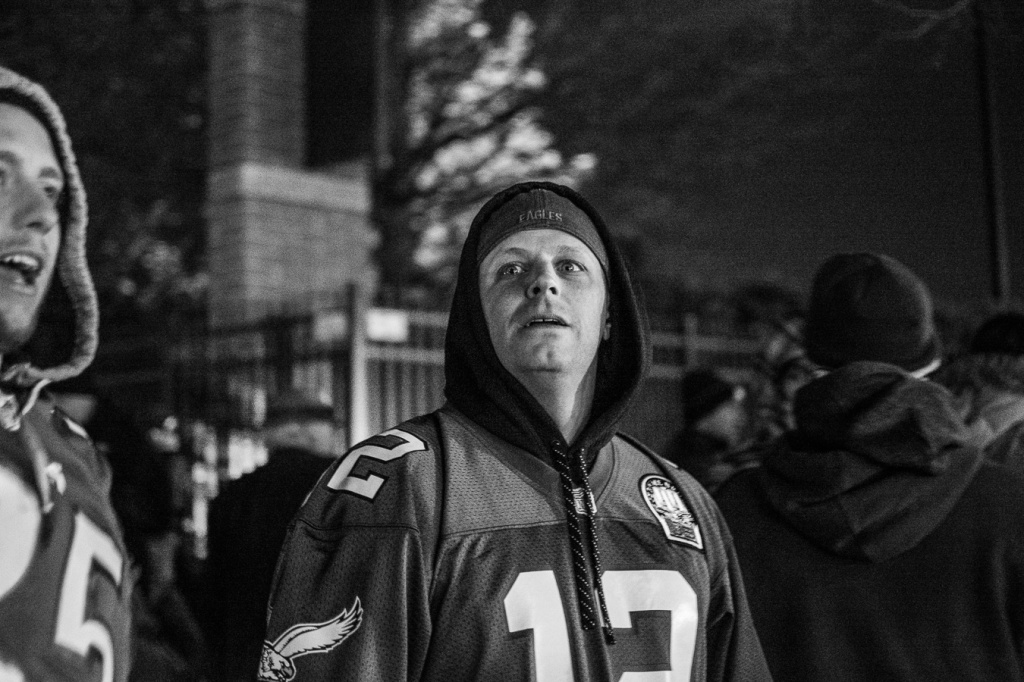 After POWER ended its formal gathering, a march of approximately 70 protesters headed west down Pattison, where they briefly blocked the exit of a satellite parking lot for the stadium. Demonstrators argued with motorists who wished to get home, and one game-attendee assaulted a Declaration reporter through a police line. The protest group dwindled to about fifty as they left the parking lot to march further west before breaking-up and dispersing.

No arrests of demonstrators or antagonist fans were reported by police, though The Declaration was informed by a police official that a post made to Facebook by guidance counselor at Central Bucks High School West is being investigated by the Montgomery County District Attorney’s office as a possible criminal threat. CBS Philly reported today that that counselor is now on leave from her job over the post.