At approximately 11:30 PM Friday night, two of our journalists were twice accosted by Philadelphia police for photographing DNC-related preparations on public sidewalks and streets in the vicinity of the Wells Fargo Center.

They remained on public sidewalks and streets that were accessible by the Broad Street Line’s AT&T Station, and at no time did they attempt to enter the parking lot surrounding the Center.

Our photographer was first approached by an officer who drove up to her in a marked SUV and inquired as to what she was doing.

“I told him I was media and that I was documenting pre-DNC set-up. He then asked me for my credentials,” says Kristi Petrillo. “I told him that technically I don’t need credentials. He smirked and said ‘To be here you do.’ Then he told me I wasn’t allowed to take photographs. I turned off my camera and put it away. Then he drove off.”

Petrillo then walked over to the northeast corner of Broad and Pattison, where FDR Park is located, to discuss with her editor, Dustin Slaughter, what had just happened. 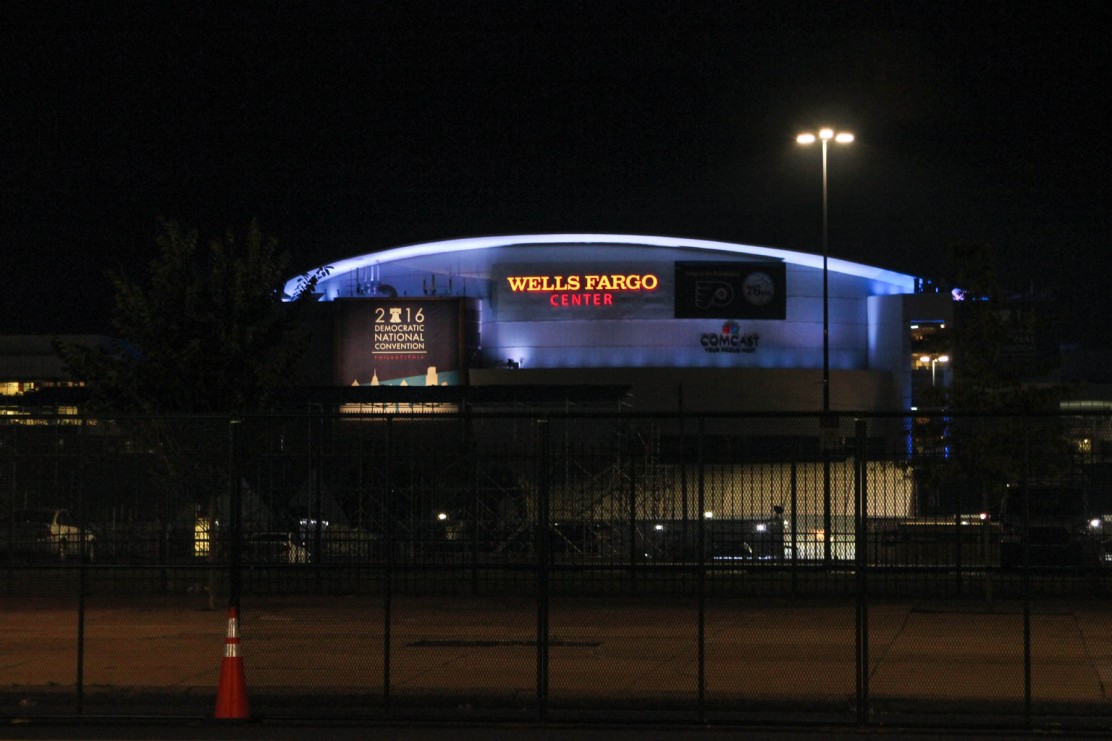 The two were then approached by a PPD supervisor and again asked what they were doing there. Slaughter explained that they were press.
“If you were really press, you’d know you aren’t supposed to be here.”

Slaughter then asked him where he would like the two to stand.

“If you were *really* media, you would know where you are supposed to be. Now how are you going to leave?” the supervisor demanded.

“He seemed to be suggesting that only credentialed media would know that public spaces surrounding the event were closed off, even though people were exiting the subway and walking on the sidewalk this whole time. But not wanting to escalate an already bizarrely tense situation, I told him we planned to leave the same way we got there – the subway,” Slaughter says.

Security restrictions released by the Secret Service on July 8th indicated that road closures would begin “no later” than July 23rd at 12 P.M. According to one city official we spoke with, there is no policy which prevents uncredentialed press from taking photographs in public spaces – including sidewalks – in the vicinity of the Wells Fargo Center during the convention.

In the interest of protecting the freedom of speech that is enshrined in the First Amendment, The Declaration urges event planners to clarify with law enforcement the rules surrounding demonstrators and independent, uncredentialed journalists as we approach the beginning of the Democratic National Convention.