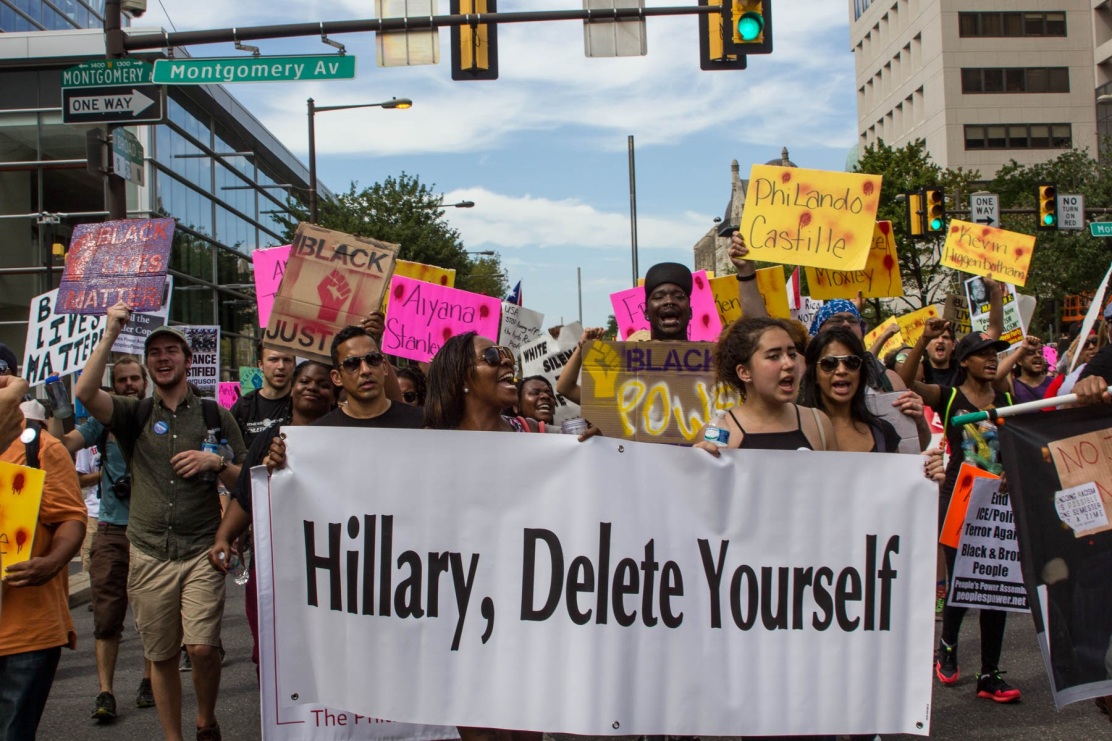 Four people were arrested by Philadelphia police between 8:15 and 8:30 pm on Tuesday, after scaling the black metal security fencing and dropping down into the Secret Service-designated ‘secure zone’. Barbara Burns, Katherine Roberts, Anna Marie Sternberg, and James Williams were charged federally with entering a restricted area, and went before a federal magistrate judge this afternoon.

Flash points last night didn’t end with the four disaffected Sanders supporters angered by the nomination of Hillary Clinton though.

After a Sanders delegate sit-in over Clinton’s nomination, which took place inside a media tent near the Wells Fargo Center, a subsequent ‘solidarity’ march outside started moving north on Broad Street. That march collided with a Philly Coalition for REAL Justice demonstration that had been marching south for over five hours towards the convention site protesting the nomination of Hillary Clinton and police brutality. 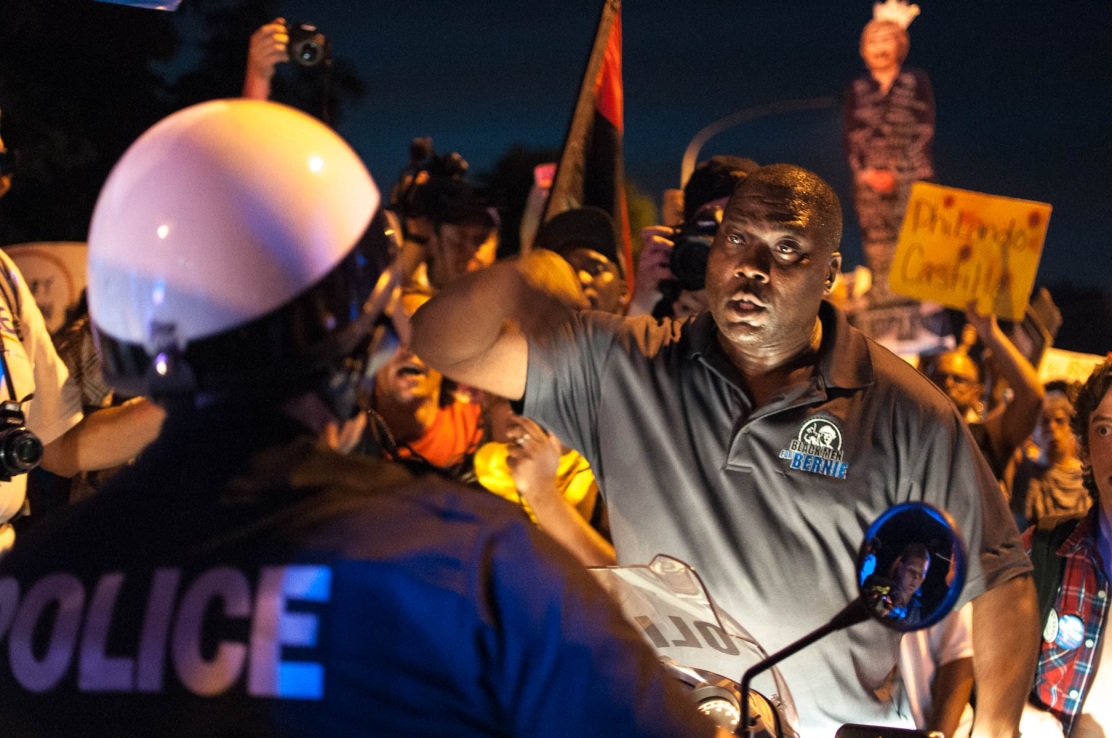 A ‘Black Men for Bernie’ demonstrator attempts to deescalate tensions between police and protesters at Broad and Packer Streets on Tuesday night. Photo: Kristi Petrillo/The Declaration

Confusion and anger ensued when police attempted to secure the intersection at Broad and Packer with officers on motorcycles. With batons drawn, police began slowly backing cruisers into the sea of protesters, with sirens blaring, to transport officers onto the scene.

Despite some shoving matches, no injuries or arrests occurred. 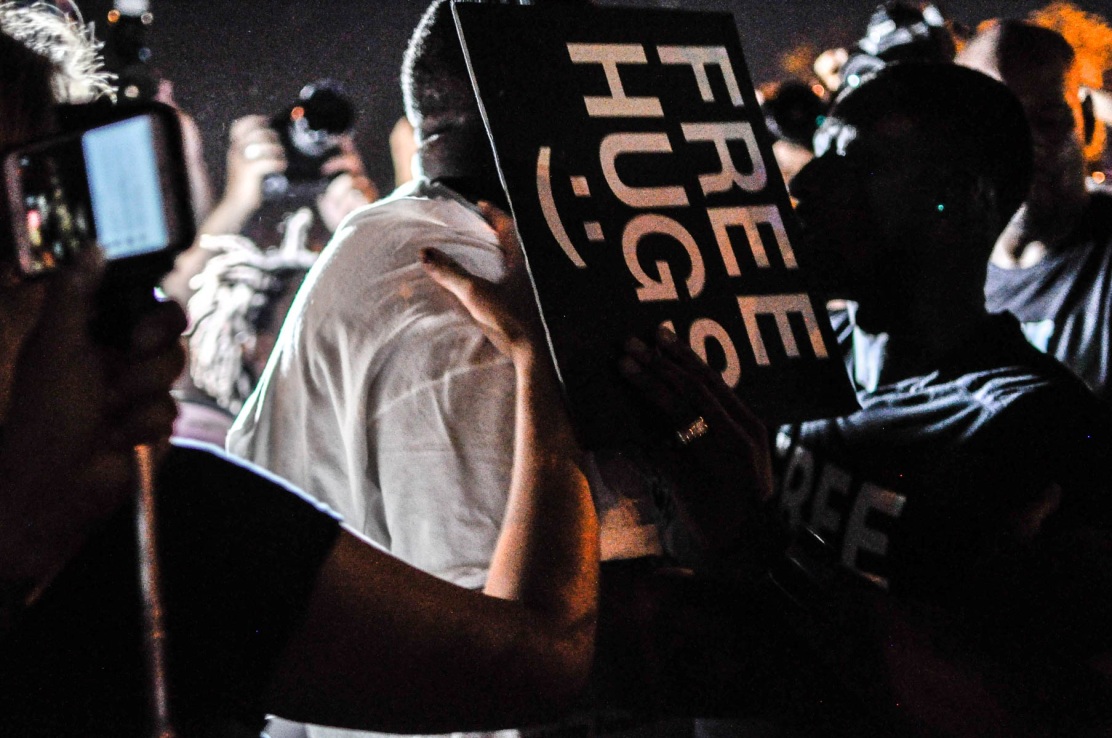 A crowd of demonstrators attempts to diffuse a scuffle between two men near the Wells Fargo Center. Photo: Kristi Petrillo/The Declaration

Tensions again flared farther south on Broad when a Sanders supporter and a protester from the Philly REAL Justice march scuffled. The crowd quickly diffused the situation, however, pulling the men away from each other and chanting “Peace, peace!”

Shortly after, a handful of masked demonstrators and Sanders supporters engaged in a shouting match near the security fencing at the  AT&T subway station, which ended with the former setting alight a Sanders campaign sign and American and Israeli flags amid chants of “Long live the intifida!” and “Feel the Bern! Feel the Bern!”

The masked individuals also confronted and repeatedly shoved a reporter and photographer who were on scene to document the confrontation, ordering them to turn off their camera. Politico reported that the news crew were affiliated with the right-leaning One America news network.