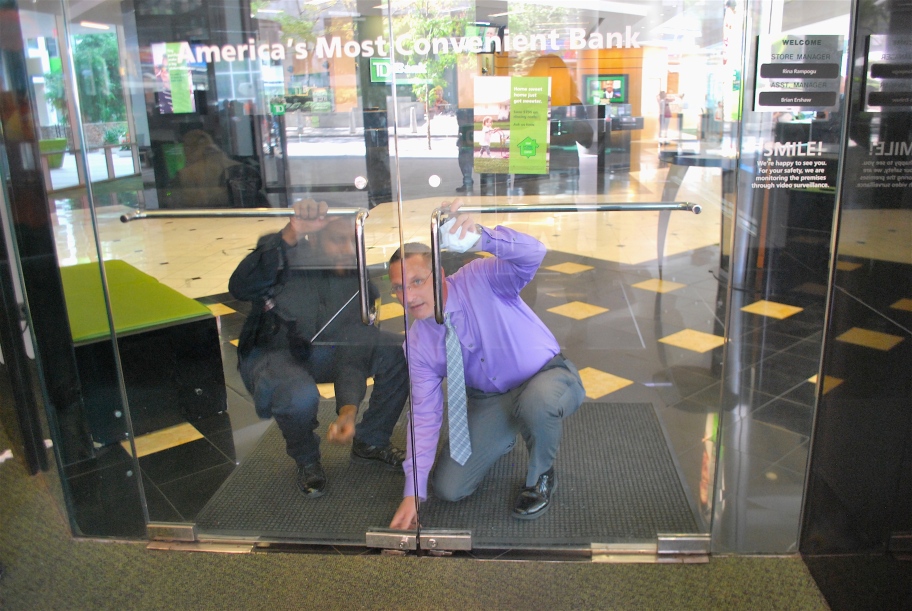 But those now pulling capital from the DAPL are late. Analysts have already lined up to decry the pipeline as an unwise investment. And several insiders who organized financing for the project began selling their own cash interests in it months ago.

Sunoco and Energy Transfer Partners own most of the DAPL. See here for detail about the corporate structure.

It’s hard to say exactly how much profit a sale like that makes. Folks at public firms don’t have to list exact share sale dates and other information needed to figure that out. But to give an idea, Energy Transfer Partners stock hovered around $55 a share last year. If Warren sold at that average price, he would’ve made over $700 million. 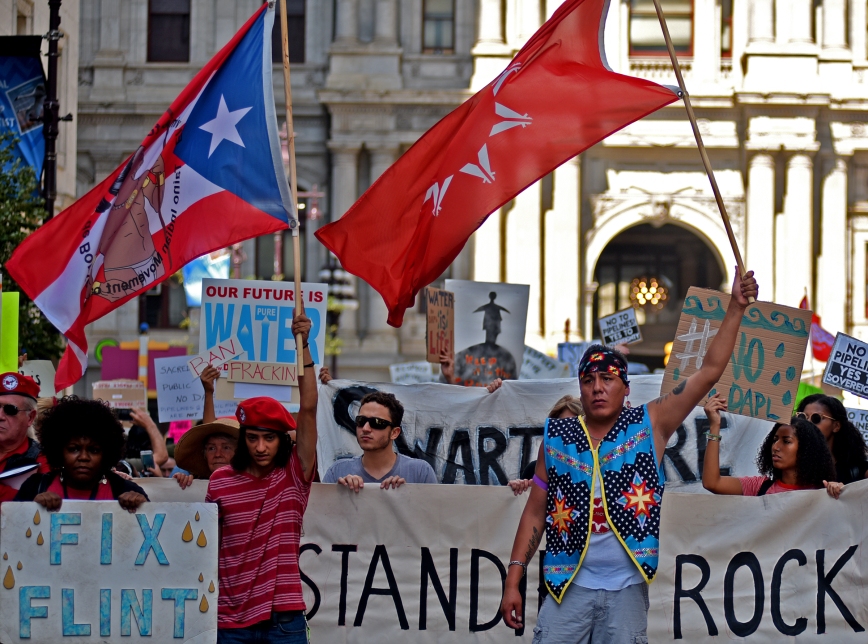 Water defenders march on Broad St. south of City Hall on September 19 during a national day of action against the DAPL. An estimated 400 people rallied and visited five TD Bank branches in Philadelphia’s downtown. © Laura Evangelisto 2016.

How about the lenders? 17 banks signed a March 2015 agreement to loan Sunoco Logistics Partners $2.5 billion to build pipelines in the midwest.

Nathan Starr of Wells Fargo acted as a “bookrunner” in that deal. “Bookrunner” in the lingo refers to the lead bank that keeps track of everything when several banks make a single loan together. For their troubles, bookrunners usually claim more of the return than other involved parties. 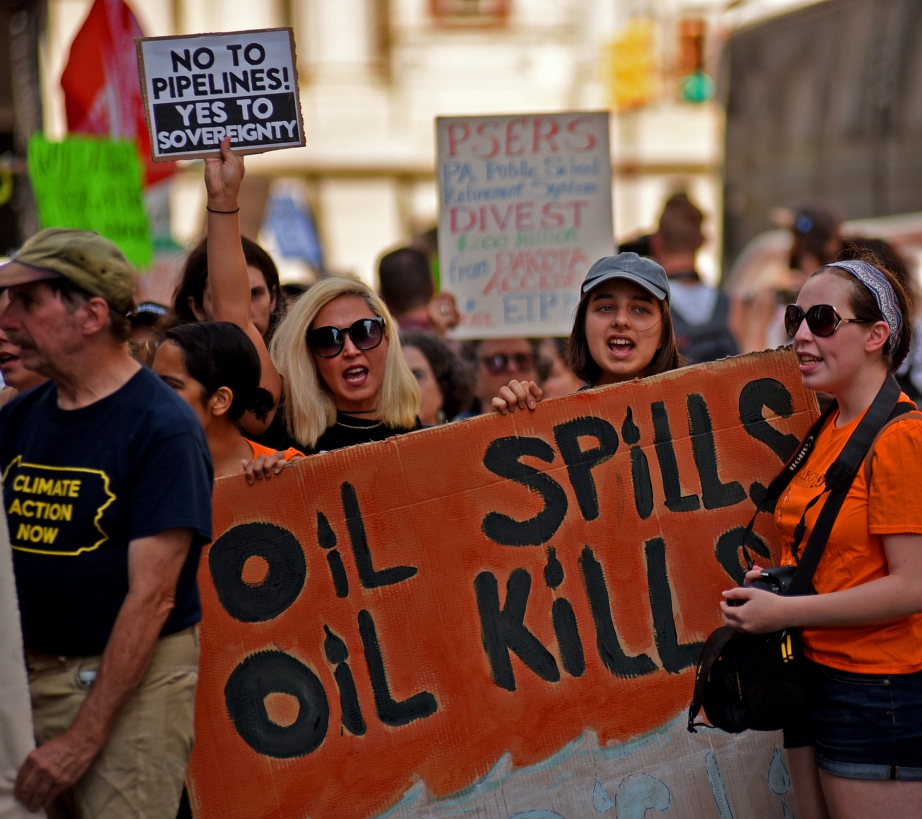 Add the profits these banks made selling their stakes in the pipeline to the interest they’ll collect as Sunoco pays down the $2.5 billion loan. And keep in mind that what we discuss here represents only a part of the DAPL’s financing complex. 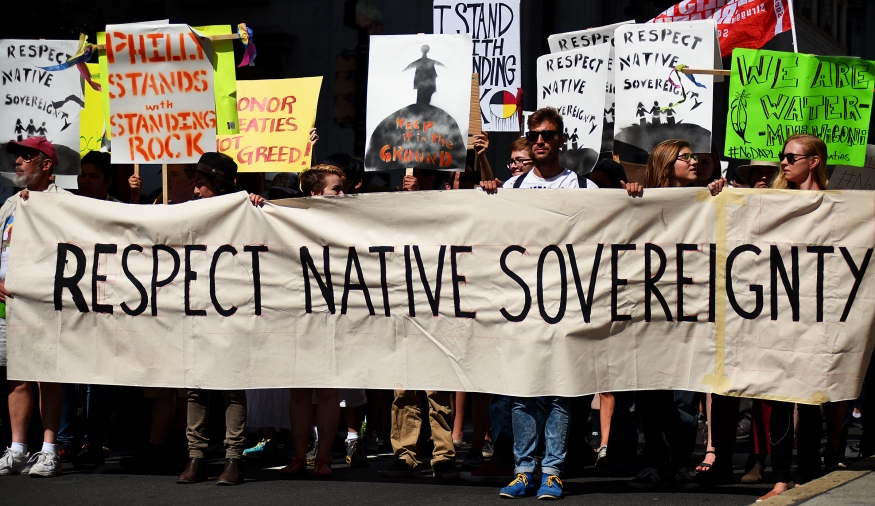 Pipeline boosters like the American Petroleum Institute and Dakota Access’s attorneys selectively ignore these skims when talking about the pipeline as a public interest: a single nail holding an economic ecosystem together, which if dislodged could harm thousands’ livelihoods.

Dakota Access claims the lawsuit Standing Rock Sioux filed against them has caused $1.4 billion in damages by way of delays during the first year of DAPL’s construction, according to recent court filings. And each additional month of delay costs the pipeliner $83 million. “These losses,” attorneys with Dakota Access write,

“are not delays in payment, but actual losses that Dakota Access can never recover… Customer contracts could be permanently lost if Dakota Access’ January 1, 2017 delivery schedule is not maintained, and the families of upwards of approximately 8,000 workers will be negatively impacted.”

In other words, the pipeliners sold forward-looking oil delivery contracts on the assumption that the DAPL’s construction would finish on schedule. Financiers already got their money. But if promises they made in the process don’t get kept, that’s on the employees. 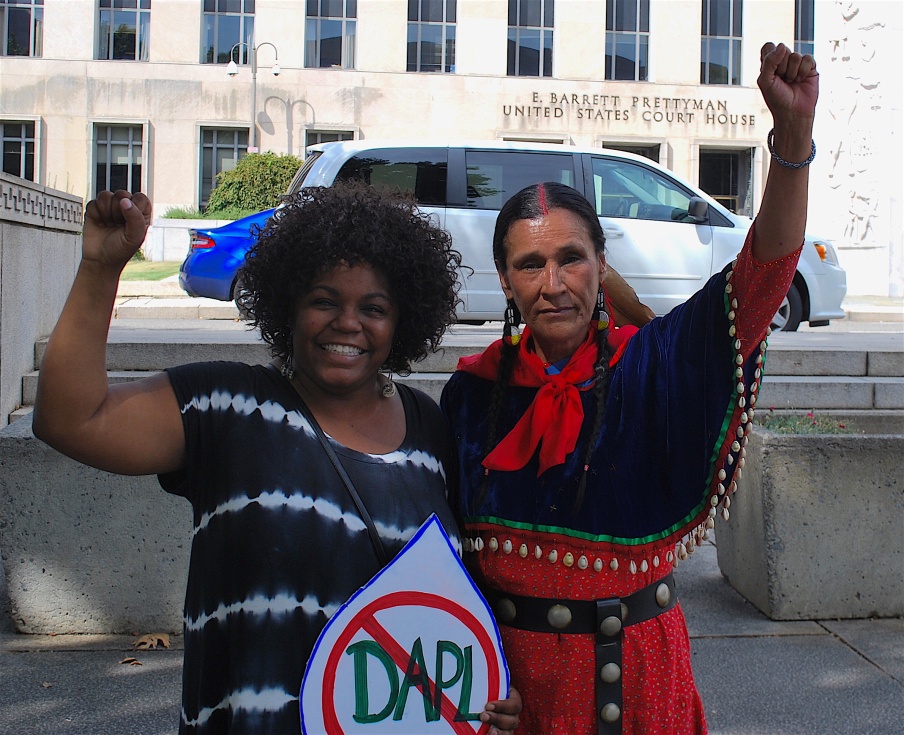 Outside a Washington, DC federal courthouse on the day the federal government announced its decision to partially halt construction on the DAPL.

The author works with and enthusiastically supports Philadelphia-based solidarity with Standing Rock.