All Photos by Kristi Petrillo

Activists last night disrupted a meeting of Philadelphia’s Police Advisory Commission, the City’s civilian police oversight agency. The protesters alleged that the Commission has been moving too slowly in investigating the fatal police shooting of David Jones. Board members had not seen video of the shooting prior to the meeting.

The Commission has been in a state of flux since its former director, Kelvyn Anderson, resigned from office under a cloud of suspicion for allegedly starting a relationship with a woman seeking help on a police complaint.

New board members who were supposed to be appointed under an executive order signed earlier this year by Mayor Kenney have not been chosen, and a new permanent executive director has yet to be hired. 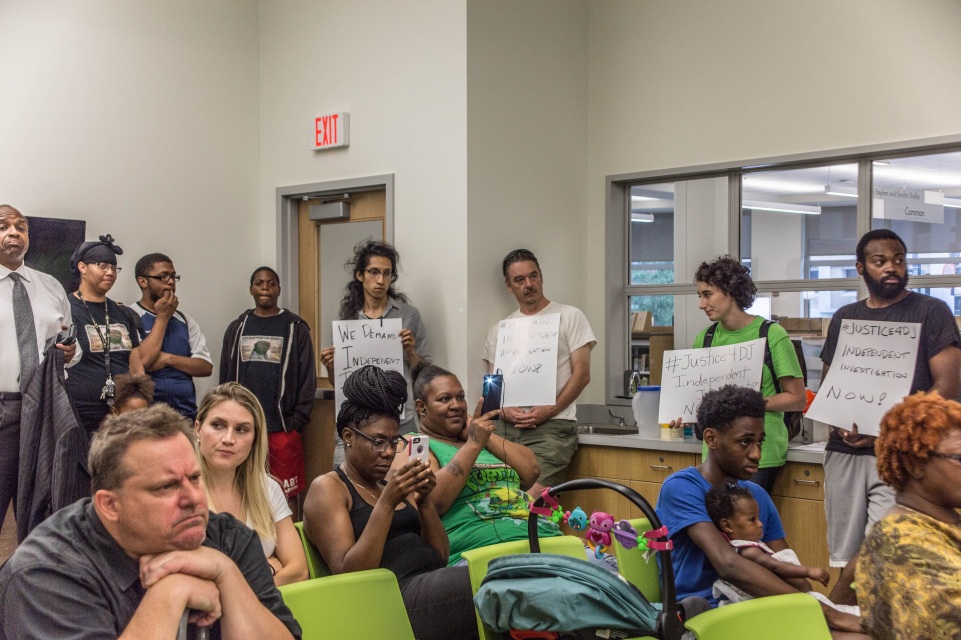