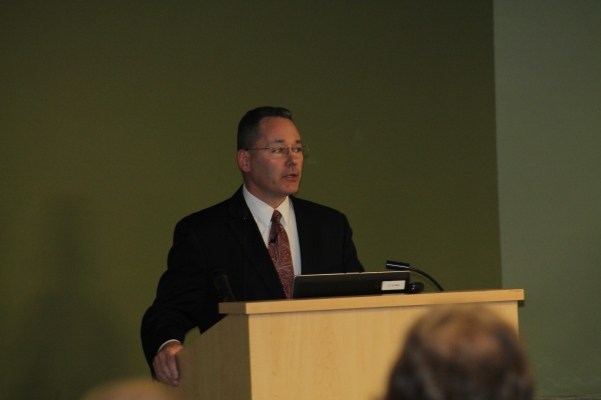 The Police Department’s implementation of that program, however, has been criticized in the past for being inadequate, and officials have still not fully complied with federal recommendations about improving it.

Crisis Intervention Training was first developed in Memphis, and involves intensive training of officers to respond effectively to individuals in crisis, often as a result of mental illness.

The CIT model expects a select group of passionate officers to volunteer for this training and serve as resources for fellow officers who undertake less intensive training.

Philadelphia first introduced CIT in 2007. For several years prior, it had offered shorter courses to officers but resisted the longer training out of concern that the volunteer requirement would create too much specialization between officers.

The increased availability of CIT coincided with an increase in the availability of Tasers, or electronic control weapons, which work by disrupting the nervous system and are less lethal than firearms.

Tasers do have lethal effects at times, however, and then-Police Commissioner Charles Ramsey decided to limit their use to officers who had gone through CIT, providing a new less-lethal option to the Department’s crisis specialists.

In practice, this decision actually undermined the goals of CIT. In 2015, a federal review found that as a result of this conflation, “many officers… referred to CIT as ‘taser training’ because they viewed obtaining the tool as the primary outcome of the training,” rather than the de-escalation mission.

In fact, the Community Oriented Policing Services Office of the Department of Justice found “instances in which ‘mental illness’ is listed as a reason for using force, often being cited in instances of ECW discharges.”

The COPS Office recommended instead that police “decouple” CIT and Taser training, and that all uniformed officers should receive training in the use of Tasers and carry them.

Even as the Police Department moved to comply with many of COPS’ other guidelines, it resisted these suggestions.

Shortly after the report was released, The Declaration spoke with Captain Jacqueline Bailey-Pittman, the officer in charge of implementing the COPS report.

“There are some intricacies” that the department leadership is “trying to work out with regard to decoupling CIT and Tasers,” Captain Pittman said at the time. “I don’t think that Commissioner Ramsey is in agreement with a total decoupling.”

At the ceremony earlier today, Police Captain Fran Healy spoke with The Declaration about the state of the program as it reaches its first decade. Healy described Taser training and CIT as “completely decoupled.”

This version of decoupling, however, does not appear to meet the federal recommendations by COPS, which found that “PPD should make ECWs a standard issue tool for all uniformed personnel” and leave CIT for volunteer officers passionate about mental health.

Under the new policy, some police officers may still write off CIT as Taser training, as COPS found in their report. This view may have dangerous real world implications

The Declaration has previously reported on the case of Carmelo Winans, a man in a drug crisis who was shot by police shortly after the arrival of a CIT trained officer who could have de-escalated the situation.

Officer Richard Nicoletti, who shot Winans, and his partner had called for a “Taser-trained officer” but seemed not to care that this Taser officer also had intensive de-escalation training.

The final report of the COPS Office on Philadelphia’s implementation of its recommendations, including its recommendations about CIT, is being withheld from the public because Attorney General Jeff Sessions ordered COPS to stop reviewing police use of force.

The Declaration has filed a Freedom of Information Act request in order to obtain the release of the draft final report.