A clear date is now public for the grand opening of the Delaware Valley Intelligence Center: Friday, June 28, two weeks from yesterday.

Thursday night Mayor Nutter responded to the Declaration on twitter via his own twitter account, offering a new, and for the first time specific to-the-day, announcement of the full launch of Philadelphia’s new Fusion Center, housed in a former Defense Logistics Agency Complex off of Oregon Avenue in South Philadelphia.

The mayor toured the facility in December of last year (when it was originally scheduled to begin operations, according to earlier documents produced by contracting vehicle SOSSEC), at which time Mayor Nutter had stated “we’ll be open in March,” and further “…this center right now is proceeding ahead of construction schedule and below budget; it doesn’t get much better than that.”  During the same tour, Nutter also touted the “key step” which the DVIC constituted in insuring the safety of Philadelphians.

The Delaware Valley Intelligence Center will provide tangible security benefits for our region,” said Mayor Nutter. “At the most basic level, any first responder in the field with a radio will have ability to connect with the DVIC and share real-time information with a host of agencies. This is a key step for our City and region, the sixth largest metro region in the Nation, in preparing to respond to emergency situations.

Entrance to DVIC on Oregon Avenue. Photo by Dustin Slaughter

While the Mayor’s statement was not explicitly addressing such concerns, Nutter has responded directly to media reports that frame the operational theory of the Fusion Center model as fundamentally flawed, its relative benefit to public safety inconclusive at best, with not infrequent cases where a clear overreach of law enforcement into Constitutionally protected fora is based on the flimsiest of contributions to the greater good. These critical reports in the press in turn cited a Congressional report finding the Centers to be wasteful and problematic, using the DVIC as a particularly egregious example. The Mayor disregarded these findings:

I’m not going to get into the details of that report, I think those kinds of ideas are wildly wrong and outlandish,”

In November, the Philadelphia ABC affiliate Channel 6 ran a story titled, Is Philly’s anti-terrorism center a waste of your money?, which raised prevalent issues of waste and lack of oversight connected with the DVIC as an “all crimes” Fusion Center model, as well as with the at least *6 year duration of the facility’s still incomplete construction.

*The media and official reports claim planning for the DVIC dates to 2006. The Declaration has discovered presentations and documents from a member of SOSSEC’s board dating to 2003 which reflect planning directly linkable to the DVIC and to at least one current stakeholder. Additional plans for a similar regional operation can be traced to the 2003 formation of the Department of Homeland Security and new homeland security apparatus

An ambulance, windshield cracked and windows shattered, in the weeds on the DVIC’s northwest side

At a time of public calls for fiscal prudence and increasing scrutiny, as the City is facing a massive amputation to public services with the closing of approximately 2 dozen public schools – not to mention its entanglement in more than one large-scale labor dispute with vital municipal employees – the Mayor is well-advised to publicly account for a $10,000,000 initial investment in the project.

In December the Philadelphia Police Blog reported :“The City of Philadelphia has invested about half of the costs associated with design and construction of the new $20 million site. Federal grant dollars will cover the remainder of the costs. In addition, the City and federal government will also split the $2 million per year operational expenses as long as federal grant funding remains available.” 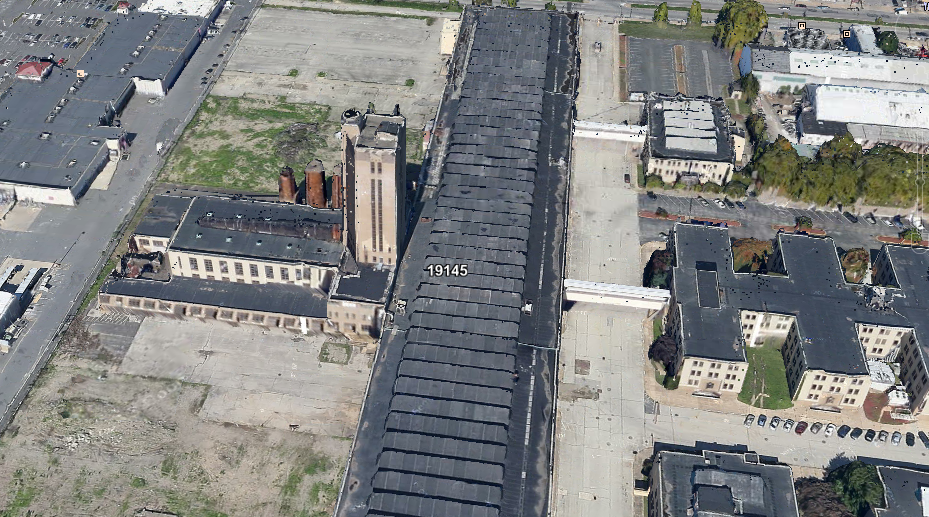 A smattering of official response to inquiry has contained no explanation for the delay, but plausible reasons why the 40,000 square foot information-sharing hub and multi-purpose law enforcement facility might be behind schedule easily present themselves. In addition to housing a DHS intelligence analyst and a FBI National Joint Terrorism Task Force unit, the “*DVIC Cell” as part of novel operations (*the DVIC Cell in fact relocatiing  from Norristown), the Philadelphia ordinance mandating the City’s role in the facility also called for the co-location of the Philadelphia Police Department’s Homeland Security Operations at the site.

Now six months behind an original December 2012 projected opening it is unclear what agencies have taken up residency. 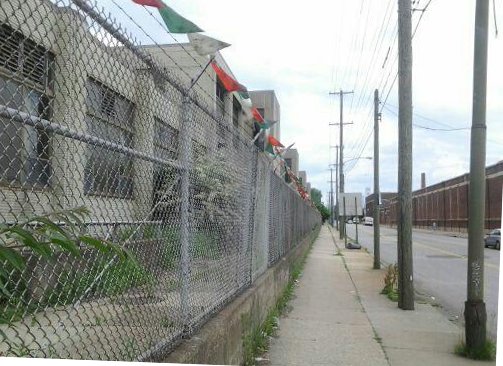 The 20th Street side of the DVIC has the appearance of an abandoned used car dealership, though some signs of activity can be detected within via fluorescent light peeking through papered windows. Photo by Kenneth Lipp

The Declaration recently visited the site to gauge visible signs of progress since our last report. Some additions were noted such as peripheral cameras and some pavement improvement; most memorably, the Editors encountered security at the facility for the first time.

A guard from a private security company was at first upset at his photograph being taken, however a later encounter (after the pictures were deleted in the man’s presence) at the main entrance was more casual. This guard and another in the booth on Oregon Ave. were the only persons to be seen on property. In three visits to the DVIC, this writer has yet to see a vehicle exit or enter the premises.

For those who are hopeful for the delivery of the Center’s promised benefits to public safety, it may be a comfort to know that Philadelphia area law enforcement will not be driving blind while awaiting the ribbon-cutting. The Delaware Valley Fusion Center was envisioned for the purpose of networking under one “roof” the resources of  many existing incident reporting mechanisms and indeed other fusion centers in a 5 state region, including a fusion center in nearby West Trenton with a nearly identical concept (also a SOSSEC project), and five fusion centers already operate in the immediate Philadelphia metro area. 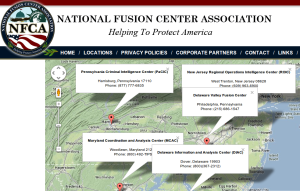