UPDATE: Smokedown has had smoking and citations given and keeps on. Mike Salvi has it live.

Smokedown 7 is still rollin’ at Indy Mall, corner of Market and 5th Street. The exact time for observation of marijuana meditation has been kept a secret, but you can expect the Little hand will be on the 4. Poe is on the street with a sign waving like he’s in Atlantic City. 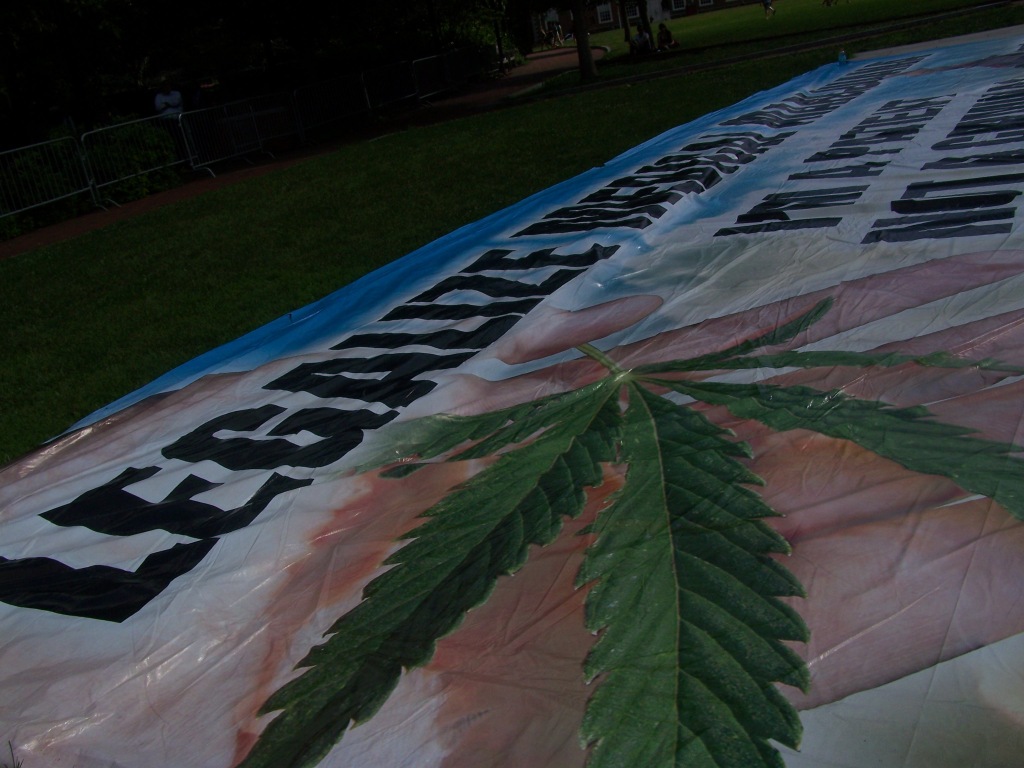 Breaking: Adam Kokesh had notified organizers of his intention to attend the event, however, earlier today Mr. Kokesh was taken into custody by Federal agents for charges stemming from a video made in Downtown Washington, DC – featuring Kokesh loading and cocking a shotgun. Carrying a “Rifle or Shotgun (outside Home or Place of Business), is in violation of 22 D.C. Code Section 4504 (a-1) (2001 ed.) The maximum penalty for those who have not previously been convicted of a felony: a fine of $5,000 and/or up to five years in prison.” Adam Kokesh has admitted that the video is authentic

The combination of less pressure from law enforcement and the absence of the Adam vs the Man host and his black t-shirt clad entourage gives one the impression that tonight will probably go down with a bunch of people getting stoned, several arrested, and a brief, civil detention and processing will be conducted – which is what everyone who came to smoke should and mostly did come prepared to take. And without the tension we can all talk.

I won’t be able to join you, my press pass is my Red Cross, but wave.

Mike Whiter of PA Veterans for Marijuana Legalization marshaled the waving of this enormous banner. Photo by Kenneth Lipp

Yet again, the Smokedown is critical enough a criminal event that US Attorney Golderberg, suit, casual stretch, felt the need to attend 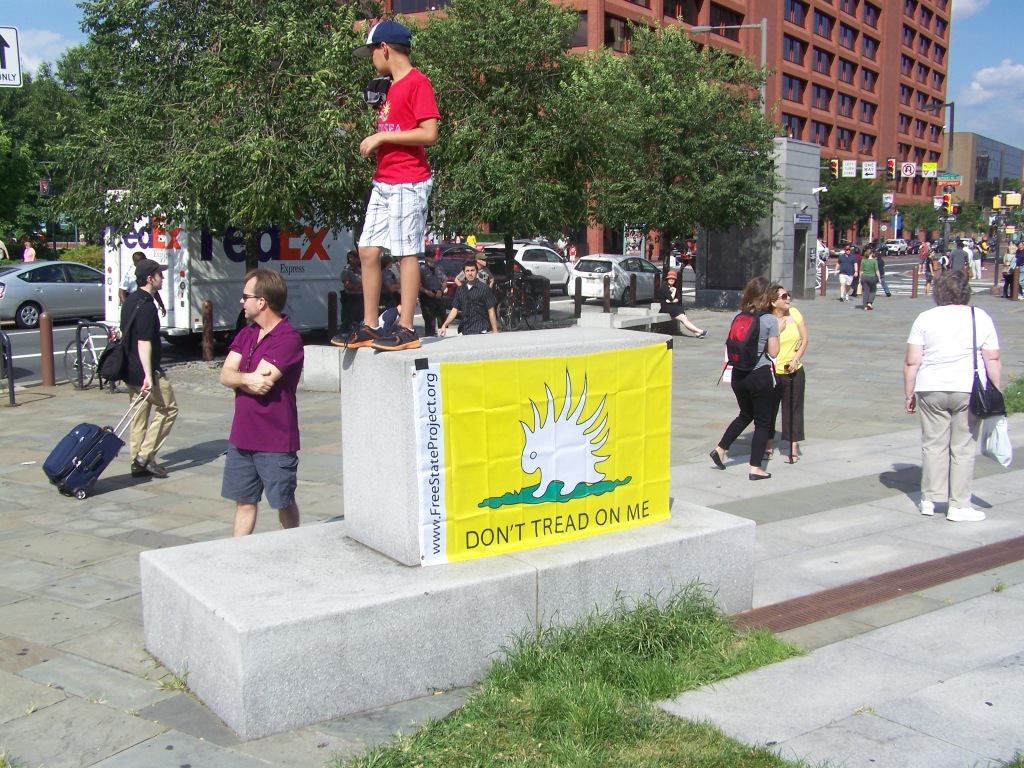