Below are two days of protests in Philadelphia over the murder of 18 year-old Ferguson, Missouri teenager Michael Brown. Community members here are not only venting frustration, anger, and sadness over Brown’s killing, but demonstrating over police misconduct and a lack of accountability in their neighborhoods, too.

They’ve also put out a call for people to continue rallies and organizing to fight what they perceive as an epidemic of police violence. You can see more of The Declaration’s coverage about these events here and here.

A lady smokes a cigarette while listening to speaker. 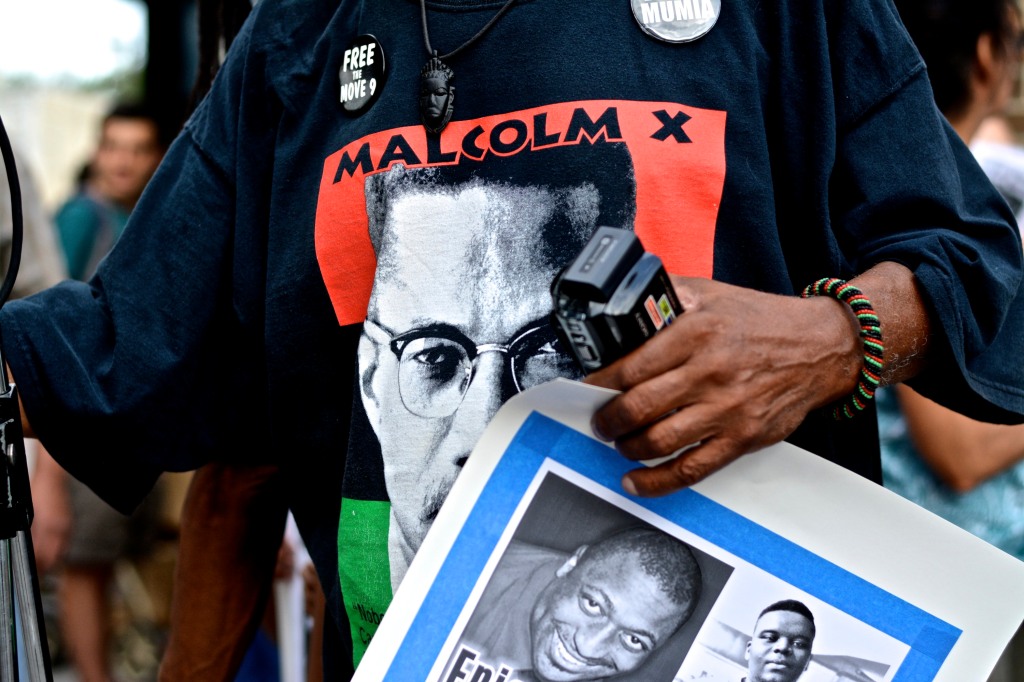 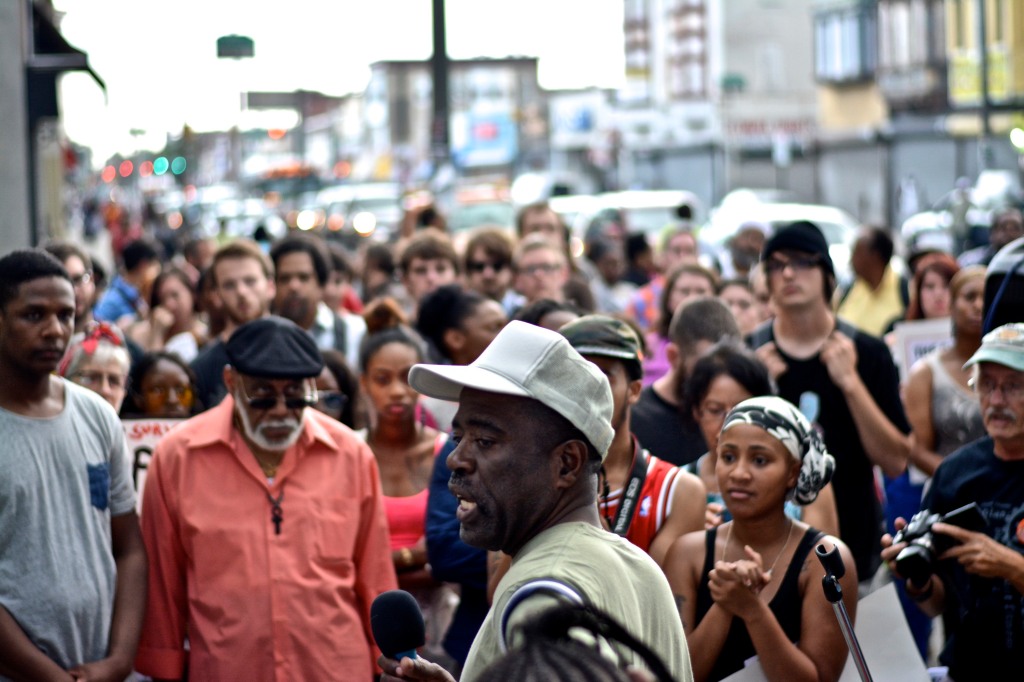 Crowd watches and listens to man as he tells his story of police brutality. 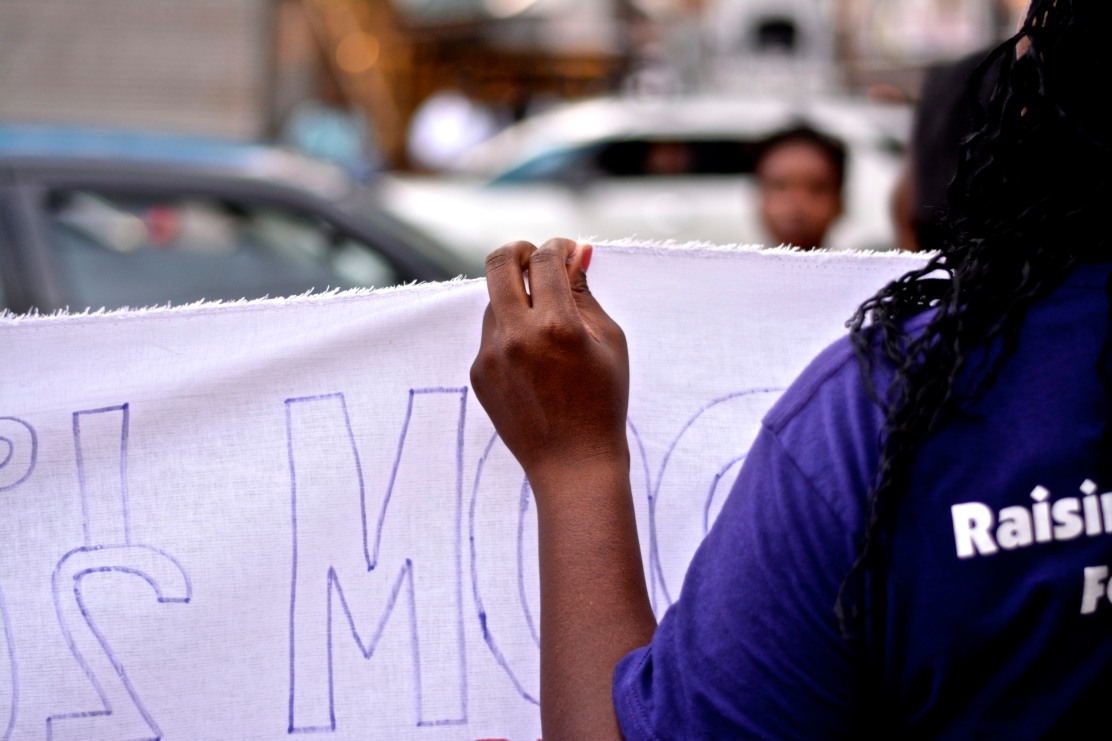 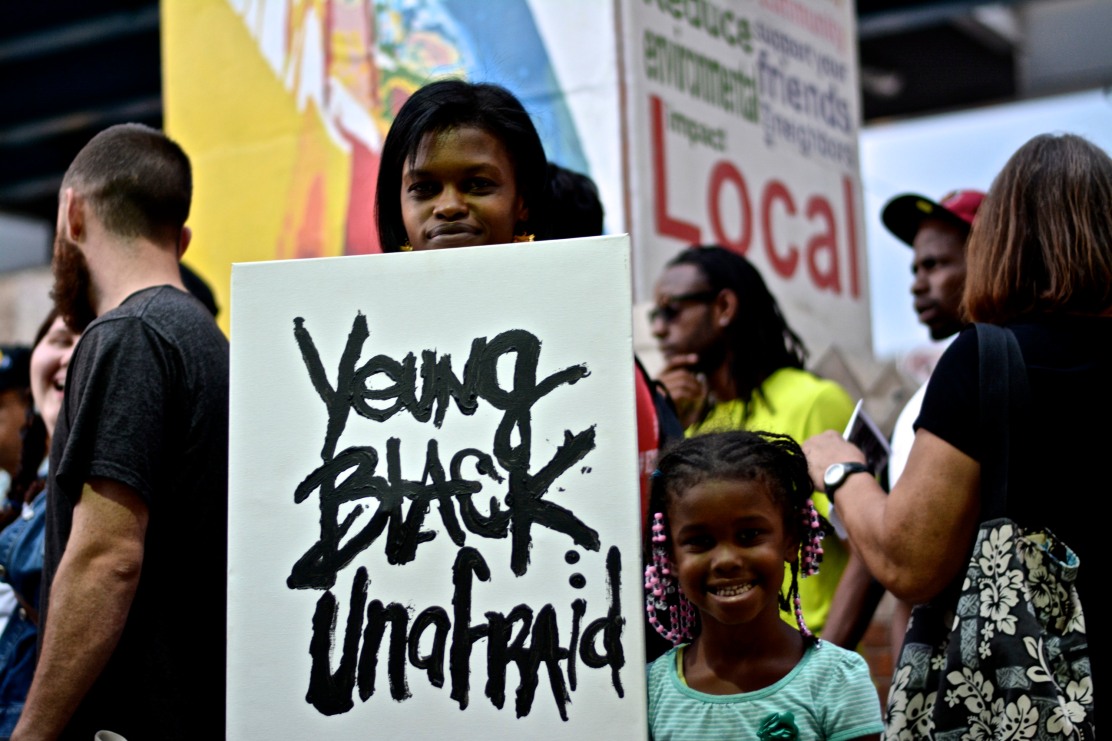 A march from 52nd and Market takes off down Market St.

Lady reads a flyer handed out. 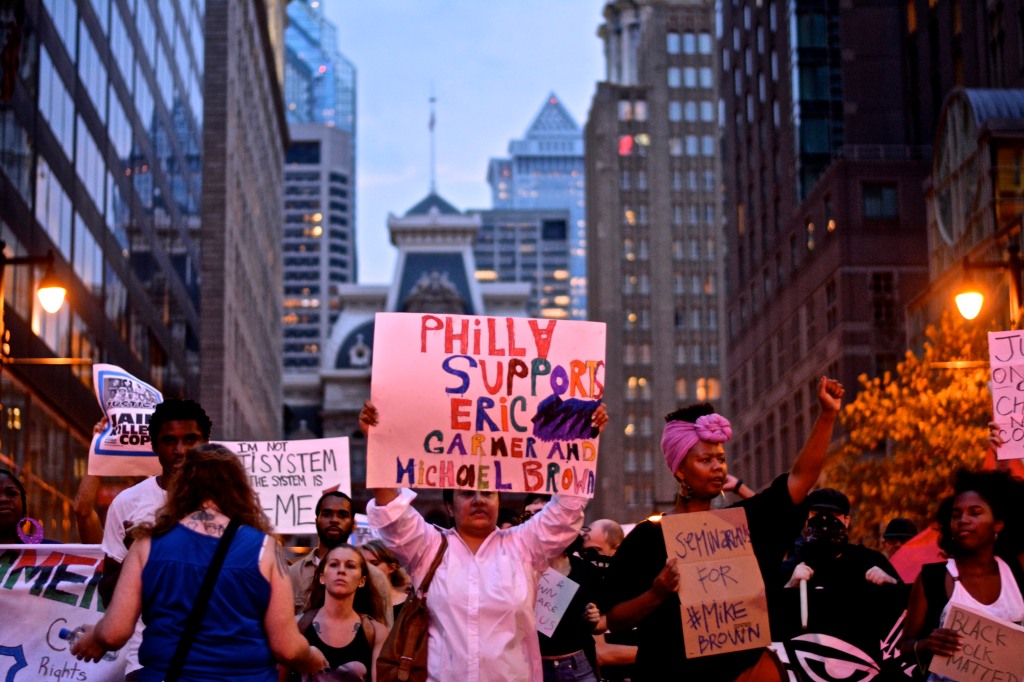 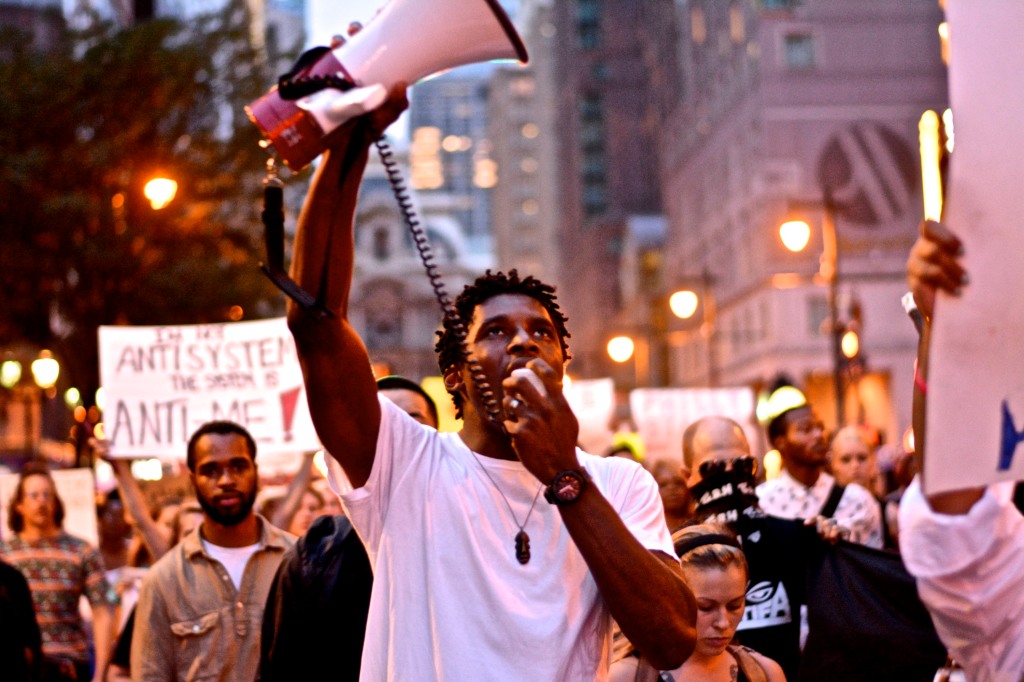 Bystanders watch as march to Philadelphia Police HQ goes by.