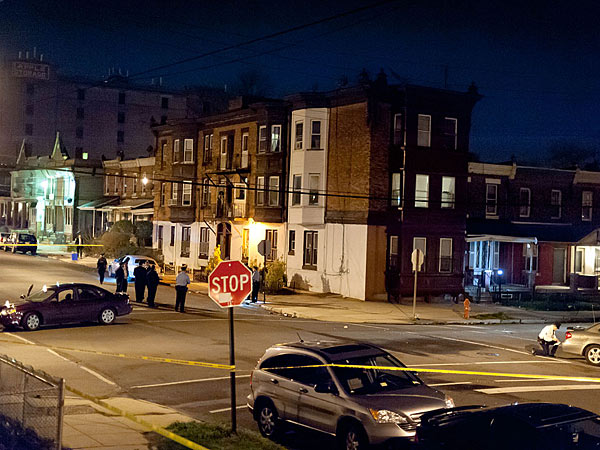 By Aubrey Whelan and Mike Newall (Philly.com) – Philippe Holland’s last delivery of the night Tuesday, a cheeseburger deluxe to a West Philadelphia rowhouse, was an order so small he didn’t bother to carry his pizza delivery bag. His hoodie was up, his hands in his pockets, police say, as he walked back to his gold Ford Taurus, parked on 51st Street near Willows Avenue.

The 20-year-old from Upper Darby had been running orders two nights a week for Slices & More for a few weeks. That was on top of another job at an airport restaurant.

Maybe he had heard the gunshots two blocks away – the ones two plainclothes officers were responding to – when they attempted to stop him just before 10 p.m. Moments later, they riddled the Taurus with 14 shots.

The officers did not tell investigators that they believed Holland was carrying a gun, police spokesman Lt. John Stanford said.

The department’s use-of-force guidelines dictate that officers “shall not discharge their firearms at or from a moving vehicle unless deadly physical force is being used against the police officer or another person present, by means other than the moving vehicle.”