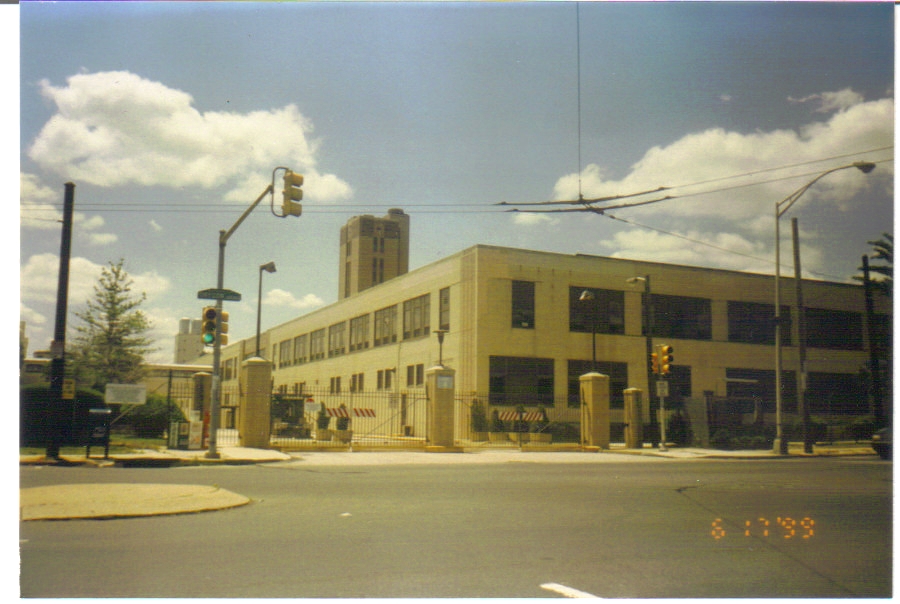 The future site of the Delaware Valley Intelligence Center in South Philadelphia. The center is expected to open in March 2013.

The folly of domestic security intelligence-gathering centers, or fusion centers – now facing criticism from both sides of the aisle in Washington, D.C. – is about to stumble into Philadelphia, with our cash-strapped city footing $10 million of the $20 million bill amid the expected closing of 37 public schools.

The Delaware Valley Intelligence Center (DVIC) will be a new fusion center under the control of the Southeast Pennsylvania Regional Task Force, but is under the auspices of a dizzying amount of federal and local bureaucracy, including the Department of Homeland Security and Department of Justice, which typically set operational guidelines for the over 70 (known) fusion centers throughout the country.  The DVIC’s actual development is being led by an Army program called The System of Systems Security (SOSSEC) Integration Initiative as well as the Philadelphia Police Department. The fusion center is scheduled to begin intelligence gathering in March of 2013 and will be located in a renovated South Philadelphia warehouse.

The DVIC, according to a Philadelphia Police Department release issued on December 19th, 2012, “will bring together federal, state and local law enforcement agencies in a collaborative effort to provide resources, expertise and information with the goal of maximizing every agency’s ability to detect, prevent, investigate and respond to suspicious or hazardous activity.”

A DVIC brochure (PDF) can be downloaded here.

Proponents of this massive 40,000 square foot intelligence-gathering center – including an enthusiastic Mayor Michael Nutter – insist that it will be a model example of taxpayer-funded efficiency. In fact, his full-throated defense of the DVIC – wherein he calls an extremely critical Senate report on the inefficiency of DHS fusion centers as “wildly wrong and outlandish” – belies how much he’s depending on the DVIC to usher in new jobs for the area. The center will be staffed by approximately 130 personnel, according to L.R. Kimball, an engineering firm tasked with building the massive facility.

Inspector Walter Smith, who will be chief in command at the DVIC, has not returned a request for comment on the Senate report.

Who Do Fusion Centers Protect and Who Do They Serve?

Mayor Nutter and law enforcement officials appear to be ignoring a stark reality now plaguing the growth of these often lauded but clearly underperforming fusion centers: They are an enormous waste of taxpayer money (since September 11th, 2001, the cost for construction of fusion centers and their operations have totaled $1.4 billion) and perhaps more importantly, are trampling on Americans’ civil liberties.

A Senate report (in full available here and a summary here) issued on October 3rd, 2012 “could identify no reporting which uncovered a terrorist threat, nor could it identify a contribution such fusion center reporting made to disrupt an active terrorist plot.”

It’s troubling that the very ‘fusion’ centers that were designed to share information in a post-9/11 world have become part of the problem. Instead of strengthening our counterterrorism efforts, they have too often wasted money and stepped on Americans’ civil liberties.

Harold “Skip” Vandover, a former director at the Department of Homeland Security’s reporting branch, is quoted in the report with regards to the actionable “intelligence” being fed to analysts at fusion centers:

There were times when it was, ‘What a bunch of crap is coming through.’

Questions about the real focus of fusion center intelligence gathering and analyzing must be asked, especially in light of recent revelations that centers were actively collecting information (with the help of the FBI and private sector entities such as the Federal Reserve and Wall Street banks) on the Occupy Wall Street Movement, which counter-terrorism officials considered a domestic terror threat despite its clear use of non-violent tactics.  What has also become known through a Freedom of Information Act (FOIA) request by the Partnership for Civil Justice fund is that the FBI may very well have been aware of sniper plots to assassinate Occupy organizers in Houston, Texas and Gainesville, Florida, but did not alert activists to this threat.

When Philadelphia public education is facing unprecedented cutbacks and other vital public services such as homeless shelters and SEPTA are feeling the effects of austerity, has Mayor Nutter, his administration and city government stopped to ask: Is this $10 million project actually worth the cost to taxpayers and our civil liberties?

The Declaration will continue to update our readers on DVIC activity as it becomes available.